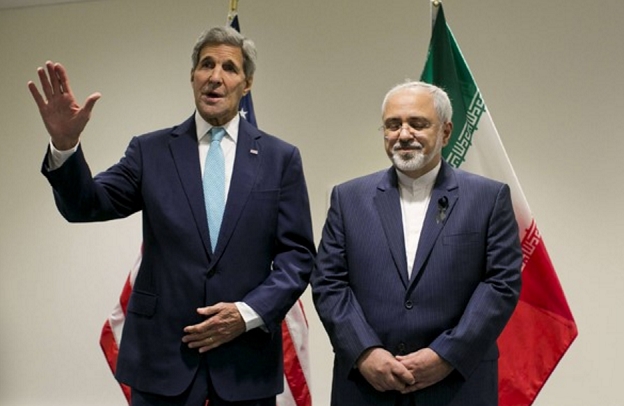 Iranian Foreign Minister Mohammad Javad Zarif and US Secretary of State John Kerry met on Saturday prior to the release of IAEA report which is to be published in matter of hours.

The two foreign ministers reviewed commitments undertaken by the two parties required by the Joint Comprehensive Plan of Action.

IAEA has not issued any reports on verification about the actions Iran was expected to take.

IRNA reporter in Vienna said that after the UN nuclear agency releases the report that Iran honored commitment to JCPOA, Foreign Minister Mohammad Javad Zarif and EU Foreign Policy Chief Federica Mogherini are due to release a statement to declare implementation of the JCPOA.

Such declaration will put an end to all the arbitrary sanctions on Iran, IRNA reported.

Total and Shell’s Executives in Tehran; Hours before Lifting Sanctions

International sanctions on Iran are expected to be lifted on Saturday under the terms of a nuclear deal agreed last year.

Iran has pledged to ramp up its oil production shortly after sanctions are lifted.