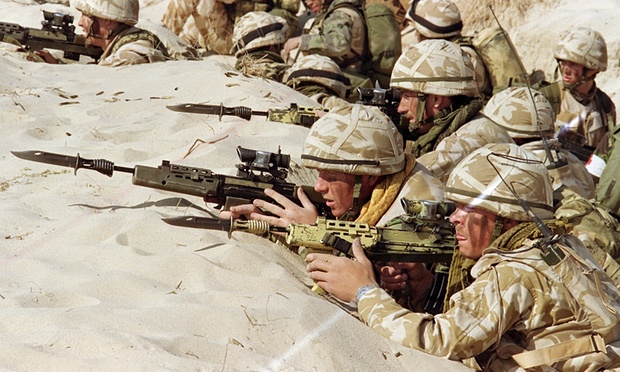 The Royal British Legion is calling on the government to do more to help veterans suffering from Gulf war syndrome.

Up to 33,000 former soldiers could be living with illnesses linked to serving in the Gulf, where operations began 25 years ago, and it is not known how to effectively treat them, according to the charity.

Acute and chronic fatigue, muscle pain, cognitive problems, rashes and diarrhoea are among the symptoms; and the charity is urging the government to conduct more research into the issue.

“We know the health of ill Gulf war veterans continues to be an important area for the government, which is why the Legion is calling for investment into research so we can understand how to improve the lives of those affected.

In addition, we ask for formal communication channels to be established to convey the results of US research developments to Gulf war veterans living here in the UK.”

From 1991, 53,462 members of the British armed forces were deployed to the Gulf as part of Operation Desert Storm, the US-led campaign against the Iraqi invasion of Kuwait. Active combat operations began on 17 January 1991.