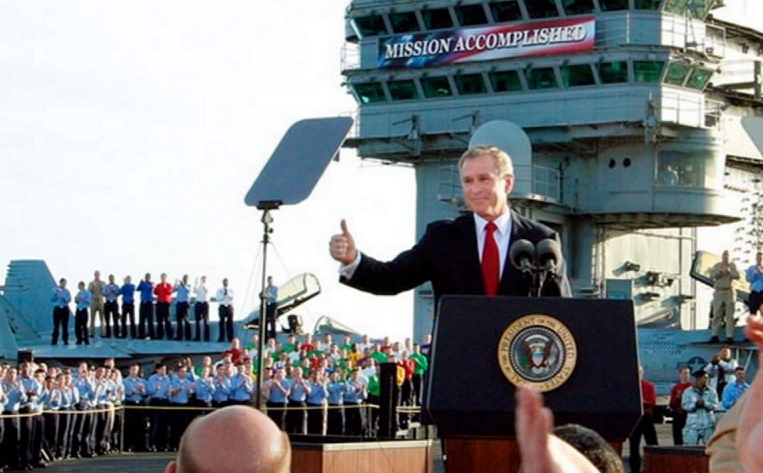 This week President Obama, while riding around in his classic 1963 Chevrolet Corvette with comedian Jerry Seinfeld, set the tone for his last year in office.

“How many world leaders do you think are just completely out of their mind?” Seinfeld asks.

Obama’s personal list starts with Netanyahu, Merkel, Cameron and Erdogan, long before he gets into the dozens of tinpot dictators that come to mind along with those who might well say the same thing about Obama himself.

What the world doesn’t see, not unless they read between the lines, is the secret brotherhood between Obama and Putin, who share far more than many guess.

The secret phone calls and continual impromptu meetings between the two, orchestrating the Iran and Syria settlements, and much more, so much more, have taken place for a variety of reasons. That both see most world leaders are malignant narcissists, total nutcases is what cemented one of the great secret friendships of all time.

There is another reason, one far more threatening to world events. Obama doesn’t trust the American military. He named Chuck Hagel, now “moved on with life,” as his Secretary of Defense and General Martin Dempsey as his Chair for the JCOS.

They were chosen precisely because they share Obama’s view of the military, as does Vice President Biden as well, that America’s military leaders are mental cripples, delusional, paranoid and morally repugnant.

Let’s take a quick look at what America’s military is actually doing or what it may well be doing. We know now that the American invasion of Iraq was based on intelligence so phony that any child could have figured it out. However, those who spoke out at the Pentagon were fired, all of them, and replaced by “true believers,” and by that we mean corrupt, insane and ambitious.

Since 2001, there has been nothing else in the Pentagon but the corrupt, insane and ambitious.

Here are some things we know:

Let’s take a look at a few anecdotal issues that may help put American military thinking in perspective. I served in the US military in Vietnam, in a Marine special operations unit. There was a general consensus that America was clearly on the wrong side in Vietnam. Stating otherwise would make eyes roll. The South Vietnamese government was brutal, corrupt and illegal based on the Paris peace accords of 1954, and everyone knew it.

Americans who fought the war did so knowing it was wrong and, at least those who were not brain dead, did so in hopes that the Cold War would end and there would be no more useless bloodbaths such as Vietnam, one that killed off a generation of Americans.

That thinking, predicated on the belief that world politics were just that, “politics” and not as President Kennedy had pointed out, prior to being murdered, secret societies and organized crime, proved to be flawed.

The wars continued, each more corrupt, more vacuous than the next until the United States eventually became so discredited that no sane person could see America as anything other than the inheritor of the Soviet mantle in the struggle for not just world domination, but enslavement of mankind.

Does this language seem a bit stretched, overstated and, perhaps, harsh? Were you to see, on a daily basis, what I see, page upon page of intelligence reports and government communications, you would know I only write this with the greatest reluctance. There is no joy in it.

I am assured by my COS, Colonel James Hanke, that within the American military community there is an ever-growing resistance movement. I remember meeting a group of flag officers in Garmisch-Partenkirchen, Germany after 9/11. We were at the Marshall Center for a meeting but in order to talk, walked across the street to the Artillery Kaserne, meaning “the grocery store.”

There we talked in front of the meat and cheese counter, facing outwards so we could see who was listening. Other meetings took place at the bowling alley next to the old Patton Hotel, a wonderful place, long since abandoned.

Let’s take the clock back further, back to Reagan’s first year in office. I was at a meeting in Miami between former members of the Garde Nationale, the Nazi death squads of the Somoza regime in Nicaragua and the US Army’s advisory group operating in Honduras.

The US “backed” contras fighting in Nicaragua were actually 100% paid mercenaries, much like ISIS — trained, armed and led by Americans. I sat with maps in front of me showing infiltration routes into Nicaragua, while our “Garde” friends passed on lists of those to be killed, all communists they said, “Infrastructure” and “cadres.”

The lists included teachers, nurses and, in more than one instance, personal grudges. The Americans in the room were lapping it up. I remember the Special Forces colonel sitting next to me. I stopped the meeting and took him out of the room. He was buying into all of it, perhaps out of a need to relive the “glories” of Vietnam, or how those imagined “glories” seemed more than a decade later, the real memories of the horrors long suppressed in Pollyannaism.

Someone then said, “If we want to do what is needed, perhaps we can start by killing half the people in the room we just left.” Maybe it was me that said it, maybe not, I just don’t remember anymore.

Today these meetings are going on around the world. American military commanders in Turkey, Ukraine, Romania, Latvia, Poland and a dozen other places as well, all sitting in rooms being told who should live or die based on the opinions of terrorists, petty criminals and rabid monsters.

There is a daily briefing of world news the Pentagon uses called the Early Bird. Quite often the lead articles that are instilled into the collective delusional belief base at that bastion of military thinking come from this publication.

On many occasions, not a few but many, articles are selected for Pentagon consumption that were in fact written and published in order to become part of what one might call an “imaginarium.”

You see, when the Pentagon read hoax stories of sarin gas attack by the Damascus government, later proven to have been staged by Turkish intelligence aided by the CIA, gas produced at an American facility in Tbilisi, Georgia, the lie lived and the truth never got through.

The truth was never in the Early Bird.

If you stop someone in the Pentagon and ask them when Russia invaded the Ukraine and how many tank divisions are there, waiting to attack Western Europe, they will have an answer. That answer won’t be; “Are you friggin’ nuts.” They will take out their phones and show you photos of the Russian tanks, photos long proven to have been a decade old, long exposed as a hoax.

Do this, ask someone in the American military how many angels can dance on the head of a pin. Do it, please. Then you will understand how much I have understated here.

Then look at the list of candidates running for President. How lonely will Putin be when there is no one to stand between Russia and the lunatics that run the American military?

Gordon Duff is a Marine combat veteran of the Vietnam War who has worked on veterans and POW issues for decades and consulted with governments challenged by security issues; and is a senior editor and chairman of the board of Veterans Today, especially for the online magazine “New Eastern Outlook”.