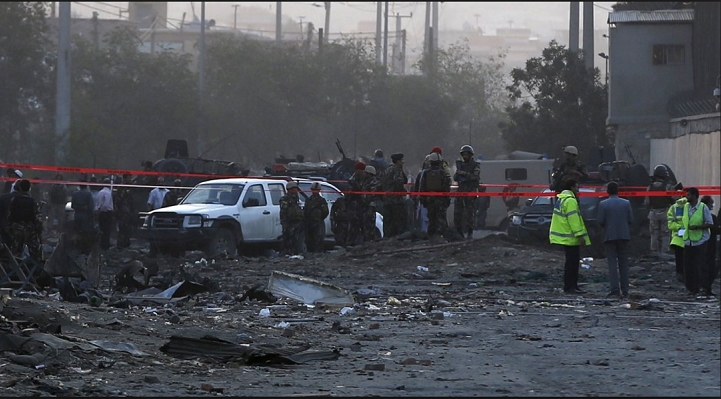 In Afghanistan, the New Year 2016 kicked off with a spate of blasts in the capital Kabul, marking a wholly bloody year ahead. While the fast-growing world prospects to live new lives with people’s mind at peace and focused on innovation, people of Afghanistan plead with government, international community and the West for no more than a security and an end to hypocrisy and human toll.

It is quite difficult to gain an insight into the nature of peace negotiation as to what the Taliban leadership really looks for. In previous peace gatherings, there was no presence of real Taliban leaders – who might take mild stances. The drive under reconciliation with Taliban is rooted in Islamabad, to be exact; it is a Kabul-Islamabad matter of argument.

It is crystal clear that AF-Pak conflict resolution efforts would end up in vain if taken on single-handedly. Involvement of Pakistan’s strategic partner, China, and the U.S would lay the base for a process to lead into optimism for somewhat compromise.

In the opening remarks at the quadrilateral peace conference in Islamabad, adviser to Prime minister on foreign affairs and Pakistani representative at peace talks Sartaj Aziz opposed any preconditions for the peace dialogue. This is while Afghan president Ashraf Ghani at a national gathering earlier had proclaimed some points as prerequisite for the peace process. “We’ll never compromise on Afghan sovereignty”, “as autonomous state, we will not allow any foreign state to tell us which country we should be friend with and which not…”

His revelation was meant to deliver the message to responsible Pakistani officials. Such rhetoric could certainly draw Pakistan’s opposition and drive a fruitless conclusion in the effort. What Sartaj Aziz hinted during his initial statements at the peace platform was a feedback to Ghani’s remarks.

Ghani’s declaration of not allowing any foreign state for what said above was a warning to Pakistan’s insistence to break off with India.

The peace campaign should be framed as “Kabul-Islamabad peace negotiation”, not to mention the Taliban. Sartaj Aziz’s words underscore “inevitability” of some concessions on the part of Afghanistan once the two sides strike a deal.

China’s involvement in the drive will not yield any significant gain for Afghanistan. The two intermediaries – China and the U.S – are engaging in a bid to put weight behind the importance of campaign and push the two conflicting sides for a quick fix to the row, yet it is not guaranteed.

The world’s second largest economy is impatiently looking forward to a speedy AF-Pak resolution. It envisions implementing of the Silk Road project and dozens of other mine extraction schemes in Afghanistan.

If any inexpressibly secret concession is made as result of so-called peace negotiation – probably behind closed doors – it may not go public all at once, rather in less-intensive manner to avoid public fury.

When it comes to public opinion about peace talks, it is sharply dismissed as “garbage”, while Afghan elite class views it costly to Afghan sovereignty, due to an established fact that Afghan power base is overshadowed by Pakistan.

The second round of this quadrilateral peace talks was held this Monday in Kabul preceded a day by a deadly suicide blast on an Afghan politician’s guesthouse in eastern Jalalabad city of Afghanistan. The mishap – just like past experiences – was clearly intended for a blow to any initiative under peace process.

Taliban’s divergence into factions, rise of the Islamic State terror group and a lack of steady critical position in the fight for terrorism have spoiled the peace effort, adding to the odds of losing ground.

Finally in response to Kabul’s demands, Taliban put forward 3-point preconditions to Kabul amid bids to reach a peace conclusion. The group still reiterates its old conditions, two of which are far beyond acceptance. By stipulating such insane conditions, they [Taliban] tell Afghan govt. there is no way to the path of peace at all.

First, all international forces should step out of Afghanistan. Second, war should end and third, Islamic Emirate of Afghanistan should take over the power in Kabul.

When Indian consulate was raided by armed militants in northern Afghan city of Mazar-e Sharif weeks ago, it gave rise to voices in favor of India in Afghanistan. Last week Pakistan’s consulate in eastern Jalalabad city of Afghanistan saw a powerful blast, a strike that hit the balance between India and Pakistan’s suffering in Afghanistan.

What remains in question is who organized the attacks. If both are held responsible for striking each other’s position, it can be termed as “proxy war”. But if Pakistan’s Jalalabad office is targeted by non-Indian mercenaries or by those came along the way from Pakistan, it is a sign of perilous game aimed to avoid public tendency in support of India.

If Pakistan’s demand to lessen India’s role in Afghanistan does guarantee an end to violence in Afghanistan even in part, it would meet with cheers from a large majority of Afghan nation. Afghan war is too complicated to understand as it doesn’t pursue a single objective. Apart from the key drivers of this conflict, the other factor causing war is to seize control of the regions with abundant underground minerals.

Taliban fighters are, in some fields, playing as miners, forgetting their so-called sacred duty
“Jihad” in the way of God. It is among main extremist funding source following drug. Local warlords create teams of armed men to push security forces back and cling on to naturally rich grounds. According to reports, some 50 Afghan parliament members are involved in the illicit business of smuggling valuables abroad.

For holding shared strategic interests with U.S, China and Saudi Arabia, Pakistan is let loose to aid and abet militants and deal with regional issues at its own will.

The U.S government blacklisted Islamic State terror group in Afghanistan, whilst supplied Afghan air force with four warplanes, drastically insufficient for a largely rebel-held territory. One-and-a-half decade long war really discredits the U.S’s position in war on terror. The U.S should now come to make a landmark change by sternly pushing involved sides for a 50-50 deal, urgently with the use of ongoing peace talk.

The reason why Afghan government doesn’t win as many support from major powers is the absence of confidence. Afghan system is comprised of a broad range of people from different parties, almost all of whom works for regional and extra-regional powers. This mixture has led to a state of “no trust” for major powers.

Take “Russia for Syria” as example. Syria would have winded up in today’s Afghanistan if Russia didn’t move in militarily to ditch Syria of Islamic State of Iraq and Levant (ISIL) terror group. The group has been succumbing to deadly Russian air strikes and ground offensives from Iraqi forces; even though the group’s supporters [financiers] continues to beef up and arm them to the teeth to, for instance, let oil smugglers keep up their job.

In the modern-day era, it is highly vital for least-developed or developing nations to retain a shared interest or deep-rooted alliance with a regional or global power that could go as far as to serve as shield against any colonial impulse.

Afghanistan, Iraq, Libya, Syria and other nations invaded today didn’t have nuclear arsenal at the time of going under occupation, while Iran and North Korea are battling with West for running nuclear enrichment programs. It is “this” that has kept invasion out.