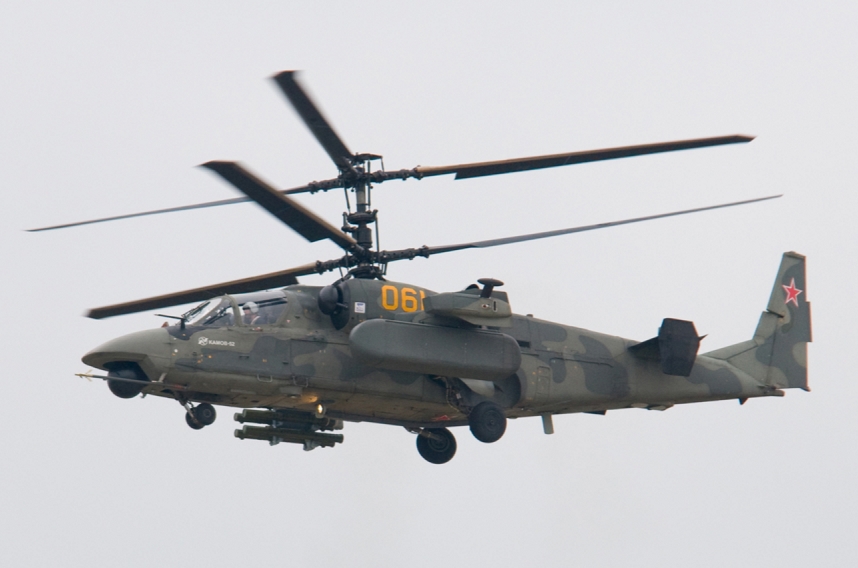 ERBIL, Kurdistan – Boosting its military presence, Russia is deploying advanced Kamov Ka-52 helicopter gunships in Syria to protect its Latakia airbase and take part in combat rescue operations.According to IHS Jane’s, a website specialized in defence and aerospace news, this will be the debut for Russia’s newest military helicopter, which will provide security for the Russian air base in Syria’s western province of Latakia.
That is the base for many of the advanced Russian jets that are carrying out air strikes across Syria against various armed groups opposed to the Moscow-backed Syrian President President Bashar al-Assad.

“As with much of the newer equipment the Russians have deployed in Syria, this will be an opportunity for Moscow to test out its newest helicopters in a real war zone for the first time.

The gunships will be equipped with advanced counter measures aimed at defending against guided surface-to-air missiles.

When a Russian attack plane was shot down by the Turkish air force over the Syrian-Turkish border on November 24, a Russian Mi-8 helicopter attempting a search-and-rescue operation of the pilots was also destroyed by ground fire.