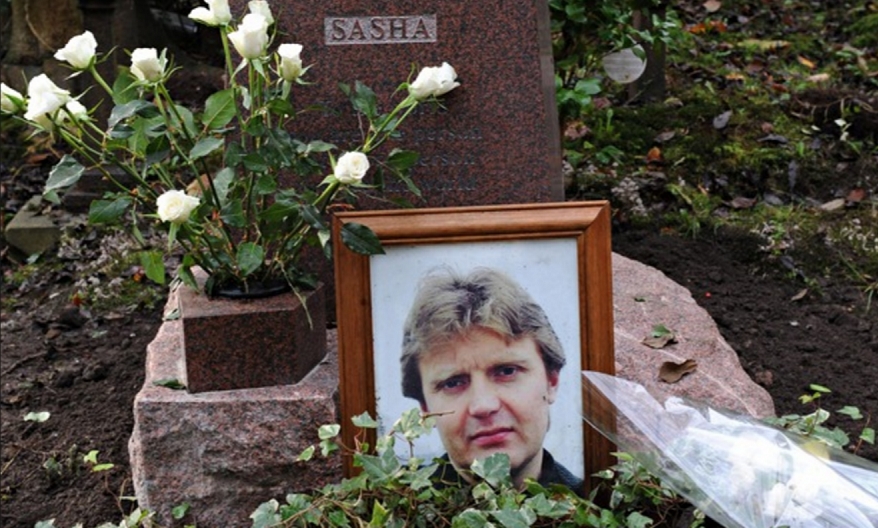 The grave of murdered ex-KGB agent Aleksandr  is seen at Highgate Cemetery in London, Britain, January 21, 2016.
The brother of Aleksandr Litvinenko says the UK government had more motivation to kill him than Russia did, despite a British public inquiry which concluded that President Putin “probably” approved the assassination.

Maksim Litvinenko, Aleksandr’s younger brother who lives in Rimini, Italy, responded to the Thursday report by saying it was “ridiculous” to blame the Kremlin for the murder of his brother, stating that he believes British security services had more of a motive to carry out the assassination.

“My father and I are sure that the Russian authorities are not involved. It’s all a set-up to put pressure on the Russian government,” Litvinenko told the Mirror, adding that such reasoning is the only explanation as to why the inquiry was launched 10 years after his brother’s death.

He called the British report a “smear” on Putin, and stressed that rumors claiming his brother was an enemy of the state are false. He added that Aleksandr had planned to return to Russia, and had even told friends about the move.

Litvinenko went on to downplay his brother’s alleged role as a spy, working for either Russia or MI6, adding that the Western media is to blame for such characterization.

“The Russians had no reason to want Alexander dead,” he said. “My brother was not a spy, he was more like a policeman…he was in the FSB [Russian Federal Security Service] but he worked against organized crime, murders, arms trafficking, stuff like that.”

Litvinenko was murdered in London in 2006, when assassins allegedly slipped radioactive polonium 21 into his cup of tea at a hotel. But his brother Maksim cast doubt on whether that was actually the poison used, saying he believes it could have been planted to frame the Russians.

“I believe he could have been killed by another poison, maybe thallium, which killed him slowly, and the polonium was planted afterwards,” he said. He added that requests to have his brother’s body exhumed, in order to verify the presence of polonium, have been ignored by Britain.

“Now after 10 years any trace [of polonium or thallium] would have disappeared anyway, so we will never know,” he said, adding that British authorities had not collaborated with Russian investigators on the case.

“This case became a big PR campaign against the Russian government and its president in particular,” Maksim Litvinenko told RT in an interview in 2014. “The West is pressuring Russia very hard now. The MH-17 crash, Crimea, the war in Ukraine, sanctions against Moscow and now this inquiry – I’m not buying that this is a coincidence.”

When asked why Aleksandr Litvinenko’s widow Marina continues to maintain that the Kremlin is responsible for the murder, he said: “She lives in London, to survive she has to play the game and take this point of view. She can’t say anything else.”

Russia’s UK ambassador, Alexander Yakovenko, told RT that the inquiry’s conclusion was “not justified,” and that the investigation was “very politicized” and “biased.”

“In order to prove something, you have to present the facts. As soon as the British side proves…their conclusions, we will be ready to consider [them],” the ambassador said, adding that the Russian side “did not even have a chance to study the documents [of the investigation].”