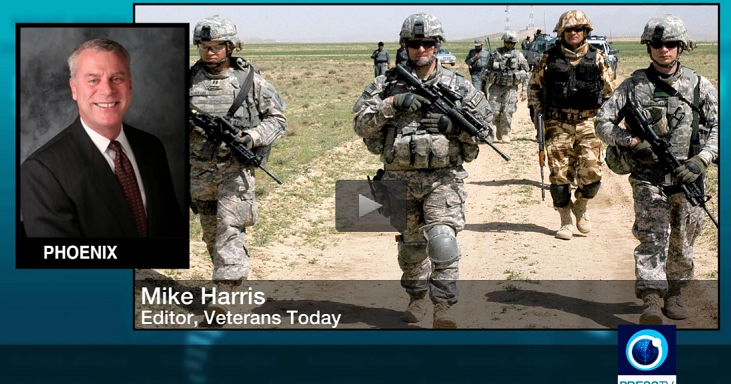 US reconstruction projects in Afghanistan are “political corruption” by Pentagon officials and a way to steal American tax money, an American journalist in Phoenix says.

“What the American people and the people of the world need to realize is that many of these Defense Department reconstruction projects are nothing but political corruption,” said Mike Harris, a financial editor at Veterans Today.

“They don’t have the best interest of the Afghan people at heart, but it (reconstruction projects) makes great political rhetoric,” Harris told Press TV on Thursday.

A US government watchdog has found that a Defense Department agency wasted millions of dollars on reconstruction projects in Afghanistan.

TFBSO, a division of the Pentagon established in 2006 to “stabilize” the post-invasion Afghan and Iraqi economy, has spent some $800 million on development projects over a five-year period.

The US Congress created SIGAR to provide independent and objective oversight of the Afghanistan and Iraq reconstruction funds.

Speaking before senators from a special committee on military management, Sopko said had “not been able to find credible evidence showing [the task force’s] activities in Afghanistan produced the intended economic growth or stabilization outcomes that justified its creation.”

“On the contrary, [its] legacy in Afghanistan is marred by unfinished, poorly planned, and ill-conceived projects.” The US and its allies invaded Afghanistan on October 7, 2001 as part of Washington’s so-called war on terror. The offensive removed the Taliban from power, but after 15 years, the foreign troops have still not been able to establish security in the country.

Despite a previous pledge to withdraw all US troops from Afghanistan by the end of next year, US President Barack Obama has announced plans to keep 5,500 of the troops in the country when he leaves office in 2017.