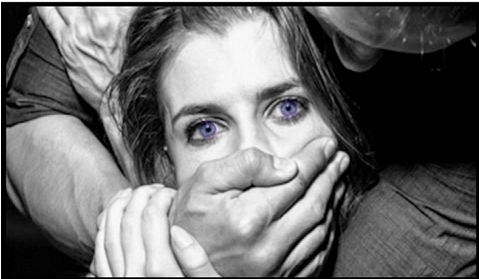 Editor’s note:  UK justice advocate JAH weighs in on what is a major European issue, one often under reported in the West, which makes both controversial and inflammatory reading.  Proceed at your own risk. g

Rape as a weapon of war against the white race

As a follow-up to my article proving that there are NO real Muslims, I’m now going to address their molesting and raping of white women, and the ONLY way to deter and stop it.

The reports of wide-spread raping of white women by immigrants into Europe is reaching epidemic proportions, and being fuelled by the false teaching of false imams and leaders and their encouragement to do so.

It is reported by women who have been raped repeatedly by ISIS (Israeli Secret Intelligence Service) militants that ISIS fighters are under orders from Abu Bakr Al-Baghdadi who is a NOT a Muslim, but is really a Mossad agent, to rape captured women (those whom their right hand possesses).

Also that rape by at least 10 so-called Muslim fighters makes the woman a Muslim, which is more absolute satanic evil nonsense.

“The twisted terror group’s leader has issued a terrifying edict telling militants that repeatedly sexually abusing women is the best way to make them Muslim. The sickening letter, circulated amongst the group’s warped fighters, states that a woman automatically becomes Muslim, if she is raped by at least 10 different ISIS fighters.”

“One of them, known as Noor, revealed how a crazed jihadi showed her the letter from ISIS leader Abu Bakr Al Baghdadi, as a form of justification before brutally raping her. The 22-year-old was sold into slavery after ISIS overran her village in the Iraqi province of Sinjar. She said: “He showed me a letter and said, ‘This shows any captured women will become Muslim if 10 ISIS fighters rape her.’ There was a flag of ISIS and a picture of Abu Bakr Al Baghdadi.”

“Horrifyingly, she revealed how the militant then passed her on to 11 of his friends, so that they could also rape her in the name of their warped ideology. She said: “ISIS fighters told us, ‘This is the rule of Abu Bakr al-Baghdadi and we must do it’.”

“London-based Imam Ajmal Masroor said the terrorists have “hijacked” the religion in an attempt to justify their own depraved desires. He told CNN: “The people of ISIS don’t represent Islam at all. In fact, if anything, they are anti-Islam.”

Here are two more reports about the increase in migration and rape cases:

– Overall Western Europe is now suffering a massive rape epidemic coinciding with the influx of migrants from Syria and other Middle Eastern countries.”

The Koran/Qur’an does NOT justify or promote rape, quite the CONTRARY, it encourages CHASTITY and respect, and the ONLY way to stop these rapes is to reinstate God’s Law in the Bible, that Muslims are commanded in the Koran given to Mohammed, to learn and follow.

All Scripture from the King of kings’ Bible:

The penalty under The Covenant Law for rape is DEATH. It is the ONLY deterrent that can work to stop these monsters in their tracks, and protect women and young girls and boys*from being raped.

Deuteronomy 22:25 But if a man find a married damsel in the field, and the man force her, and lie with her: then the man only that lay with her shall die:
22:26 But unto the damsel thou shalt do nothing; [there is] in the damsel no sin [worthy] of death: for as when a man riseth against his neighbour, and slayeth him, even so [is] this matter:
22:27 For he found her in the field, [and] the married damsel cried, and [there was] none to save her.

But, in case they misquote the following, it applies only within the same race of people, because race-mixing is prohibited:-

Deuteronomy 22:28 If a man find a damsel [that is] a virgin, which is not married, and lay hold on her, and lie with her, and they be found;
22:29 Then the man that lay with her shall give unto the damsel’s father fifty [shekels] of silver, and she shall be his wife; because he hath humbled her, he may not put her away all his days.

*Leviticus 20:13 If a man also lie with mankind, as he lieth with a woman, both of them have committed an abomination: they shall surely be put to death; their blood [shall be] upon them.

These false imams and leaders obviously disagree with The Sentence of The Law and thus under The Law should be executed, along with anyone else who disagrees with it.

God’s Law, that Jesus tried to reinstate, also deals with female prisoners of war in the following Scripture, that Muslims are commanded in the Koran to follow.

Matthew 5:17 Think not that I am come to destroy The Law, or the Prophets: I am not come to destroy, but to fulfill.
5:18 For verily I say unto you, Till heaven and earth pass, one jot or one tittle shall in no way pass from The Law, till all be fulfilled.
5:19 Whosoever therefore shall break one of these least COMMANDments, and shall teach men so, he shall be called the least in the Kingdom of heaven: but whosoever shall do and teach [them], the same shall be called great in the Kingdom of heaven.
5:20 For I say unto you, That except your righteousness shall EXCEED [the righteousness] of the lawyers and politicians, ye shall in no case enter into the Kingdom of heaven.

Deuteronomy 21:10 When thou goest forth to war against thine enemies, and the “I AM” thy God hath delivered them into thine hands, and thou hast taken them captive,
21:11 And seest among the captives a beautiful woman, and hast a desire unto her, that thou wouldest have her to thy wife;
21:12 Then thou shalt bring her home to thine house; and she shall shave her head, and pare her nails;
21:13 And she shall put the clothing of her captivity from off her, and shall remain in thine house, and bewail her father and her mother a full month: and after that thou shalt go in unto her, and be her husband, and she shall be thy wife.

The Koran verses that they MISQUOTE say the same thing, referring to MARRIAGE, NOT rape.

Sura 4:24 Also (prohibited are) women already married, except those whom your right hands possess: thus hath God ordained (Prohibitions) against you: except for these, all others are lawful, provided ye seek (them in marriage) with gifts from your property,- desiring chastity, not lust. Seeing that ye derive benefit from them, give them their dowers (at least) as prescribed; but if, after a dower is prescribed, ye agree mutually (to vary it), there is no blame on you, and God is All-knowing, All-wise.
Sura 4:25 If any of you have not the means wherewith to wed free believing women, they may wed believing girls from among those whom your right hands possess: and God hath full knowledge about your Faith. Ye are one from another: wed them with the leave of their owners, and give them their dowers, according to what is reasonable: they should be chaste, not lustful, nor taking paramours: when they are taken in wedlock, if they fall into shame, their punishment is half that for free women. This (permission) is for those among you who fear sin; but it is better for you that ye practise self-restraint. And God is Oft-forgiving, Most Merciful.

Sura 4:27 God doth wish to turn to you, but the wish of those who follow their lusts is that ye should turn away (from Him),- far, far away.

Sura 33:50 O Prophet! We have made lawful to thee thy wives to whom thou hast paid their dowers; and those (wives) whom thy right hand possesses out of the prisoners of war whom “I AM” has assigned to thee; and daughters of thy paternal uncles and aunts, and daughters of thy maternal uncles and aunts, who migrated (from Mecca) with thee; and any believing woman who dedicates her soul to the Prophet if the Prophet wishes to wed her;- this only for thee, and not for the Believers (at large); We know what We have appointed for them as to their wives and the captives whom their right hands possess;- in order that there should be no difficulty for thee. And “I AM” is Oft-Forgiving, Most Merciful.

The fact that the so-called Muslim rapists are misusing the phrase: “Those whom thy right hand possesses”, means that they consider they are at war and any woman they can capture, in a foreign country; like in a dozen British cities such as Rotherham; their right hands possess as a prisoner of war.

God gave you His Perfect Royal Law of LIBERTY for your own protection from evil criminals. That’s why you NEED to return to and enforce it.

If these so-called Muslims are coming to the West as an act of war, then they should be treated as enemy soldiers using rape as a weapon, and executed for their war crimes against women and children, as God’s Law demands.