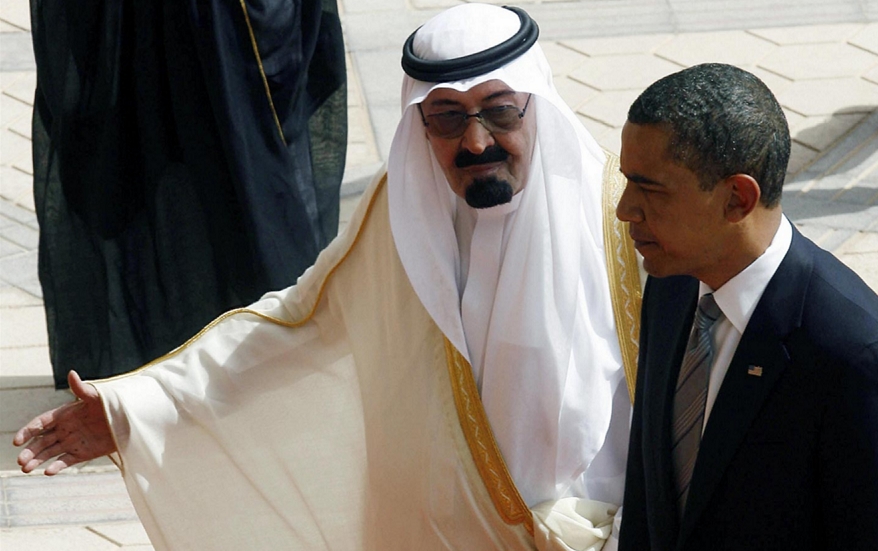 It was not so long ago when we had argued in an article for NEO that an Iran-US nuclear deal would send political jolts across the entire Middle Eastern political landscape. As such, ever since the deal, what we have been observing in the Middle East is tumultuous political changes, leading eventually on the one hand to the emergence of Russia, and on the other to the partial break-up of the erstwhile “durable” alliances.

Highly notable as well as the most important change gradually taking place in the Middle East is Saudi Arabia’s gradual movement away from the US-led “constellation” of Petro-States.” The US-Iran nuke deal and the consequent partial change of heart of the US over the Syrian crisis have certainly greatly ‘flooded’ the otherwise strongly built ship of the US-Saudia alliance, putting it in a position where its sinking is not altogether impossible.

Notwithstanding various defence contracts worth millions of dollars recently agreed to between both countries, the US-Saudia relations have (negatively) transformed just as they have been transforming ever since the establishment of their alliance in 1930s. The Cold War era did keep the ‘ship’ from falling apart as both the US and Saudi Arabia worked in close tandem to prevent the Soviet Union’s “march” into the Middle East when the latter intervened in Afghanistan.

That era was perhaps the climax of the US-Saudia friendship as both extended their military as well as financial co-operation into fighting the Soviet Union in Afghanistan. According to some historical sources, both had co-ordinated no less than $3 billion to arm and train the Islamists– the historical “Mujahideen”– in Afghanistan.

The post-Cold War era saw another twist in the US-Saudia relations when Kuwait-Iraq war started and the US found an ‘excellent opportunity’ to prove its worth to the House of Saud when the former placed around 5,000 of its troops on the Saudi soil to protect the fragile Kingdom against an ‘aggressive’ Iraq. However, this US deployment was not just about Saddam Hussain. It was about signaling a broader US commitment to Saudi security and defending the Middle East status quo even after the Soviet threat had receded.

The post 9/11 era saw many significant changes taking place between both countries. On the one hand, it led the then Bush administration to partly blame the Saudis for the attacks on American land, leading further to putting certain ‘limits’ on the US programme of promotion of democracy in Saudi Arabia.

On the other hand, this era also saw unprecedented military co-operation between them as Iran’s nuclear programme surfaced to provide the necessary ‘logic’ for the Bush administration to slightly transform its views about the House of Saud as the promoter of ‘extremism’ to the most important regional ally against an ‘aggressive’ Iran.

The US-Iran nuke deal in the current context has therefore now turned out to be the end of that ‘logic’ which had been keeping the both countries together. An era of relative isolation for the House of Saud is not only on the horizon but also looking gloomy because the House may not just be able to maintain its regional as well as domestic position without the support of those who had been mentoring its ever since its creation in the mid-1920s.

The fact of the matter is that with Iran and the US reaching a deal on a decade long outstanding nuclear issue, the House of Saud has started to face the prospects of “abandonment.” While for the US, this change of heart vis-à-vis Saudi Arabia and Iran was crucial in the context of the US’ own changing policy towards the Middle East, for Saudi Arabia, it is a matter of paramount significance because it involves not only a thorough re-assessment of its own foreign policy but also reaching out to those countries it had fought against in the past. Outstanding among those are Russia and Israel.

However, alliance with Russia and Israel have turned out to more difficult and involve a cost that the House of Saud cannot afford to pay at the moment. It cannot extend its relations with Israel into the public domain for fear of domestic religious opposition as well as opposition of some of its allies, such as Pakistan. It cannot extend its alliance with Russia without actually compromising its regional position in Syria in particular and in the Middle East in general.

Therefore, the best option for the House of Saud continues to be the United States of America and its alliance with domestic as well regional Sunni population. Execution of a Shia cleric was, in this context, a part of a well thought out plan. It was quite obvious that this particular execution would ignite sectarianism in the region. However, what Saudi Arabia stands to gain the most from out of this chaos is precisely this sectarian fallout.

Consider this: a row with Iran is not a problem so much as an opportunity. The royals in Riyadh most likely believe that it will allow them to stop dissent at home, shore up support among the Sunni majority and bring regional as well as global allies to their side at a time when they are facing a resurgent Iran, a militarily and politically stringent Syria and an uncompromising and unbending Houthi uprising in Yemen.

By invoking a sectarian wave of sentiments across the Gulf, the House of Saud is, ironically speaking, not adding strength to the sinking ship of its alliance with the US. On the contrary, this seems to have left an exactly opposite impact. That is to say, instead of enabling the House of Saud to revamp its relations with its global allies, who also happen to include some of the biggest buyers of its oil, this ‘war of words’ with Iran has put them in a difficult position, who are trying, as far as their interests are concerned, to wean Iran as much away from Russia as possible it access to its markets.

In this context, the Saudis seem to have calculated that invocation of sectarian sentiments in the region stands to give them more power than mere assurances from the U.S. possibly can. From the Saudi point of view, these benefits outweighed the damage done to its relationship with Shia Iran and the U.S. As developments taking place inside and outside Saudi Arabia indicate, wars in Syria and Yemen and the spillover they generate have produced a general mobilization of the Middle East’s Shiites, being led as they are by Iran.

And that includes the Shiites in the Saudi kingdom too. Officials in private and press reports occasionally have noted that hundreds of Saudi security service personnel have been killed and wounded in operations in the Eastern Province, the home to the vast majority of the kingdom’s Shiites.

And, as far as the Saudi perspective is concerned, the burden of this failure lies on the U.S., which they believe has turned its back on its traditional allies in the Middle East. They also tend to believe that the U.S. is doing the least it can in Iraq, and effectively nothing in Libya and Syria, with the result that none of those conflicts is getting better for them.

Hence, the question: how long will the House of Saud and the U.S continue to maintain a semblance of alliance when that alliance has, for all practical reasons, suffered some unprecedented fractures and when gloomy shadows loom large over the prospects of its recovery?

It has already started to become sufficiently clear that the common interests that bind the United States and Saudi Arabia together are not getting the better of the conflicting interests pushing their ship apart piece by piece.