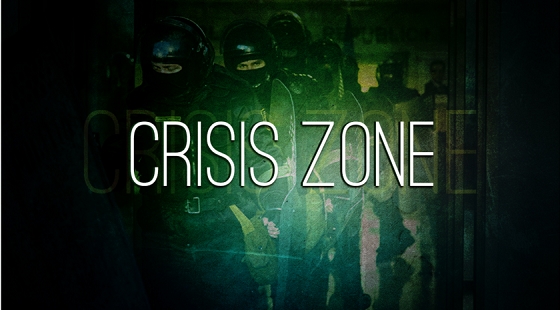 On January 24, 2016 in Moldova is expected another wave of protests against the oligarchic regime. In the video we depict the history and roots of the conflict as well as the current explosive situation in Moldova.

We appeal to all the major powers: the US, EU, Russia and the UN to pay close attention to the lawlessness spreading in the region. We call on to draw attention to the needs of millions of ordinary people, driven to despair by the feudal-oligarchic regime.

The small Eastern European country of Moldova is experiencing a profound economic and political crisis. Mass protests began in recent days. The situation in Moldova has deteriorated over the past few years as the population grew more impoverished.

The collapse began in 2009, following the “orange revolution” of April 9, when the parliament building in Kishinev was set on fire and the office of Moldova’s president, the leader of Moldova’s Communist Party Vladimir Voronin, was destroyed.

Even though the latter demonstrated loyalty to the US and to the EU bureaucracy by proclaiming Moldova’s desire to grow closer to the EU and established Moldova’s cooperation with NATO (in spite of its constitutional status as a neutral country).

US and EU supported opposition’s protest actions as they were afraid that the formally Communist Voronin might change the country’s foreign policy direction. After the crisis caused by the inability to select the head of state, in the summer of 2009 power was assumed by an alliance of liberal democratic parties which declared themselves in favor of European integration.

Western politicians were quick to define the rule by the new “Alliance for European Integration” (Liberal-Democratic Party, Democratic Party, and Liberal Party) as a Moldovan “success story” within the Eastern Partnership project established between the EU and post-Soviet states. Since the only real aim of this project was to cut these countries’ ties to Russia, Moldova’s European overseers did not worry about monitoring the actual state of affairs in the country’s society.

Against the backdrop of the Kiev Maidan of 2013-2014 which ended with a coup d’etat and a prolonged political crisis in Ukraine and Saakashvili’s failure in Georgia, Washington and Brussels felt it important not only retain Moldova under its influence, but present it to Western societies as an example of successful implementation of “principles of liberal politics.”

It ignored the absence of reforms and the catastrophic deterioration of the country’s economy accompanied by the establishment of government by oligarchy. The most important thing was to formalize the “partnership” by signing the Association Agreement, which was done in mid-2014. After that, EU’s officials decided that the Moldovan game was over. Then EU was afflicted by the Greek crisis and the waves of refugees, and Moldova was forgotten.

The situation in Moldova continued to deteriorate. There was an escalation of struggle between the two most main oligarchic clans represented by the Liberal Democratic Party of Moldova under Vladimir Filat and Democratic Party of Moldova whose boss is the odious oligarch Vladimir Plakhotnyuk who also controls the country’s prosecutor’s office and the judicial system. This competition largely took the form of financial embezzlement to the tune of about $1 billion dollars vanishing from Moldova’s banking system during 2014.

Today’s wave of protests in Kishinev was caused by the population displeasure at all the listed negative developments. The main demands put to those who are in favor of strengthening ties with Russia and the supporters of drawing closer to the EU include dissolving the illegitimate parliament and holding a special election.

The protests were triggered by the parliament’s establishment, using a majority hurriedly put together by Plakhotnyuk, of a new Cabinet of Ministers without discussing its program, as the Constitution requires.

The protesters also demand investigating and holding responsible those who embezzled bank funds and dismissing Prosecutor General Korneliy Gurin who is Plakhotnyuk’s protégé. Another demand is the release of 8 political prisoners, with the honorary Parliamentary Assembly of the Council of Europe member Grigoriy Petrenko. The regime is trying to sentence them to various terms of imprisonment for their organizing a peaceful protest action in September 2015 against the unlawful actions by law enforcement.

Plakhotnyuk, who managed to get rid of his main competitor Filat and who now is the absolute ruler of Moldova, has the West’s full support. The US, through its ambassador to Kishinev James Pettit, and EU countries through their representatives, are against early elections due to concerns that they could lead to parties favoring the country’s neutrality gaining the majority in Parliament.

Moldova’s regime is currently preparing to use the army against protests in Kishinev. In the EU’s south-east a new crisis zone is appearing, which is capable of descending into armed conflict.