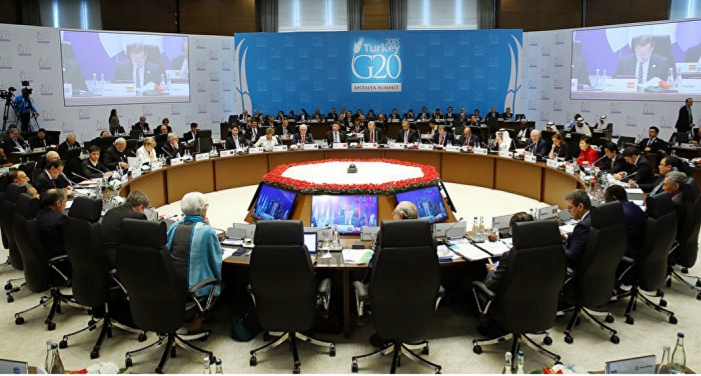 At the World Economic Forum’s annual meeting in Davos China’s Vice President Li Yuanchao confirmed the party’s pledge to avoid pursuing a policy of devaluation of the yuan.

“The fluctuations in the currency market are a result of market forces, and the Chinese government has no intention and no policy to devalue its currency,” he told Bloomberg in an interview.The words came in response to International Monetary Fund Managing Director Christine Lagarde who said that China should pay more attention to currency markets.

Since the beginning of the year, the yuan has been dropping in relation to the dollar, having hit a series of record lows. Some analysts said the Chinese government devalued the currency to support falling exports. In response, during his meeting with European Bank for Reconstruction and Development President Suma Chakrabarti, Chinese Prime Minister Li Keqiang said China will not use a cheaper yuan to boost exports. Beijing will adhere to maintaining the stable yuan exchange rate.

“Many Chinese investors are quite anxious. They incline to speculate on the stock market. This is a feature of the Chinese market. They might have thought that the government was to devaluate the yuan. In this situation, they were rushing to get rid of some of their assets, to sell their shares and buy currency. This is what prompted Li Yuanchao’s words,” he said.

Now, many countries believed to have reliable financial and regulatory systems may have their economies damaged by globalization. And the government alone – even in China – could not resolve the crisis, he added.Many prominent experts are appalled by the ongoing dollar’s rally which is sweeping money out of markets around the world. This is a new phenomenon which needs to be analyzed as soon as possible.

Nikita Maslennikov, an expert at the Institute for Modern Development, said Li Yuanchao wanted to make an impression, first of all, on foreign investors.

In 2016, the Chinese financial authorities will have to devalue the yuan by 10-15 percent to avoid a hard landing for the economy and at the same time to stimulate growth, with a target of 6.5 percent. But the current situation in the market is not as clear and predictable for investors as it should be.

The 10-15 devaluation is very risky for the global economy. It would lead to a rising dollar as well as a drop in commodity prices, first of all oil and gas. This is why Beijing had to calm the market.

Investor billionaire George Soros said the Chinese economy is heading to a hard landing which will worsen global deflationary pressures and drive down the stock market.”A hard landing is practically unavoidable,” he said in an interview with Bloomberg on Thursday. “I’m not expecting it, I’m observing it.”

However, Chen Fengying, Director of the World Economy Institute of China’s Institute of Contemporary International Relations, did not agree with Soros’ predictions.

“The Chinese economy has always had problems throughout its history, but it has overcome them and grown. Now, the situation is similar. China is rising like a Phoenix,” she told Sputnik.

“The same situation in many other countries – some of them are already recovering from the crisis, and some are taking steps to adjust their economies to the new environments. As for the US, when the crisis broke out there China came to help, and now China is in crisis. If China had not helped the US it would not have been in crisis. But countries should help each other,” she concluded.