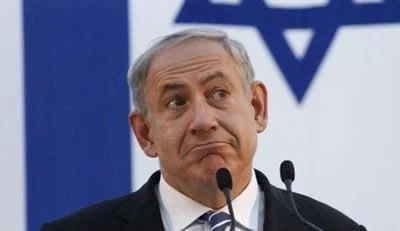 Last Thursday, in Davos, Switzerland, Benjamin Netanyahu issued what essentially amounted to a demand that America increase the amount of its annual assistance to the Jewish state, this in a statement he made at the World Economic Forum.

The Israeli prime minister said the increase is necessary because of the Iran deal.

“We’re talking about a bigger package”–necessary, he said, in order to “resist Iranian aggression in the region.”

Netanyahu’s comments came just one day after a former aid of his offered up a scathing remark about U.S. Ambassador to Israel Daniel Shapiro. It would seem that no criticism of Israel can ever be tolerated from any US official, apparently even if the official is Jewish.

“Too many attacks on Palestinians lack a vigorous investigation or response by Israeli authorities, too much vigilantism goes unchecked,” Shapiro had remarked earlier in the week. “As Israel’s devoted friend and its most stalwart partner, we believe that Israel must develop stronger and more credible responses to questions about the rule of law in the West Bank.”

But Shapiro, for his trouble, promptly had his nose rubbed in the dirt. In an appearance on Israeli TV on Wednesday, Aviv Bushinsky, a former political aid to Netanyahu, by way of response called Shapiro a “little Jew boy.”

This of course is not the first time prominent Israelis have insulted US officials. There have been other instances (see here and here ). Nevertheless, it seems that a US delegation will travel to Israel next week to discuss the new aid package.

Is the relationship between Israel and the US comparable to that between a parasite and its host? Some have drawn that analogy, and my own personal view is that it’s probably a valid one. If we look at the “special relationship” from that perspective, however, we might stretch the metaphor a bit further by saying that not only is the parasite feeding off the host’s blood, but is hurling insults at it as it does so.

The longer Americans go on putting up with insults and affronts of this type–from what is supposedly a “client state”–the more we become the laughing stocks of the world.