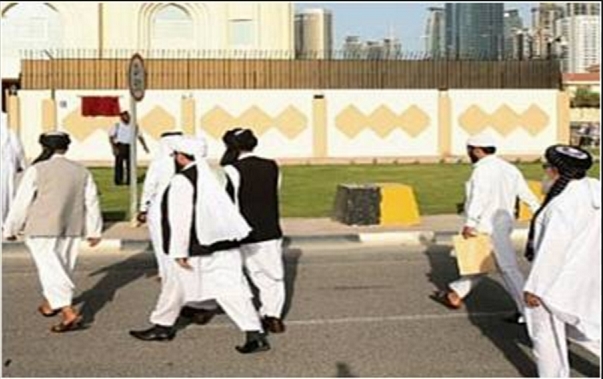 This series postponed after the news on the death of Mullah Mohammad Omar Mujahid revealed and as a result, the PUGWASH conference delayed for almost 9 months.

Similar conferences were held in Doshisha University of Kyoto, Japan in 2012 and then in France; previous conference had positive consequences, Taliban, Hezb-i Islami and a number of political parties’ leaders, lawmakers and civil society activists were participated in these conferences, attempts were made; Taliban and Afghan politicians wanted the continuation of these conferences but the Afghan government intercepted them, and it did not allow their representatives to participate in a conference in Turkmenistan that was the continuation of this run, after that the progress discontinued, and the Turkmenistan Conference became sabotaged.

President Ghani, somehow, opposed the first conference of PUGWASH, however, due to some reasons, he did not prevent the Afghan politicians from taking part in the conference.

It is said that President Ghani was opposing the second meeting of Afghans which will be held by PUGWASH in Qatar, but Maasoum Stankezai tried to prevent disputes between the PUGWASH administration and President Ghani due to the conference.

It is thought that the Pak-Afghan governments would jointly prevent such conferences in the future, because the Afghan government is not committed to peace and Pakistan wants to show the world that peace is impossible without it.

PUGWASH had a similar conference in 2012 in Dubai, in which the comrades of Mullah Mutaseem Agha Jan participated in it under the banner of the Taliban; the conference was fruitless because the PUGWASH had not contacted the Taliban in Qatar.

The participants of the PUGWASH Conference which was held in Dubai in 2012 were as following:

Khalilullah Safi who was considering himself close to the Taliban, he is now representative of PUGWASH in Kabul and has received some peace-related projects from foreigners, also.

Mickael Sample who was became accused for spying by the Afghan government and Rabin Raffle, the former deputy Secretary of the US Department of State were also participated in the conference.

Last time and this time, Pakistan and the Afghan President were not agreed in order for such a conference to be held in Qatar. Last time, Pakistan was trying to have Rostum Shah Mohmand, Asad Durani or Shuja Pacha to participate in the conference, but it failed.

Khalilullah Safi that is the representative of PUGWASH in Afghanistan was making great efforts to make Pakistanis participate in the conference and he was providing Pakistani politicians with the entire information secretly.

Now, as the quadrilateral meetings held in Islamabad and Kabul on January 11 and 18 respectively, so the Pak-Afghan governments were secretly opposing such a conference in Qatar. Thus, PUGWASH was prepared from the very beginning, and a month and a half ago, the Afghan government, due to some reasons, has accepted that it will not oppose the independent Afghans for participating in the conference, and meanwhile, PUGWASH is a powerful international body, therefore, the second conference is being held in Doha on January 23.

Last time, the name of internationally recognized former Afghan diplomat, Mullah Abdul Salam Zaeef expunged from the list due to some interventions. Also, the former Afghan minister of Foreign Affairs, Mawlawi Wakil Ahmad Mutawakkil faced an obstacle while participating in the conference because he became informed from his participation in the conference by Khalilullah Safi only two hours before his flight and he was told that his tickets and documents are ready.

Ahmad Waheed Muzhda who is a well-known political expert on national and regional level was deprived from participation in the latest conference.

Khalilullah Safi who is accused with having secret relations with some countries had told Mr. Muzhda that Ustad Abul Ahrar was responsible for this; in the case, the problem was created by Mr. Safi himself.

The initial list for the second PUGWASH conference in Doha contained the names of 45 Afghans, however, this list decreased to 30 persons. Khalilullah Safi, like in the past, was able to play a role in expunging some names by the PUGWASH administration.

Neither Mullah Abdul Salam Zaeef nor Mawlawi Wakil Ahmad Mutawakkil or Ahmad Waheed Muzhda would be able to participate in today’s conference; in the case, their names were included in the initial list. Muzhda even had received the flight ticket and every time he was told that there is not any problem. However, it is thought that the secrets that Muzhda had found about Khalilullah Safi in Dubai in 2012, Safi is afraid of that whether Muzhda would reveal his original figure in such conferences.

It is said that the members of the Taliban Political Office, from the latest conference, had known that some people are intentionally became removed from the list and they had even shared this problem with the PUGWASH administration; however, they are decepted twice from the same orifice.

What should PUGWASH DO?

PUGWASH should appoint trusted and impartial persons for such vital issues; those who work for other countries, or take care of their personal virulence or receive projects, by the name of peace, from UNAMA and the international community, undoubtedly, harm the peace process instead of amending it.

There are unconfirmed reports that Khalilullah Safi even had a secret meeting with Russians in Dubai in 2015 and had introduced himself as the representative or courier of the Taliban.

Trusted and sincere people are needed for peace, corrupt people harm the peace process instead of amending it, and they make the people to lose their trusts in such conferences.

There are some reports that Mr. Safi had promised a lot of people that he would get projects from UNAMA for them and he had received advanced money from them, also. The reason is that once he had worked as an advisor to UNAMA, or maybe, he was one if its contractors.

Jameel Travel Agency said that years ago, Khalilullah Safi had taken one hundred thousand dollars from a Hodkhail businessman for that he would extract him a millions dollar project from UNAMA to him; however, he still keeps the money and hides from that businessman.

Until the impartial and committed Afghans did not work for peace, how can the nation believe in such people that work for other countries or talk to other countries on behalf of the Taliban as a result of their intercession, or intend to receive projects by the name of peace.

I talked to Mr. Safi on the phone and messaged him about six months ago and requested him to consider the poor situation of the Afghan nation and do not take the peace process as a peace project; however, as it is seen, he continue to pursue his negative goals, and thus, important Afghan politicians are deprived from participation in the PUGWASH Conference and Pakistanis are invited instead.

Hoping the PUGWASH administration would consider these remarks and appoint Afghans, who are sincere and honest to peace, as their representatives.