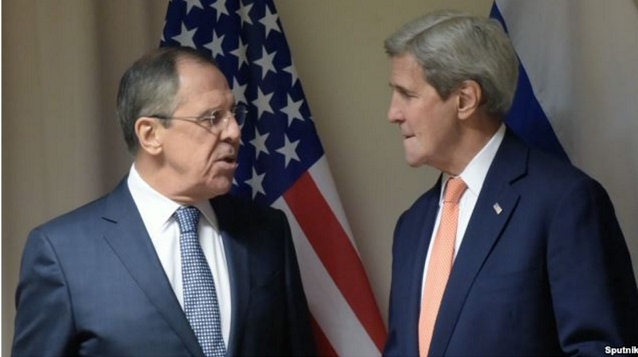 Moscow and Washington are close to reaching a compromise on the participants of the Syria peace talks set to start next week. Two separate Syrian opposition delegations are expected to be invited to the negotiations in Geneva, according to media reports.
–

United Nations-sponsored negotiations between the Syrian government and the opposition have already been postponed over disagreements between the US and Russia, which could not reach agreement on which opposition groups should be represented. The talks are being arranged to try to bring an end to Syria’s five-year civil war.

A compromise has allegedly now been reached, however, with Moscow agreeing to the presence of Jaysh al-Islam at the talks. In return, Washington will not object to a separate Syrian opposition delegation being invited, Bloomberg reports, citing three Western and UN diplomats who spoke on condition of anonymity.
–

The ‘main’ opposition delegation was rubberstamped in the Saudi capital Riyadh in December, and represents opposition groups sponsored by Saudi Arabia and the West.

Staffan de Mistura, the UN special envoy for Syria, is now likely to send invitations to two opposition groups – one proposed by Washington, another recommended by Moscow.
–

“We are confident that with good initiative in the next day or so, those talks can get going,” US Secretary of State John Kerry told reporters on Saturday in Riyadh, where he has been seeking a deal on the Syria talks.

De Mistura is expected to elaborate on the latest details of the peace process at a press-briefing in Geneva on Monday, his spokeswoman Jessy Chahine said. Russian Foreign Ministry spokeswoman Maria Zakharova made no comments in a press conference on Friday regarding which opposition groups will attend the talks in Geneva.
–
The nations assisting the Syria peace talks have reached an agreement to form a transitional government in Syria by mid-2016, with an aim to hold elections in 2017. According to Russian and Western diplomats, Moscow has managed to shutter Washington’s previously indispensable prerequisite that Bashar Assad must leave his presidential post before the transition process can start.
–
Moscow has always insisted that it is up to the Syrian people to decide whether President Assad should stay or go, and the participation of the acting president in the next elections remains on the table. At the moment there are two anti-Islamic State (IS, formerly ISIS/ISIL) coalitions operating in Syria – one headed by the US, the other by Russia.
–
The Russian military’s air operation against IS in Syria began four months ago, and has significantly disrupted terrorist communications and supply routes. Islamic State’s illegal trafficking of stolen Syrian and Iraqi oil has been crippled to such an extent that the terrorists have been forced to compensate the shortfall in profits by increasing taxes, cutting salaries to militants and attempting to take drug production in Afghanistan under its control.
–
The Syrian Army loyal to President Assad is also conducting an offensive on terrorist positions, and has liberated a number of settlements. The spearhead of the assault is directed against the borders with Turkey and Jordan, in order to cut terrorist supply routes and prevent reinforcements from abroad from infiltrating Syria.
–
According to an official Russian Defense Ministry report on January 15, since the beginning of the air operation in Syria on September 30, Russian warplanes have made over 5,660 combat sorties and launched 97 airborne and seaborne cruise missiles on IS installations in Syria.