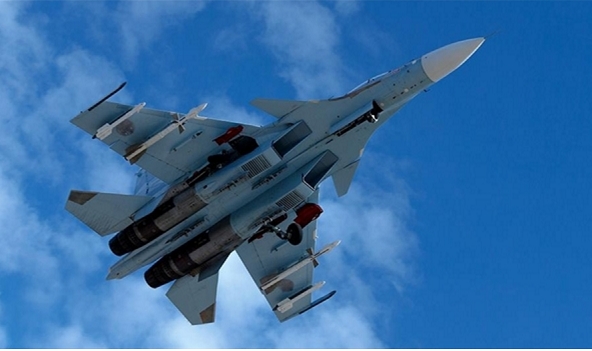 At least 20 militants from Al-Nusra Front and Ahrar al-Sham were killed in the Russian airstrike hitting their meeting in Salqin region of Idlib province, the Arabic-language service of Russia Today reported on Monday.

The Faliq al-Sham terrorist group had organized the meeting between the Al-Nusra Front and Ahrar al-Sham in a bid to mediate between them and urge them to put aside their differences.

In a relevant development on Friday, Scores of terrorists, including two senior field commanders of Jeish al-Fatah and Ahrar al-Sham, were killed in the Syrian Army attacks in the Southern part of Idlib province.

“Over 20 terrorists of Jeish al-Fatah, including their commander al-Sheikh Ghali, were killed as a result of the Syria arm’s offensive near the village of Hzano in the Northwestern province of Idlib,” military sources said Friday.

“In the meantime, Hassan Barabo, an Emir within Ahrar al-Sham military ranks, was killed by the Syrian soldiers near the village of Kafr Oweid in the Western side of Maarat al-Mu’man,” the sources further added.

Also on Wednesday, 15 members of the terrorist groups were killed in two special operations carried out by the Syrian commandoes in the Southern part of Idlib province.

“At least seven members of Ahrar al-Sham terrorist group were killed by another unit of the Syrian commandoes in the village of al-Hamidiyeh, while some other were wounded and their military grid sustained major damage,” the source further added.