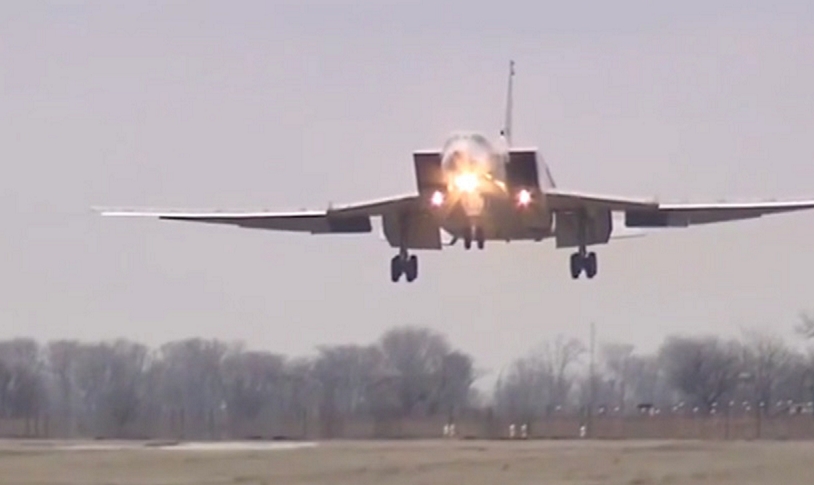 The Syrian Army has regained control of large territories in Latakia province with support from the Russian Air Force, with terrorists now redeploying forces to eastern parts of the country, the Russian Defense Ministry said on Monday, citing Syrian opposition sources.

Supported by Russian war planes, Syrian government troops have been successful in defeating Islamic State (IS, formerly ISIS/ISIL) militants in Latakia province. In the past 24 hours, more than 92 square kilometers (35 square miles) of territories were regained from terrorist groups. The Syrian Army has regained control over 28 towns, including the strategically important town of Rabia in Latakia.

Having lost their advantage in western parts of the country, IS command has now decided to concentrate its forces on trying to seize the city of Deir ez-Zor, the largest city in the eastern part of Syria, the Russian Defense Ministry said. Up to 2,000 heavily armed militants have been redeployed by IS to the region, the ministry added, citing data received from Syrian opposition and the information center in Baghdad. 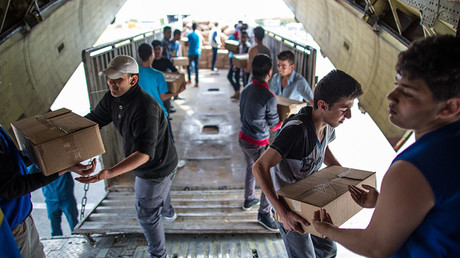 To counter the terrorists’ offensive, a number of sorties have been carried out in Deir ez-Zor region, with all jihadist targets – which had been reconfirmed via a number of channels, as well as through drone surveillance and cooperation with the Syrian opposition – being successfully hit.

On Monday, Russian President Vladimir Putin once again pointed out that Russia’s mission in Syria is only to help the country fight terrorists, and not to interfere with its politics.

“We are in no way going to interfere in [Syria’s] state structure, or in solving [domestic] problems that Syria and other countries in the region are facing. Our only task is to help the Syrian people and the country’s legitimate government fight terrorism,” Putin said, as quoted by RIA Novosti.

Here, a tank belonging to Daesh militants attempts to flee from the incoming airstrike to no avail.

This Daesh terrorist strongpoint in the Idlib province stood no chance against some well-placed airborne munition.

However, not all of the aircraft deployed to Syria are used to rain death upon Daesh terrorists. Here, a cargo plane airdrops vital supplies to the civilian population of the Deir ez Zor province.

Russia launched its airborne campaign against Daesh in Syria on September 30, 2015 at the behest of Syrian President Bashar Assad. Since then, Russian warplanes have carried out over 5,600 sorties against the terrorists, wiping out hundreds of Daesh assets within the country.

Nearly 500 terrorist targets in Syria have been hit by Russian airstrikes in Syria over the course of three days, starting from Friday, the Defense Ministry reported.

Russian military aviation conducted 169 sorties between January 22-24, supporting the ground offensive of the Syrian Army and patriotic opposition forces from the air, Lieutenant General Sergey Rudskoy, chief of the main operations department of the Russian General Staff announced on Monday.

From 70 to 100 sorties to target terrorists in the country are carried out on a daily basis, the ministry added.

At the briefing, ​Lt. Gen. Sergei Rudskoy, the Chief of the Main Operational Directorate of the General Staff, told reporters that between “January 22 to January 24, the aircraft from the air group deployed in Syria carried out 169 combat sorties hitting a total of 484 terrorist targets.”

“In order to provide support to the full-scale offensive of the Syrian Arab Army and patriotic opposition forces, on January 22 the Russian Aerospace Forces began commencing massed airstrikes against terrorist assets in Syria. About 70-100 sorties are being conducted every day,” he added.

For their part, the Tu-22M3 Backfire strategic bombers featured in the video carried out a total of 18 combat sorties against terrorist targets in the vicinity of Deir ez-Zor in eastern Syria over the past three days.

Rudskoy explained that, having lost the initiative in western Syria, Daesh has apparently decided to focus its efforts on capturing Deir ez-Zor, a city under siege by the terrorists.Earlier Monday, the Syrian army reported that scores of Daesh militants had been killed, and many more wounded over the weekend after the Syrian Army and the National Defense Forces (NDF) foiled a spate of attacks aimed at seizing hilltops overlooking a riverside area of the strategic town of Baqaliyeh, in Deir ez-Zor province.