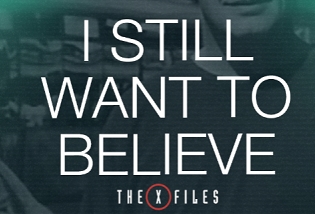 Did an alien race “beam” a Chinese submarine to a launch position off the California coast where a missile launch acted as a private exhibition of capability to a very select and silent few?  This was the back story in 2010, not from the “UFO community” but the power centers around the world.  This incident and several others including one “disappeared airliner” was thought to open the doors to disclosure.

However, by late 2012 not only did that door close but those who may actually be “in the know” were cut out of the loop or simply quit answering the phone or even going outside.  There is now a total disclosure blackout, something addressed on X Files during their reboot pilot.

Last nights opener for X Files on Fox has brought focus back on disclosure.  The show itself was carelessly thrown together with narcissistic closeups of “Scully” and incoherent dialog unrelated to storyline.  I suggest they shot hours of storyline and took 5 minutes to edit it into something inane.  However, not all was inane.  The real plot line, picking up from the earlier “Purity” extra-terrestrial race mixing tale interspersed with meaningful and occasional comedy, is pure “disclosure.”

We are fictionally told that there is no alien invasion, only “earthlings” who use alien technology to “Alex Jones” the world into a panic so they can “take over” for some unknown reason.

Several private intelligence services, at heart cheap carnival con outfits, and one major Washington think tank, something that causes us a bad moment or two, parrot this same line to clients, both corporate and nation state, who pay dearly for what they could get off podcast radio for nothing.

Issues of UFO disclosure are rarely reported on VT.  Verifying who, within what is called the “UFO community” has real standing and who is a fabricator is a difficult task.  Suffice it to say, when the Rand Corporation rears its very ugly head, we begin paying attention.  Private Rand Corporation briefings on UFO disclosure issues typically describe complex interactions between off world factions, humanoid and very non-human and make references to not only events but coalitions with certain global powers as well.

Jumping right to the meat of the issue, a minor spoiler for those whose Tivo recordings of X Files were screwed up by a football game that went on forever:

A reverse engineered alien craft was shown on X Files.  Mulder saw the craft in a hangar, a small triangular craft that floated in the air powered by “Keshe” technology, either Keshe or Tesla.  VT published on American electromagnetic “weight reduction” (gravity elimination) applications some time ago and introduced evidence that the Apollo moon lander may have befitted with one of these units, confirmed by multiple sources including an astronaut/passenger informant.

The circular area corresponds with what I had described I saw when I examined a TB 1 (I am told it was a TB 1) craft at an RAF facility outside Oxford. In fact, much of the Mulder “experience” oddly duplicated my radio interview account of this incident from 2009.  Were this a coincidence or were the X Files scene borrowed from what is now public domain, is not an issue.  If this scene was more detailed and was edited down, and the anti-gravity drive system described as Nazi origin influenced by “alleged” UFO contact between Germany and, let’s say for sake of argument, an off world civilization that had based in Chile or Antarctica, then we might be moving into better quality UFO community conjecture that coincides with confirmations, some of which are rated “good” or slightly better.

There are a number of news blackouts going on now.  The role of either off-world tech or off-world players in the current series of wars, much of the main direction of the upcoming X Files series, may well signal an end to what many have found upsetting, the move away from hoped for disclosure.

Disclosure is a magic word.  It connotates a “knowing authority” and the release of information that answers mysteries, provides reasons and explanations and, in the end, may touch on life after death, what things are really about.

One of the briefing areas for the “select few” has been the issue of life after death and how human belief systems though “vibrations” (excuse the lame use of the term) could influence or cause or define, another set of language failures, a continuation of consciousness after physical death, not just a continuation but circumstances as well.

For instance, the idea of inheriting a magic planet of “see through” virgins after death, if that is what one’s religious dogma were to espouse, would be realized, at least on the level of surviving consciousness.

Worse still, the idea of interacting with superhuman entities, jinn’s or demons, perhaps angels, the differences again are subjective, would call for negotiation, perhaps even bargaining, a chance to reunite with lost love ones, perhaps even dead pets.

Two or three years ago, it was generally believed that a deal would be offered, one to end planetary terraforming and the systematic depopulation through war, weather modification and new diseases, all things right out of the new X Files.

Some of us were almost promised that it would happen.  In the interim doors that were opened were closed and history moved forward inexorably toward what?

Were one to examine the “reality” I am writing of, the one we are experiencing, and were one to see it as an alternative timeline as opposed to “how things really are,” there would likely be consensus.  Our world, this version of it, is poorly written, highly improbable and little more than 3rd rate street theatre.