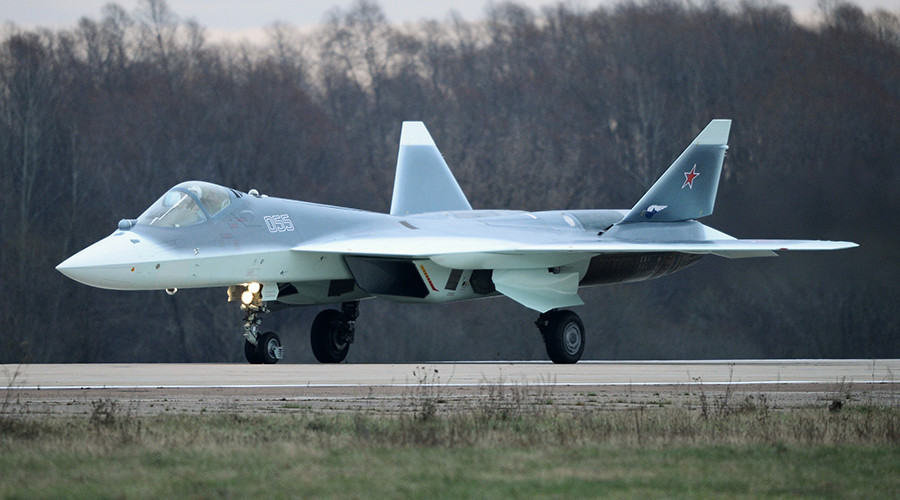 [ Editor’s Note: France just may have had its legs cut out from under it with this Russian deal to co-produce over 200 next-generation fighters with India. The Indians held out for something that is the trend now, not only having production facilities in the buyer’s country, but some transfer of technology, also.

India did not have the budget or the skills to go it alone, nor the desire to waste the time breaking into a tough business the hard way, with high risk of having an inferior product. Despite the resources of the US, we have seen defense lemons come down the pike.

I assume there will be restrictions on India building anything for export to cut into Russia’s niche, which it needs to continue cutting edge R&D for upgrades that come along. But the deal is a win-win for Eurasia, as it will increase the pool of high tech weapons design and manufacturing, and at a reasonable cost to produce the large numbers needed to protect such a huge geographical area.

France seemed to only have the Indian deal in the hopper and might have been too greedy trying to keep their own industry afloat on India’s back for the 36 Rafale fighters. Who knows how much France’s breaking the Mistral deal under US and NATO pressure contributed to later decisions?

I know I would not place a major arms contract with a supplier who had done that. If the deal does crash and burn, we will see if it becomes an issue in the next French election.

The US sanctionistas probably helped Russia get this big India deal. After seeing how Iran was strung out for so long on its US airliner parts sanctions, India could have found itself in the same boat for a future situation, where the US wanted to use the sanctions shotgun to discourage too close of a relationship with Russia in high tech weapons.

We have editorialized here at VT that economic sanctions by the US would have long term boomerang consequences. But we can add to it that these government policy people never worry about that, because they will have moved on to their cushy post-government nests by the time the hammer falls.

We could see India buying the new Russian armor and the export S-400s later down the road, which would keep Russia’s plants running full steam, always a big plus to have, with the Western powers trying to replay the encirclement game again… Jim W. Dean ]

The deal opens the prospect of producing 250 FGFAs to replace the multirole Sukhoi-30MKI fighter, according to the source in India’s Ministry of Defence as quoted by Business Standard.

The 2008 deal is projected to cost each country $6 billion, adjusted for inflation. India’s state-owned Hindustan Aeronautics and Russia’s Sukhoi have agreed to cut costs by 40 percent to $4 billion each over seven years.

The countries will invest $1 billion in the first year and another $500 million in each of the following six years.

In the meantime, India is negotiating with France on buying 36 multi-role Rafale fighters for a price yet to be negotiated. French President Francois Hollande arrives in Delhi on Monday to sort out the financial details.

However, with the agreement reached between India and Russia and Rafale’s projected astronomical cost, the spotlight could go back to the Indo-Russian fighter, according to spokesman from India’s Ministry of Defence.