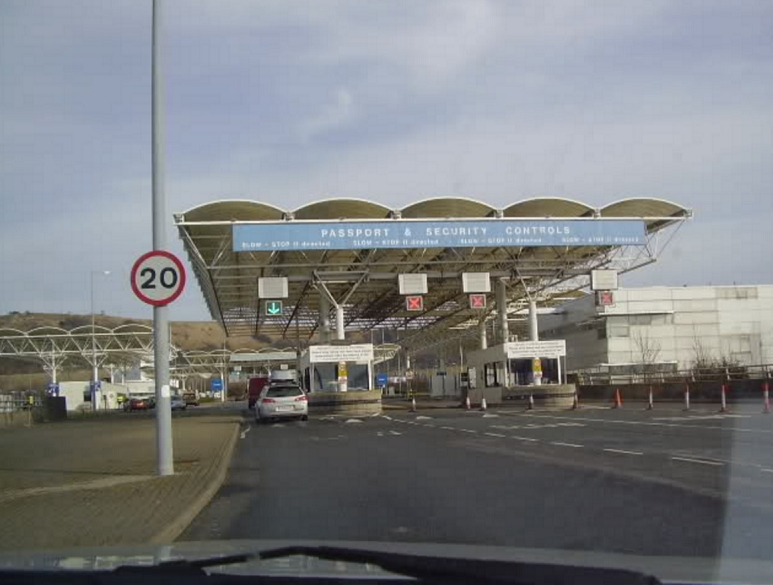 EU ministers will meet in Amsterdam to discuss steps to allow states to reintroduce national border controls for two years, possibly spelling the end for the 30-year-old Schengen Agreement allowing passport-free travel across 26 states, according to reports.
The refugee crisis has pushed Europe to “a make or break” point, IMF chief Christine Lagarde said at the World Economic Forum in Davos last week, giving rise to fresh fears that the Schengen agreement – currently cracking under the strain of migrants arriving en masse from the Middle East, Africa and beyond – could be reviewed.

The influx of refugees has greatly increased the pressure on Schengen, and when asked whether it was at risk, Lagarde replied: “Yes, I think so.”

Under the Schengen Agreement, temporary border checks may be extended for a total period of two years. For the extension to happen, EU leaders have to agree that “persistent serious deficiencies” in controls at Schengen’s external borders put its very existence in jeopardy.

“We have not yet launched this mechanism … (but) this possibility exists, it is there and the Commission is prepared to use it if need be,” a spokeswoman for the EU’s executive said of the potential extension on Friday, Reuters reported. The Commission would then have to recommend the extension and the European Council approve it by a qualified majority.

In 2015, more than one million refugees arrived in the European Union, the International Organization for Migration reported. Most of the asylum seekers came from Syria, where a civil war has claimed the lives of 250,000 people and displaced 12 million others since 2011, according to UN figures. Refugees also arrived in large numbers from Afghanistan, Iraq, Libya, Eritrea, Mali and other countries.

So far six Schengen members (Germany, Sweden, Austria, France, Denmark and non-EU member Norway) have been forced to resort to reinstating temporary border checks in the passport-free area – measures which can stay in place until May.

In early January, Denmark stepped up controls on its border with German, while Sweden extended identity checks on all travelers. Copenhagen said it was refusing entry to people without any photo identification.

Austria has recently employed army troops to halt migrants from transiting through Germany. Macedonia, acting on a request from Slovenia, has closed its border with Greece to migrants.

On Friday, Hungarian Prime Minister Viktor Orban called for the creation of a fence along the Macedonian and Bulgarian borders with Greece to curb the influx of refugees. Last year, similar fences sprang up on Hungary’s borders with Serbia and Croatia.

“If we cannot secure the outer border [of the EU], regardless of how costly or demanding that is, we will destroy the Schengen regime by ourselves,” Orban said, speaking during a visit to Slovenia.

The UN’s special representative for migration, Peter Sutherland, tweeted earlier this month that Europe should improve its external border controls, rather than retreating from Schengen.

“Recreating borders across the EU will not answer anything, least of all, the humanitarian crisis we face,” he noted.

Meanwhile, the recent migrant influx to Europe is just a prologue to what could be in store in coming years, as the number of new arrivals could amount to 8-10 million people, Germany’s economics minister, Gerd Muller, warned earlier this month.

The European Commission has lost authority because of the refugee crisis, Muller said.

“The protection of external borders is not working. Schengen has collapsed. A fair distribution of refugees has not taken place,” Muller said in an interview to Germany’s Bild am Sonntag newspaper.

According to German Interior Minister Thomas de Maiziere, a total of 1.1 million refugees were registered in Germany in 2015 (428,500 of them from Syria).

There are currently 26 Schengen countries: 22 EU members and four non-EU countries (Iceland, Norway Switzerland and Liechtenstein.) Six of the 28 EU member states are outside the Schengen zone (Bulgaria, Cyprus, Ireland, Croatia, Romania and the UK).

On Monday, EU interior ministers are also set to discuss plans to seal off Greece from the Schengen travel zone.

Athens came under fire for its handling of the migrant crisis after Austrian Interior Minister Johanna Mikl-Leitner warned that Athens faced “temporary exclusion” from the Schengen zone.

“If the Athens government does not finally do more to secure the [EU’s] external borders, then one has to openly discuss Greece’s temporary exclusion from the Schengen zone,” she said in an interview with German daily Die Welt.

“It is a myth that the Greco-Turkish border cannot be controlled,” Mikl-Leitner said.

“When a Schengen signatory continuously fails to meet its obligations and only hesitatingly accepts aid then we should not rule out that possibility.

“The patience of many Europeans is coming to an end. There was a lot of talk, now we must act. It’s about protecting stability, order and security in Europe,” she added.

Schengen has repeatedly come under fire from Euroskeptics and far-right parties such as the French National Front (FN), UK Independence Party, and Dutch Freedom Party (PVV), who claim that passport-free travel is an open door to criminals and illegal migrants.

German authorities plan to make it easier to deport foreign criminals, including asylum seekers, by lifting some of the restrictions impeding the process. The initiative came following a series of sexual assaults that took place on New Year’s Eve in a number of European countries. The largest number of assaults was recorded in Cologne, where at least 516 criminal cases, including two cases of rape, have been filed according to local police.

EU border agency Frontex reported last week that some 108,000 migrants had arrived in Greece in December – 40 times the figure from December 2014. This brought the total number of migrant arrivals in Greece in 2015 to 880,000, the agency said.

Frontex said that in 2015 there were 1.83 million illegal border crossings detected at the EU’s external borders, compared to the previous year’s record of 283,500.

At least 60 people have died in Greek waters in January alone while trying to cross from Turkey to the Greek islands in poor weather, using unseaworthy boats provided by Turkish smuggling gangs, AP reported. Despite €3 billion (US$3.25 billion) in subsidies for refugee camps and an offer of visa-free travel for Turks, an EU-Turkey deal has so far failed to curb the flow of migrants.

Marie Elisabeth Ingres, Greek mission chief for the charity Doctors Without Borders (MSF), said creating a “safe point of passage” at the Greek-Turkish border should be a primary objective.

“Since the beginning of this crisis, MSF has been calling for legal and safe reception to be made available at the land border between Turkey and Greece,” she told AP.

“At present … people are effectively blocked from crossing it and have no other option but to turn to illegal means to reach the continent, risking their lives and often the lives of their families at sea.”