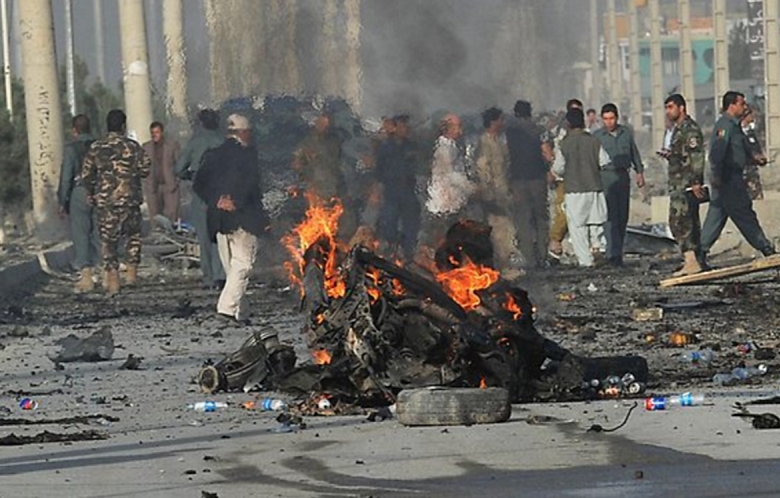 Across the border in Pakistan’s Peshawar city, a deadly armed assault on Bacha Khan’s university compound was just designed to cause causalities. The attack happened around the anniversary of the bloody raid on a military school in December 2014, which is distanced just 40 km from each other.

Pakistani military immediately threw the blame on Afghanistan before going into a comprehensive investigation.

It could be counted as retaliatory strike to Pakistani army’s anti-Taliban operations in FATA or for execution of those convicted on charge of organizing last year’s Peshawar school attack.

Pakistani Taliban immediately asserted the responsibility for the attack. However, the great grand-daughter of Khan Abdul Ghaffar Khan or Bacha Khan, whom the university is named after, says Pakistan was behind the attack in which students were butchered.

She has rejected the Tehreek-i Taliban’s claim of being behind the attack. She went on saying that it was done by Islamabad to “vitiate the minds” of Pakistani Pashtuns against the people of Afghanistan.

In an interview with Hindustan Times, Yasmin Nigar Khan, 42, argues that why Taliban time and again hits Pakhtunkhwa, instead of Punjab or Sindh provinces?

Now, how would Pakistani military authorities retract the claim that the attack was operated from Afghanistan with alleged clues of mobile communication used during the raid? Isn’t that downgrading them in the eyes of world? They needed to find out exhaustive details prior to making any claim. This is disillusioning.

Even for the sake of the running peace negotiation, Pakistani military didn’t have to make such allegation. This, in nature, is sort of “trouble-making” for reconciliation.

In many ways, Afghanistan is plaguing a deep crisis, and it is too feeble to conduct any such well-organized raid, neither is this country willing to sabotage the fragility in relations between the two states.

Popular Pakistani news channel Geo News has reported that no Afghan SIM card has been used in the latest assault, dismissing COAS Asim Bajwa’s claims. The video report also circulated in social media widely rebuked by Pakistani citizens as attempt for turning Pashtuns of either sides of border against each other.

Apart from the Taliban’s conditions, Islamabad is pushing Kabul for a number of privileges such as share in waters of Kunar River, recognition of Durand line as official boundary and closure of Indian consulates in Jalalabad and Herat cities of Afghanistan.

According to an unofficial report, roughly eight months ago, India offered to supply Afghan air force with four armed helicopters. The report adds statesmen in Kabul deliberately dragged out the offer up until recent under reasoning that the aircrafts should number 8 or that it should be exported via Russia to avoid Pakistani military’s backlash.

It was because the approval could disappoint Pakistan, despite Afghan air force excessively fall short of air equipment.

On the other side, end to Iran’s sanctions has further bridged Iran and China’s economic cooperation. Afghanistan is sandwiched between the two regional powers whose increased trade exchanges could result in pressing for a secure Afghanistan.

The agenda of the first high level Chinese-Iranian meeting in 14 years included debate on a speedy solution for Afghan war.

Aftereffects of a blast in Kabul

The mental vulnerability of a nation to blasts varies depending on strikes it has experienced in the past in terms of scale, quantity, fatality as well as uncertain future of life. In recent years, Kabul, in particular and other major Afghan cities, in general, are enduring the unbearable burden of a spectrum of distress and oppression.

Last week’s suicide attack in a rush hour on a road leading to parliament left 7 dead and dozens injured.

In search operation following Wednesday’s attack, Afghan security forces apprehended eight suspects linked to Haqqani Network. Taliban had earlier issued warning to Tolo and 1TV channels in Kabul over featuring un-Islamic, in other words, vulgar shows that, according to their statement, are in contrast with the country’s conservative values.

Although, Taliban has sustained crimes against humanity ever since their inception and engaging in fatal acts that is wreaking havoc on the country’s social live, businesses, development and infrastructure, there is no room for the group to speak of any negativity in Afghan community.

This year’s winter is distinct because of nonstop rebel attacks. In the previous winters, Taliban were freezing activities over the fact of being too costly.

The concern that the years after 2014 would be horrific in Afghanistan is proven true. Neither Afghanistan, nor Iraq or Libya sprang into an extraordinary situation than they were before following the Western occupation.

In Afghanistan, the U.S and international aids were pumped unfairly as some became millionaire while others went to get addicted of insolvency.  Some pocketed AF 80 million under pretext of purchasing fertilizer for the farms and was not prosecuted, while some serve in prison for 20 years over shooting Taliban militant. The gap between lower and upper classes is widening, serving as a model in the world.

The number of people who left Afghanistan before 2014 can be measured “somewhat”, but surge in this trend intensified after 2014 in 2015, coinciding with the initial months of Ghani’s government. Now, one or more member of most households is in quest of ways to pack up for a westward step.

Despite Afghan media dissuades youth not to leave and authorities come up with “unrealizable” employment plan for the future, many have set it firmly that nothing would change with the things in place.

Outflow of already negligible intellectuals in Afghan community might be something the enemies of Afghanistan dream of, or a good tiding that has been born as result of a conflict which is geared towards something else.

New fashion of executions and brutalities has appeared to take place in this “almost leaderless” nation, some exported from Syria.

This is confusing that, on the one hand, belligerent groups are increasingly putting people on persecution, while Afghan leaders beg youth not to leave their ancestral land, as ex-president Hamid Karzai said recently. In his comments, he tried to convince youth that the war is temporary and the security will be back to normal.

At the same time, Afghan security authorities have signaled that the war could drag into one or more decade.

The Afghans endurance of dire insecurity has gone too long into 15th year, which is overlaid by other sorts of insecurities such as child abduction, burglary, judicial injustices and many more.

Casting a look to child kidnapping, a recently flourished business in Kabul is taking people’s comfort away with putting their offspring at potential risk of abduction. The phenomenon is doubling concerns for a departure.

Every blast in the capital Kabul causes a measure of capital flight, forcing businessmen to reflect on whether or not to continue. Equivalently, a relatively enormous blast could impact as far as to make an estimated hundred people fly away.