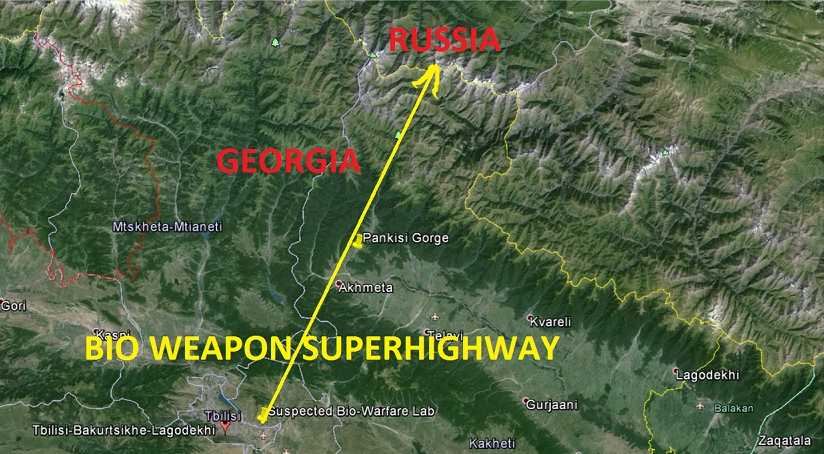 The Chief Sanitary Inspector of Russia, Gennadiy Onishchenko, &nbsp;is unhappy about the explanations provided by the Georgian government regarding the activity of Richard G. Lugar Center for Public Health Research (CPHR) operating in Tbilisi.

Onishchenko views the CPHR as a “direct threat” to Russia. “For example, if you have a gun you will not use it to conduct an orchestra,” the Russia’s Chief Sanitary Inspector said on 29 July.

“Special equipment in the laboratory, US military bacteriologists operating there question the desire of the Georgian government to take a path of trust rather than serve primitive legends of US military,” Chief Sanitary Inspector of Russia said.

In response to our concerns, “we have heard quick and unprofessional comments from the ministries of health care and foreign affairs. These comments intensify the doubts that this facility [CPHR] is not under the control of the national authorities. One can sense the US military behind the primitivism of those explanations,” Gennadiy Onishchenko declared.

On 20 July, Onishchenko voiced concerns about “the operation of biological laboratory of US marine forces, which does not fall under the control of Georgian authorities.”

A day before that, on 19 July, the Foreign Affairs Ministry of Russia made a statement that “the biological activity of the US Department of Defense near Russia’s borders is a matter of serious concern.”

The Russian side expresses its concerns despite the fact that Russian experts have already visited the CPHR twice, something which the official Tbilisi confirms too.

The Richard G. Lugar Center for Public Health Research was opened in March 2011, with the mission to promote public and animal health through infectious disease detection and epidemiological surveillance. The United States allocated 100 million USD for the establishment of the Center. Georgian and American specialists work in this laboratory.

The Chief Sanitary Inspector of Russia, Gennadiy Onishchenko, commended Georgia for transferring the US-funded Richard G. Lugar Center for Public Health Research to Georgian doctors and said two other labs still exist in Georgia in which US military conduct researches.

Under the decree # 422, dated 7 May, the Georgian government liquidated the Richard G. Lugar Center for Public Health Research and transferred its assets to the National Center of Disease Control and Public Health of Georgia.

“It was under the full control of US military. To the detriment of public health and state interests, the former government of Georgia completely put that center into their hands. The new Georgian government took a decision to transfer it to the National Center of Disease Control and Public Health. We will always find a common language with professional civilian doctors.

This is a huge step but not final. Georgia houses two more military labs. Hope, those labs will share the same lot and will also be transferred to the Georgian civilian health care and will serve the interests of Georgian people rather than the interests of another country’s military entity,” said Onishchenko.

In late May, the Agriculture Ministry of Russian Federation summed up the damage caused by the swine fever since 2008, amounting to two billion rubles.

According to the Chief Sanitary Inspector of Russia, the so-called African swine fever epidemic was a planned act of economic subversion undertaken from the territory of Georgia. “No doubt that it was done from the territory of Georgia and was not accidental. That was a planned action aimed at undermining the Russian economy,” Onishchenko told the Russian Interfax news agency on 2 June.