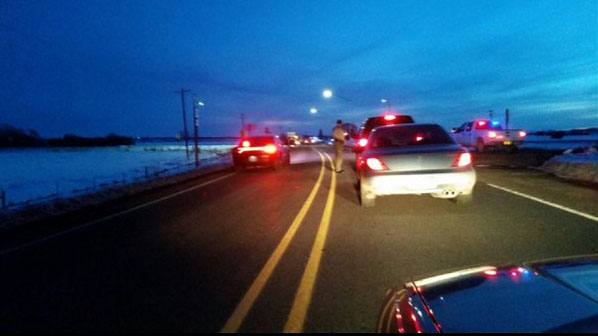 Editor’s note:  There are two mindsets as to how to deal with the Bundy gang’s survivors, still sitting hoping to steal public land and sell off timber, pollute water and destroy even more wildlife.  Mike Chester says we should use drones on them.  After all, we are killing much better folks in Yemen and this is closer to home.

The Bundy clan is pure “Bundy,” the intelligence of Al Bundy and the morals of Ted Bundy.

This reminds me of the Jade Helm hoax scare and a radio show with Webb, Fetzer and Cambell discussing how to make chlorine gas grenades and use them on American military and their families.  No, we aren’t making this up.

I personally judge the Bundy klan by its supporters.  What I love most is how they, and you know who you are, love throwing around “trollish” accusations, anyone not willing to talk up some support for the Bundy morons is either a “Jewish shill” or has “Nigger blood.”  Even folks to are banned from Walmart for shop lifting can still get to a public library and borrow a computer.  I can still see them, walking up and down the aisles pointing toward the floor wondering if the secret entrance to the Walmart prison complex tunnels is in hardware or behind the home entertainment section.

The Bundy/Santilli gang are End Times Zionists with ties to the Bronfman family in Canada, Alex Jones and the Bolshevik neocon’s.  This has been known for some time.  Their backers, a combination of mentally ill, parnoids mostly and trailer park trash, are solid mainstream GOP.

They represent the solid connection between the phony European identity/White Power movement and multi-generational organized crime, both Mormon and old line “Jewish mob.”

It has finally happened, a blogger has been arrested, Pete Santilli.   I talked with him on the phone years ago, a conversation he chopped up and edited into what he tried to construe as CIA death threats against himself, a wild fabrication.  My only impression during the call was that he was inherently dishonest and delusional and most probably a working for the FBI to discredit those of of us who do make a difference.

I now believe I am totally correct on that.  Let’s see if they let him go.  He has done this for sure, he has opened the door, as have others including two I fired from VT, to round up the rest of us for the very real work we are doing, investigating US backing of ISIS, the current bio-warfare against Southern Russia and the endless false flag terrorism, among other things too many to recount here.

When former VT personnel asked the public to make chemical weapons, in this case chlorine gas bombs, and use them against the military which includes off duty military and their families, I saw a combination of very bad judgement and paid agent provocateurs, even one we had let into VT for a time.

When VT stopped Jade Helm, an obvious attempt to cut down free dissent in America, we could see another Bundy type fiasco, greedy little morons fronting for corporate logging interests trying to finish off the last few decent public treasures owned and enjoyed by the American people.

Listen to recordings of Bundy bragging about his “big money” Mormon friends who were ready to clear cut a national wild life preserve, selling the trees to the Japanese of course, hiring illegal alien labor as usual and hiding the profits in their overseas corporations partnered with Bain Capitol in Cuba and the Caymans.

We are told that LaVoy Finicum was killed.  We will include what we can as things become clearer.  We offer our condolences to the Finicum family but we also accept that Finicum had long planned a “suicide by cop.”  We don’t know him personally and now never will and thus don’t know what was in his heart.

As for the Bundy “klan,” VT is singularly opposed to groups such as this one, right wing totalitarian extremists who favor a government that would bring VT and its veterans into armed conflict to prevent.  The Bundy/Oregon militia’s race hatred, religious extremism and tasteless ignorance is inexcusable.

Our own knowledgeable sources confirm that one police informant was arrested with the group today as part of a cover operation.  We will watch events carefully, particularly waiting to see what Alex Jones has to say.

I still remember two minor episodes that marked the death of the Michigan militia, the largest ever organized in America.  I believe it may have been Thomas R. Wayne who said at a militia gathering:  “Will all FBI informants please leave the room.”  Before he could get the next sentence out, he found himself alone.

More or less officially, the Michigan militia disbanded when George “W” Bush took office stating:  “With a man like this in office, there is no need to protect the American people, not when George W. Bush can do it better than we can.

No more telling words were ever spoken and these are the words.