“As you know, Daesh (Islamic State) enjoyed Turkish money for oil for a very, very long period of time. I hope that it will be ended,” Ya’alon said during a meeting with his Greek counterpart Panos Kammenos in Athens.

The Israeli defense minister further accused Turkey of “allowing the jihadists to move freely from Europe to Syria and Iraq and back to Europe, and in this become part of the Islamic State’s infrastructure in Europe,” the Ynet reports. 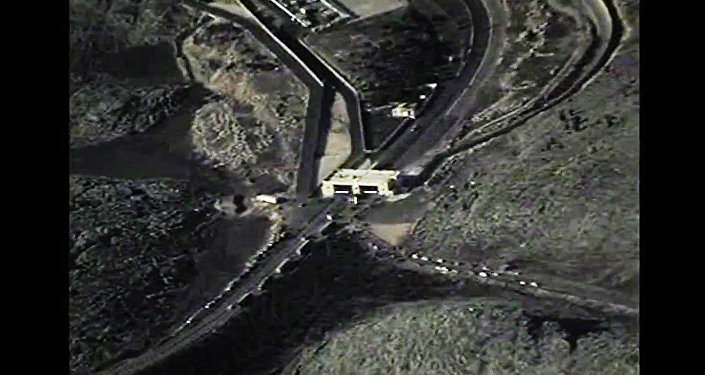 “It’s up to Turkey, the Turkish government, the Turkish leadership, to decide whether they want to be part of any kind of cooperation to fight terrorism. This is not the case so far,” Moshe Ya’alon said.

Daesh (also known as ISIS/ISILIS), which is outlawed in many countries including Russia, controls large areas in oil-rich Syria, Iraq and Libya. Earlier in December, the Russian Defense Ministry presented evidence showing that the jihadists had been smuggling oil across the Syria-Turkey border in large volumes.

Turkish President Recep Tayyip Erdogan has repeatedly denied profiting from IS oil trafficking and vowed to resign if indisputable evidence emerged that confirmed his family’s involvement in the Daesh oil business.

Israel’s defense minister has alleged that the Islamic State terror group has long been funded with “Turkish money.”

“As you know, Daesh (Islamic State, previously ISIS/ISIL) enjoyed Turkish money for oil for a very, very long period of time. I hope that it will be ended,” Moshe Yaalon told reporters in Athens on Tuesday after meeting his Greek counterpart, Panos Kammenos, Reuters reports.

“It’s up to Turkey, the Turkish government, the Turkish leadership, to decide whether they want to be part of any kind of cooperation to fight terrorism. This is not the case so far,” he said.

Yaalon’s counterpart, Greek Defense Minister Panos Kammenos, made similar statements, saying that a large part of the Islamic State’s oil trade, as well as the financing of terror, is going through Turkey.

Earlier, Russia had accused Turkey of shady dealings with ISIS. In December, the Russian Defense Ministry released maps and satellite images it said proved that Turkey was the main consumer of oil smuggled out of Syria and Iraq by the terrorists. The ministry also claimed that the Turkish president and his family were involved in the criminal dealings.

Iran has also said it was in possession of photographic and video evidence of ISIS oil entering Turkey in trucks.

In December, Syria’s envoy to the UN Bashar al-Ja’afari also accused Turkey of supporting terrorist groups. The diplomatappealed to the UN, urging it to end Ankara’s “violations and crimes.”

Turkey has denied the accusations, while the United States last month rejected Russia’s claims that the Turkish leadership was linked to ISIS oil smuggling.

Turkey has “permitted jihadists to move from Europe to Syria and Iraq and back, as part of Daesh’s terrorist network, and I hope this will stop, too,” Yaalon added, according to a transcript of the Israeli minister’s comments provided by the Greek Defense Ministry.

Another force fighting against IS, an Iraqi Shia militia, has also alleged that the terrorists are freely crossing back and forth across the Turkish border, with Ankara providing militants with logistical support. Citing evidence gathered from prisoners and on the battlefield, a military spokesman for the Popular Front’s Badr Organization said the data they’ve gathered directly implicates Turkey’s involvement with Islamic State.

The comments from Turkey’s neighboring countries come as Ankara and Tel Aviv are trying to mend ties and negotiate gas imports. Senior Israeli and Turkish officials met in December to continue negotiations on the exportation of Israeli natural gas to Turkey.