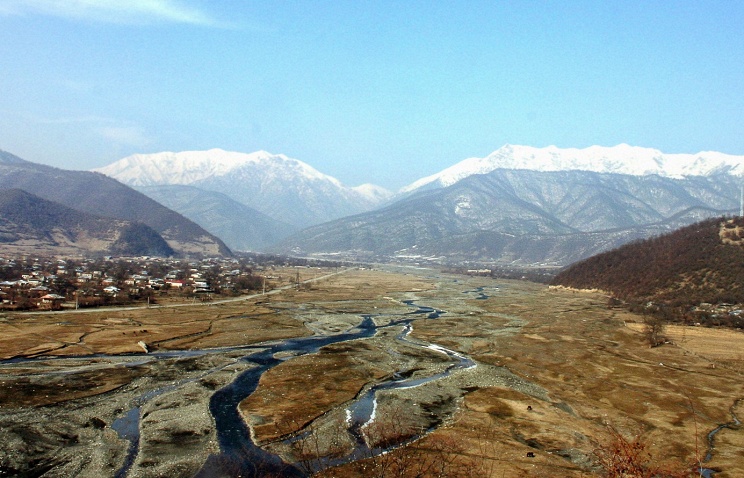 MOSCOW, January 26. /TASS/. Moscow has information that the Islamic State (IS) terrorist group is using the Pankisi Gorge in Georgia in its interests, Russian Foreign Minister Sergey Lavrov told an annual press conference on Tuesday. “We receive reports that ISIL (Islamic State of Iraq and the Levant – former name of IS) militants are using this hardly accessible territory to train, rest and replenish their supplies,” Lavrov said.

The foreign minister said that there were cases when terrorists were detained in the Pankisi Gorge. According to available information, they were linked to IS, he added. Russia’s territory well-protected from IS presence.

According to the minister, Russia’s territory is secure from the presence of the Islamic State terrorist group. “They [terrorists] get into all the holes,” Lavrov said. “If we do not fight against them, no one will be able to hide from them.” “At this stage we [Russia] have a serious shield, and we stop all the manifestations that we see in Russia’s territory,” Russia’s top diplomat said.

Among members of the group are citizens of 80 countries, including France, Great Britain, Germany, Morocco, Saudi Arabia, U.S., Canada, Russia and other countries of the Commonwealth of Independent States (CIS). The IS group is also considered as a terrorist organization in the US, Canada, the UK, Australia, Turkey and some other countries. The international coalition led by the US has been delivering airstrikes on the IS positions since August 2014. Russia launched its airstrikes against the IS on September 30, 2015.