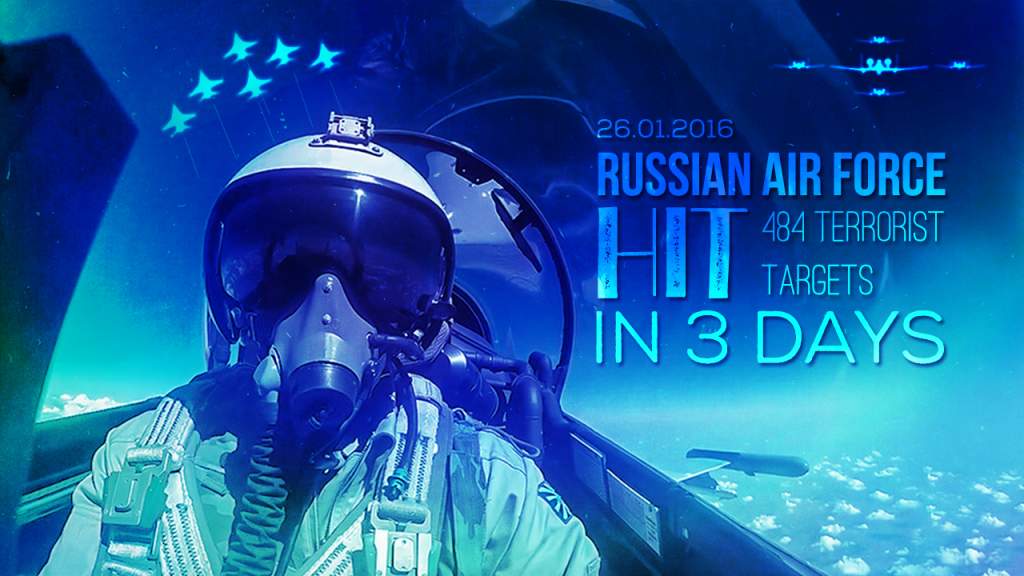 The Russian air grouping in in Syria carried out 169 sorties and hit over 484 terrorist targets in the last three days, the Russian General Staff reported on January 25. 18 combat sorties were carried out by Russian Tu-22M3 Backfire strategic bombers. Since the Russian airstrike began in September 30, 2015 in Syria, the Russian warplanes made nearly 6000 sorties destroying significant terrorist positions and their assets.

The Syrian Arab Army (SAA) and the National Defense Forces (NDF) reportedly took full control of the Arbid Al-Judaydah district located near Kweiris Airbase in the northern province of Aleppo. The liberation of the district came after the SAA and the NDF liberated the strategic villages of Qatar and Tal Hattabat late last week. The Syrian troops are reportedly preparing a massive attack on al-Nusra militants in the coming days to break the siege of the Shiite-populated towns of al-Zahra and Nubl in northwestern Aleppo.

In the West Ghouta region of rural Damascus, the SAA and the NDF liberated the last road controlled by the terrorists of Ajnad Al-Sham and Al-Nusra. The road links the two towns of Al-Mo’adhimiyah and Darayya. Folowing a series of clashes, the militants retreated west towards Mo’adhimiyah’s southeastern district.

Having lost their advantage in western parts of the country, ISIS command has now decided to concentrate its forces on trying to seize the city of Deir ez-Zor, the largest city in the eastern part of Syria. According to the intelligence sources, up to 2,000 heavily armed militants have been redeployed by ISIS to the region.

On Jan. 26, ISIS militants stormed the SAA’s defenses at Al-Jazeera University, Al-Firat Hotel, and the Al-Rawad Hill, striking from several flanks to find a weakness in the Al-Baghayliyah District’s southern sector. 2 suicide bombers were used by ISIS near Al-Jazeera University. The SAA repel these attacks. However, heavy clashes are continuing.