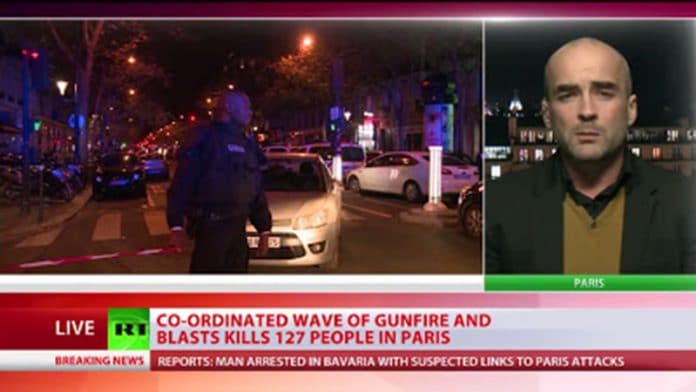 Gearoid O Colmain, commentator for Russia Today and contributor to the new book ANOTHER French False Flag?, may be politically on the left…but he is definitely not part of the co-opted foundation-funded pseudo-alternative world that passes for the “respectable left” these days. In his new article “Coercive Engineered Migration: Zionism’s War on Europe“- and even more so in this interview – Gearoid offers a frightening, plausible, politically-incorrect analysis of what’s behind the manufactured “refugee crisis.”

Gearoid’s early report for RT on the 11/13/15 false flag in Paris has already passed a million views.