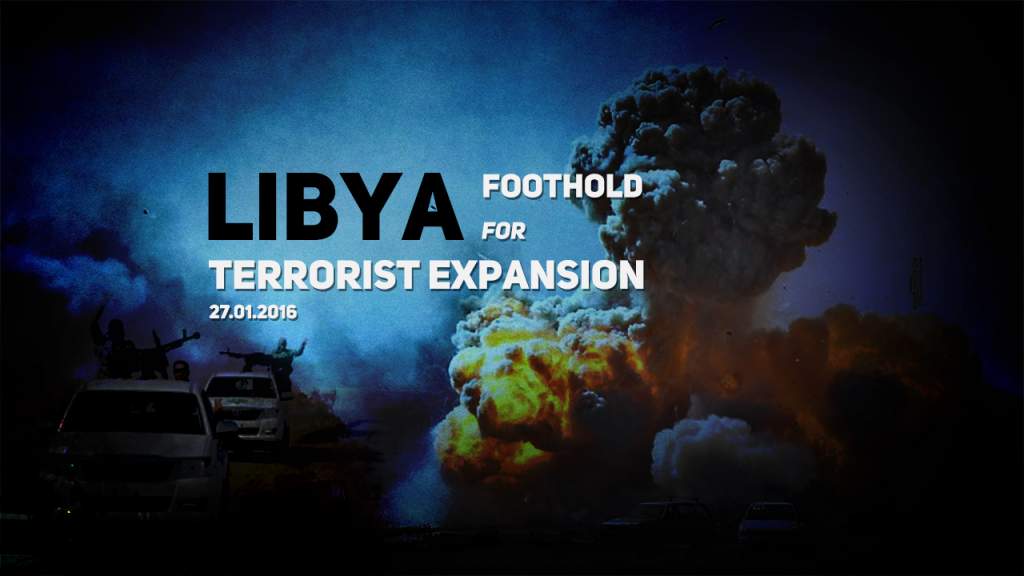 Though Syria and Iraq are the main theaters of global standoff and terrorist activity in recent years, there is another country that also draws the attention of the world powers: Libya. Since the fall of Muammar Gadhafi in 2011, the war-torn country has been in a constant crisis fueled by the West’s inability to implement any kind of a peace settlement involving a wide range of competing entities operating in the country. The so-called “national unity government” backed by the UN has almost no influence in the country. The crucial oil infrastructure and the coastal zone are controlled by fragmented factions. Indeed, it’s obvious that US and European diplomats won’t be able to control the Libyan conflict over the long term. A conflict they created themselves. A diplomatic solution could be found through UN procedures and under the supervision of the international community through neutral states such India, Malaysia, Indonesia or even Latin America states. Unfortunately, this type of “neutral approach” is never implemented by the UN.

If the US and the EU continue to participate in the conflict, the situation will likely deteriorate. The Libyan scenario is even worse than the situation in Syria and Iraq because the structure of governance is totally destroyed. After the start of the Russian military operation in Syria which also pushed other world powers to increase military activity in the region, ISIS is rapidly losing ground in Syria and Iraq. The group is now looking for a new home. Some 5,000 militants loyal to ISIS already operate in Libya and this number is expected to grow.

Thus Libya will likely become a foothold for the terrorist groups after a retreat from the Syria-Iraq battlespace. Here they will be able to set up a network of training camps and start a new full-scale recruiting campaign. Libya’s advantageous geographical location will allow terrorist entities entrenched there to conduct operations in any chosen direction: Middle East, Europe or Northern and Central Africa. Economic resources also attract the attention of ISIS. Libya is rich in oil fields and its geographical location allows terrorist groups to control illegal traffic from the rest of Africa to Europe and Middle East.

There are a number of historical examples of North African states – Algeria, Tunisia, Libya – acting as a base for radical organizations operating in regions such as the Middle East and Europe. These examples could easily be repeated.

There is a serious threat that a new terror state will rise in Libya due to the terrorist expansion to the region. This expansion will intensify as terrorists lose territorial control in Syria and Iraq. Human trafficking, the narcotics trade and oil smuggling will allow for the setting of an expansive economic ground for a newly entrenched terrorist regime.

From this point, one can identify three possible directions of further destabilization:

The failed Western attempts to implement a peace settlement in Libya are clearly undermining regional security, turning the country into a foothold for terrorist operations in North Africa, Europe and Middle East, and facilitating human trafficking and uncontrolled arms sales including air defense weapons that could threaten civil air traffic. The growing destabilization in Libya will also increase illegal migration flow to Europe. Moreover, the Mediterranean migration route opens a highway for terrorists aiming to set up sleeper terrorist cells or conduct terrorist actions across the whole of Europe. A possible second NATO-led intervention in the country, an idea which is circulating in the US-funded think tanks, will only complicate the situation. It will provoke a new wave of rebellion among the Libyan people. The people of Libya know full well who plunged their country into war.

In this case, SouthFront: Analysis & Intelligence believes there is only one way to stabilize the situation and avoid a NATO-led military intervention which will further undermine already weak North African security and fuel the ongoing war and refugee crisis. Resolution of the conflict requires setting up a temporary international administration under the auspices of an organization established specifically for this task and operating under mandate of the UN, in combination with a true international peacekeeping force on Libyan territory.