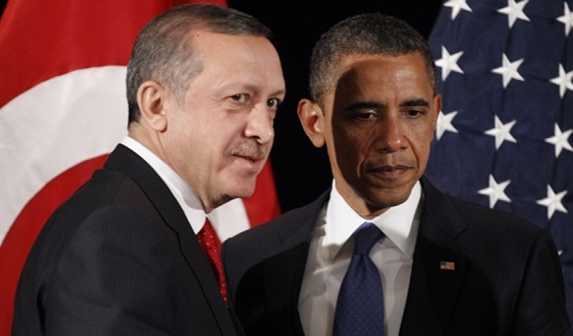 [ Editor’s Note:  Iraq is at the point of losing credibility at this point to continue whining about the Turkish military presence, a small one, and then never doing anything about it when it has huge military forces at its disposal. They are making a big mistake here.
–
Why? Because the world public will develop what is a called a “tin ear” for future Iraqi issues as a waste of time to even follow because a lot of the political aspects are play acting.  Iraq is already in the situation with all of its bombings, with their being so many reports and then nothing about what is being done about them.
–
The EU has a similar situation with the refugee issue and now the growing crime wave. We hear are rising concerns but we see no major political marches taking place…and when they do, only a few thousand. “Outside people are not going to be more concerned about say Germany’s security than the Germans are. People will stop even reading the articles.
–
We see a trend of this in many places. People are activists when it comes to complaining, with the goal to get someone else to deal with their problems. That is the most they are willing to do, and that never flies. Even their politicians stop paying attention to them, and whose fault is that… Jim W. Dean ]
–
_____________
–
– First published  …  January  29, 2016 –
–
TEHRAN (FNA ) – Turkey has sent its troops to Northern Iraq after receiving Washington’s green light as the recent statements of Turkish officials show, pro-Saudi media reported.
–

“Turkey’s insistence on military presence in Northern Iraq on the pretext of fighting terrorists there and Iraq’s failure to push Turkish troops out of its soil shows that Ankara has taken the move at the US order,” the London-based Arabic-language Al-Arab newspaper reported on Friday.

It said that the recent statements by Turkish Foreign Minister Mevlut Cavusoglu who claimed that Turkey’s military presence in Northern Iraq has been justified for the world indicates a secret agreement between Ankara and Washington on the presence of Turkish troops in Iraq.

The newspaper noted that the Turkish troops are still in Northern Iraq near the city of Mosul which is under the control of the ISIL despite repeated protests by Iraqi officials.

On December 8, the Arab League condemned the deployment of Turkish troops in Northern Iraq, labeling the incident an “intervention.”Following international criticism at Turkey’s decision to send troops into Northern Iraq to allegedly train Kurdish forces without Baghdad’s permission, Nabil Elaraby, Secretary-General of the Arab League, said the act was a “blatant intervention.”

He told newspaper Al Youm El Sabe that while the Arab League couldn’t take direct action against Turkey, they could release a statement condemning Ankara for the breach of Iraq’s national sovereignty.

Elaraby also warned that if Turkey continued to intervene in Iraqi territory without permission, then the Arab League would go to the UN Security Council to try and resolve the issue.

The furor came after more than 130 Turkish troops, along with tanks and artillery, entered Kurdish-controlled territory in Northern Iraq.

Turkish officials said the deployment was merely part of a routine training exercise with Kurdish forces to help them fight against Daesh, also known as ISIL.

However, Iraqi officials angrily criticized Turkey’s actions, saying that the move was a “serious breach of sovereignty.”

With tensions rising, Baghdad on Sunday threatened to go to the UN Security Council unless Turkey removed its forces within 48 hours.

“Iraq has the right to use all available options, including resorting to the UN Security Council if these forces are not withdrawn within 48 hours,” Iraqi Prime Minister Haider al-Abadi said in a statement.

Iraqi Defense Minister Khaled al-Obeidi backed his prime minister, saying that Turkey needed to consult with the Iraqi government, regardless of what their motives were in the fight against jihadist groups in the region.

“No matter the size of the force entering Iraq, it is rejected. It was possible to undertake this sort of prior coordination without creating circumstances which contributed to a crisis between the two countries,” al-Obeidi said.

Turkey has come under serious international criticism over the country’s actions in recent times, particularly following the shooting down of a Russian jet last month, which resulted in the death of one Russian pilot.

The incident sparked a rebuke from fellow NATO member states, and led Russian President Vladimir Putin to label Turkey as “accomplices of terrorists.”