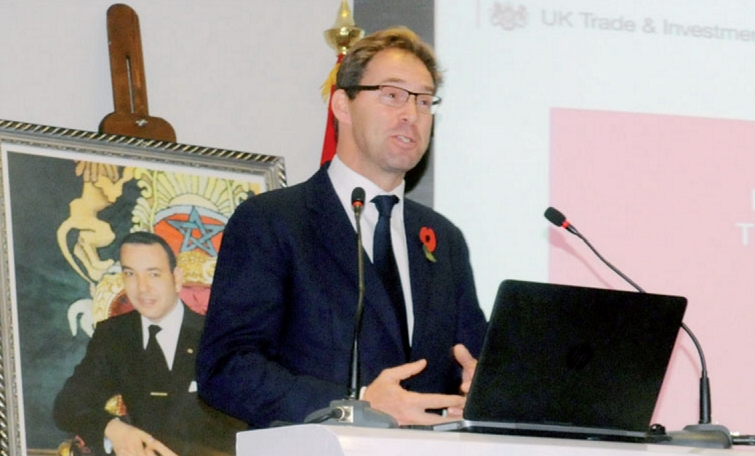 UK Minister for the Middle East Tobias Ellwood
Evidence from a UN report that suggests the Saudi-led military campaign in Yemen has targeted innocent civilians may have been falsified by Houthi rebels, a British government minister has alleged.

Minister for the Middle East Tobias Ellwood caused astonishment when he made the claim in the House of Commons on Thursday.

The UN report, which provoked outrage after it was leaked earlier this week, found that 119 Saudi-led military missions in Yemen were linked to violations of international law. Its findings stoked fears that British-made arms sold to the Saudis may have been deployed to commit war crimes.

Amid mounting concerns that UK-made weapons have been used to bomb schools, hospitals, markets and other civilian targets in Yemen, Cameron has been urged to suspend all arms sales to the Gulf state. However, the government has failed to do so, and has left UK arms sales to Saudi Arabia unfettered.

Andrew Smith of Campaign Against Arms Trade (CAAT) said the government must revoke all existing licenses for arms to Saudi Arabia.

“If the government takes the UN and international law seriously then it must revoke all licenses for arms to Saudi and call an urgent investigation into the abuses that have taken place,” he told RT.

“Elwood’s position seems to be that we should just take Saudi Arabia’s word for it – this is despite the fact it is one of the most violent and repressive regimes in the world. There needs to be an investigation that considers all of the evidence available.”

Addressing MPs in the House of Commons, Ellwood said he took the UN report’s allegations seriously. However, the Tory minister noted that its authors had not personally made their way to Yemen. He argued that the evidence of potential attacks on civilians was predominantly based on “hearsay” and satellite pictures. He also suggested that some of the devastation referenced in the report could have been caused by Houthi rebels, who are fighting the Yemeni government.

“We are aware that the Houthis, who are very media-savvy in such a situation, are using their own artillery pieces deliberately, targeting individual areas where the people are not loyal to them, to give the impression that there have been air attacks,” he said.

“That is not to exonerate Saudi Arabia from any of the mistakes it might have made, but it is why it is so important to have a thorough process to investigate absolutely every single incident.”

“For decades now the UK has shared an almost entirely uncritical relationship with the Saudi regime. One group that has benefited is the arms companies, who have made millions from the bombardment,” he said.

“The UK may not be bombing Yemen directly, but it has been complicit in the destruction. By arming and supporting the Saudi regime it is aiding and fueling the destruction that is taking place.”

Ellwood has vowed to sit down with Saudi officials to ensure the UN report’s findings are carefully analyzed. He also insists that existing export licenses related to Saudi Arabia are compliant with UK standards.

His comments come as a growing chorus of critics accuse the government of waging a proxy war in Yemen. As scrutiny of Britain’s involvement in Saudi-led military operations intensifies, campaigners and commentators insist that Britain is intervening in the conflict. They say that Britain’s arming of the Saudi-led coalition and provision of advice to Saudi military personnel amounts to covert warfare.

Britain sold over £1 billion worth of missiles, rockets and bombs to Saudi Arabia last summer despite evidence of war crimes committed by the Saudi-led coalition in Yemen. Saudi Arabia revealed earlier this month that British and American forces are stationed in the control center from which military operations against Yemen are being directed.

However, the Ministry of Defence (MoD) has refused to disclose how many British personnel are involved. The department insists Britain’s involvement is confined to advice and training geared at ensuring Saudi Arabia complies with international law.