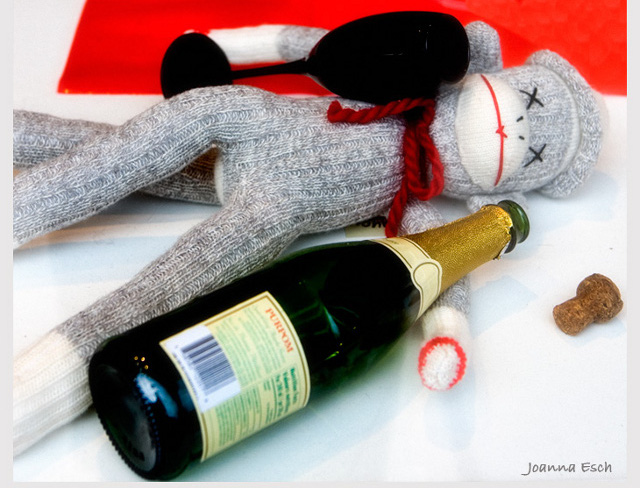 [ Note:  This was a New Year’s retrospective that got lost in the shuffle over at NEO, but the subject matter was a timeless one — the band of fools we see in leadership in so many countries and the collective threat they represent to all the rest of us.

Of course they are not solely to blame, as at the end of the day, most are puppets on someone else’s string, and who out of concern for their longevity, remain behind the scenes where bullets and barbs seldom fly. We have work to do in focusing more attention on them, because to leave them in place untouched while changes are made in state leaderships will be like rearranging the chairs on the Titanic.

We have to work more to up our game to make those in power, and who we know are representing “outside interests”, worry about being exposed for the nasty things they are involved in. And we need to work more on an effective counter mass media campaign to combat the defeatist attitude in that community.

When was the last time we saw a major media strike over how in-the-bag mass media is today? Why have all the trade unions just accepted their serfdom allocation for a profession that our Founding Fathers assigned them as being a key defense role for the country?

May we continue to get wiser, stronger, and collect a few more scalps this year via our own regime change program, including entities like NATO, which needs to be turned inside out and put under the spotlight.

We need to uncover whose interests it is really representing, and gain more public control over both its long term policy and the ability to investigate and change what it is doing, in terms of tactics used and lying to the public behind a layer of classification smokescreens… Jim W. Dean ]

The New Year begins with a race to see what world leader or country could make the craziest geopolitical move to make the world a more dangerous place for 2016. Obama lights a fuse blowing up his Iran deal at the last minute with a new sanctions proposal, the Saudis execute the famous Shia cleric Sheikh al-Nimr for his opposition heresy.

Mr. Erdogan tells the world that “Turkey needs Israel” while his Foreign Minister Davutoglu justifies the 150 Turkish troops outside of Mosul as a blocking against ISIL infiltration into Turkey. You just can’t make this stuff up.

Despite all the good news during December on Iran being ahead of schedule for fulfilling its side of the nuclear agreement, out of the blue came the White House announcement for new sanctions. The only rationale seemed to be that a token response over Tehran’s medium range missile test in December could head off Republican sanctions with enough teeth in them to potentially wreck the hard fought P5+1 deal.

But it was a crazy idea. When the NeoCons were defeated on stopping the Iran deal, they started beating their new Iran sanctions drum to milk media attention for the 2016 presidential race. Obama just could have shrugged the threat off with a promise to veto any attempt as he did before. But somehow some terrible staff work generated this idea that beating the Republicans to the punch with White House sanctions would look more forceful.

The timing was also horrible. The Iranians had been working quickly to get all of their mandated excess 3.5% reprocessed uranium out of the country before year end, as a show of good faith. Russia took the whole load in a barter deal for yellowcake. How the idiots in the Obama White House did not expect the Iranians to look at this as a stab in the back is beyond me.

The IAEA had closed Iran’s military nuclear portfolio with a unanimous vote, so there were no pending investigative loose ends. Iran also has a large number of foreign trade and investment deals all lined up to be signed as soon as the formality of ending the UN sanctions is completed in January.

These new US sanctions were viewed in Iran as an extortion attempt to get some last minute medium range missile concessions. This is what Iran always feared the most, that the US would continue trying to renegotiate the deal via petty compliance challenges.

That Iran has around 2000 of these medium range missiles has been widely known for a long time. They even had their guidance systems upgraded to state of the art by the Chinese during the earlier sanctions period, part of a tradeoff for lower priced oil shipments.

Sure, Iran put them on display for the media, with their huge underground facilities with roll out launchers, but the framing for doing that was the large weapons purchases by the Saudis and Qatar, including the US top of the line Littoral-class destroyers. Iran was showing its people that it would not be bullied and could retaliate to an attack with its conventional military power.

These medium range missiles were never a deal killer in the P5+1 talks because Iran’s potential to put nuclear warheads on them was taken away in the agreement. Arming them with clean mininukes, exactly what the West secretly has done, was always the big fear over these missiles.

Testing declared and non-prohibited weapons is always done by everyone who has them for maintenance safety and technical upgrades. The US used this as a loop hole to continue mininuke testing. Mininukes are the triggers for big nukes, and testing triggers was exempted under the new nuclear weapons test ban, because trigger testing was necessary for safety reasons.

Iran responded that it would speed up its missile program if any new US sanctions were imposed. The White House has backed off and put the sanctions move “on hold”. I suspect that was due to some very angry P5+1 partners, who do not want their trade deals with Iran held hostage by Obama playing tough guy to the Republicans.

Erdogan and Davutoglu play Butch Cassidy and the Sundance Kid

Erdogan starts the New Year off by announcing, “Israel is in need of a country like Turkey in the region. And we too must accept that we need Israel. This is a reality in the region.” While he is playing kiss and make up with Israel, they both have been working closely behind the scenes in their mutual desire to mercilessly dismember Syria.

In his talk this week, Erdogan was playing his “Israel card”, as everything he said was conditional, based on Tel Aviv jumping through some hoops first, so he can claim he is the ringmaster. He even used some bait, that Turkey could buy some gas from Israel.

His Foreign Minister Mr. Davutoglu surprised us with his New Year’s present. He sluffed off Baghdad’s threatening to use military force to move Turkish troops out of Iraq. Davutoglu suggested that the Iraqi Army needed to use its troops to get ISIL out of Mosul. Then he went on to say that the 150 troops and two dozen tanks were inside Iraq ,20 kms north of Mosul, to protect Turkey from ISIL infiltration; and if Iraq had spare troops they should be on the Northern border

But what Davutoglu forgot to mention is that Turkey’s Kurdish oil smuggling partners are already on that northern border, and the tanker trucks drive through ISIL-controlled Mosul on the way to their friendly Turkish border crossings that are guarded by Turkish troops.

The Saudis try to execute their way to respectability?

I saved the Saudis for last as they get the grand prize for running off the rails. Despite their problems and growing exposure for being major terrorism supporters, they slipped Shia cleric Sheikh Nimr al-Nimr into a batch of 47 “terrorist” executions and set the Shia world afire.

Worldwide revulsion was registered from all over the world. The Intel consensus was that King Salman decided to end the long running controversy with al-Nimr by simply biting the bullet, killing him, and waiting for public attention to latch onto a new concern, which often happens, but not always. And as Shakespeare wrote, “Aye, there’s the rub.”

Hezbollah’s Nasrallah said what was needed about this framing political opposition as terrorists so you can then execute them,

“Has not the time come to say with courage to the whole world that the main source and the launching pad for Takfiri ideology…is from this regime, from this family [KSA],” Nasrallah noted, adding, “They are partners in all the blood which is spilled in the Arab and Islamic countries.”

I can only view this as a desperate move by the King to show that he will tolerate no opposition, whatsoever. It was a big role of the dice, and one that could backfire with the coup that has long been simmering beneath the sands of the desert there. The young princes are not happy with the gamesmanship, the sinking finances, and the war with impoverished Yemen that refuses to end.

Syria was no threat to Saudi Arabia, and its financial future was secure in peace. So why has it chosen war? Has it all been greed driven, to cut Iran off from European energy sales to have its own pipeline through Northern Syria and NATO protecting it forever?

Or was al-Nimr executed out of anger over the Iranian support for the successful Syrian and Russian ground offense that is killing King Salman’s pipe dream? Historically a lot of leaders have fallen due to one big mistake. I think Sheikh al-Nimr may yet have his revenge from the grave, whether he would want it or not.

“He was very courageous regarding what he said,” Nasrallah said, adding, “He was a reformist man” championing the rights of people in the Arabian Peninsula. “He spoke what is right.”

Al-Nimr is no longer here, but we can speak for him…millions of us. Call the Saudi Embassy in your country, and ask all your justice minded friends to do the same. Call them weekly.