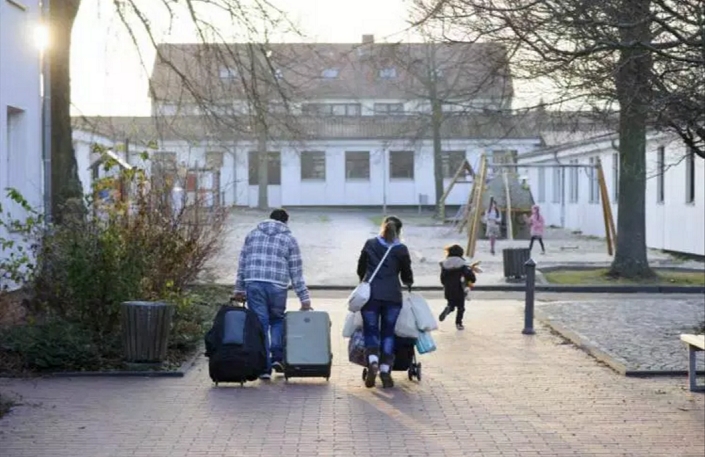 For reasons, some obscure, I have broad familiarity with Europe, the Middle East and Africa.  Despite my German/American upbringing, I tend to meet people, make friends and blend in, even in Afghanistan or in Africa villages.  Hell, I even liked living in South Vietnam, at least when they weren’t shooting at me.

Misunderstanding, whether religious, political or social, and there are man more kinds of misunderstanding, male and female primarily as every human knows too well, are at the root of all conflict.  Thus, getting past this, knowing the enemy or making the enemy a friend, is how we are going to survive.

Toward that end, I might mention Mark Siljander, the former congressman, one of my good friends, who spends his life on this task alone.  Look into Mark, believe some of what you read.  Mark went to prison because he stood up to Bush.  Mark was head of the evangelical Christian caucus in Congress, a reliable neocon and “monkeyboy” for President Reagan, eventually serving as UN ambassador.

When he jumped sides, opposing Bush on Iraq, they sent Federalist Society gangsters after him, eventually jailing him and, while in prison, Mark came down with an aggressive and almost “impossible” obscure type of cancer as is so often and so coincidentally the case.

Mark has survived, follow his organization and support it: www.bridgestocommonground.org/

I promised to talk about refugees so I begin.  I spend part of the year in a small German farming community.  A thousand years of history, much more really, is at your fingertips.  When you live on Romerstrasse, a Roman road, it is hard to avoid.  When you have to head out the gates of city walls to get to your car, you see where I am going?

Then again, the vacant lot down the road used to be Nazi party headquarters until an American plane flattened it with very little collateral damage, a lesson Americans seem to have forgotten and the house across the street used to be a synagogue but those who worshiped there are long since gone.

The workers in the summer used to be Poles.  Now the Poles hire Germans to clean up after them, as they say, “what goes around comes around.”  The refugees Berlin has sent us are Albanian, the ones we got are pure organized crime and have to be watched continually.  A handful brought a crime wave with them to a town that knew no crime.

Farmers stand up better than normal city dwellers it seems and after a few years of struggle, the pickings became sparse and the Albanians moved on leaving a town of reinforced doors, surveillance cameras, car alarms, new locks and steel shuttered windows.

The current threat is Syrian refugees but are these really Syrian refugees or are they something else?  I know Syria reasonably well, quite a nice country, a war going on there, a war where nice people are on both sides.  We hope the current dialog will find some common ground and a real political settlement can be reached among those who want a settlement.

Were you to have an influx of refugees from somewhere, Syria would be your first choice.  Syria is broadly westernized, has very little Islamic extremism, is broadly Christian and has a well educated population.  Syrians are for the most part Europeans and not very “Arab” at all, though they will cringe when reading this.  Syrians will, unlike many from the Middle East, make an attempt to meld into the local population.

You see this in France as well with Algerians and Tunisians, others as well including Africans of French cultural heritage, who become more “French” than the European “Frankish” French themselves.  In truth, most European nations are a polyglot because of the “barbarian” invasions.

If you want to go deeper, look at the Norman “occupation” of Southern Italy/Sicily.  They built a society that was Christian/Jewish/Muslim, sharing the best of all three.  Spain flowered under Islam while, on the other hand, the Balkans suffered deeply under the Ottomans, the worst of Islam, or it became so in the end.

Before heading into endless pages that might be fun to read, I have a writing staff that can do this for me, the idea is that a real education in History is what is needed and so few bother to get this anymore.

Europe is no dream world as History also tells you.  In fact, the idea of Europe and its hatreds is why America has felt so superior for so long.  Europeans hate each other, maybe not as much as the British and French, but those hatreds are alive century after century and are right there on the surface to see, even more than the North and South hatred in the US that flowered into war 150 years ago.

Europe simply doesn’t have the economic wherewithal, not even Germany, to survive EU insanity and waste, a new neocon cold war and Turkey’s manipulation of the staged refugee crisis.  America needs help, an invasion from the South of not Hispanic refugees/illegal aliens, but endless millions in drug cash buying up America’s political life.

Few talk about this and the threat is unimaginable.  Mike Harris is an expert as is Jim Hanke, they can explain it, I will have them do so on VT radio.

Europe needs to be saved from American geopolitical insanity and the depredations of the EU monstrosity.  The British are realistically approaching the problem more than others though the Germans and French are lining up as well.  Mind you, the Islamic flood into Europe is a real problem and many European cities are nightmares of crime, all Islamic.

On the other hand, in the US, cities like Dearborn/Detroit and Toledo, where I live, have huge Islamic populations with absolutely no crime, no unemployment and total integration where Jews and Muslims have worked side by side for decades and have developed broad commercial partnerships.

As much as I hate “sociology,” this is the tool set that needs to be taken out to understand who came to Europe and why in some cases communities have become unstable, radicalized, fraught with hopelessness and have failed.

Cleaning up the mess will require control, interference and “peacekeeping” done in a way the United Nations has never been able to do.  The UN has been a nightmare itself and requires broad reform.

To begin, Libya needs to be capped, put under control of neutral and disinterested forces.  Libya will take down both Europe and North Africa if this is allowed to happen.  This is a first priority.

Russia will deal with Syria, the US opened that door and should be very sorry, thank you very much.

Israel is learning their lesson now but Israel, which has caused so much mischief is also capable of reform.  Israel will do what is needed to survive but me saying how this is going to happen is pure arrogance.

The US needs to get the hell out of the Far East.

Poland is becoming a nightmare and Americans need to watch Poland very carefully.  What is going on there is what would happen if Ted Cruz were elected president.  Be afraid.

The mischief by Western intelligence agencies against Africa has to end, not just Sudan and Somalia but Kenya, Nigeria, Cameroon and now Ghana. The upcoming planned pan-Sahel war has begun already and Libya will set things on a road nobody wants to see traveled.