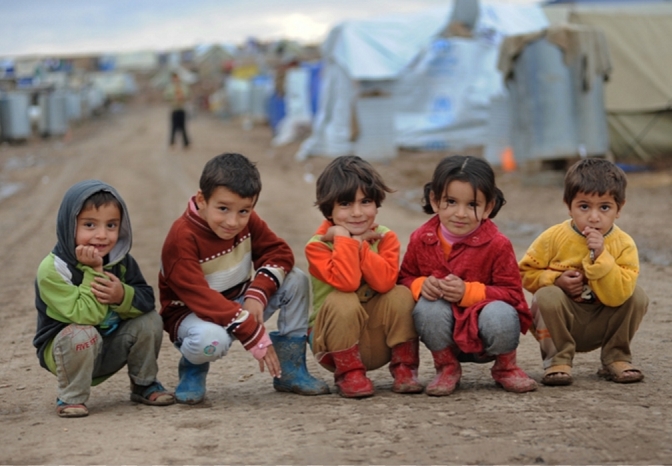 Human traffickers are taking advantage of Europe’s refugee crisis to find sex and labor slaves, particularly children, Europol says. The EU police’s chief of staff told the Observer that some 10,000 minors have gone missing since crossing into the EU.
Thousands of underage refugees have reportedly disappeared since registering with authorities, Europol’s chief of staff, Brian Donald, told The Observer.

At least 5,000 children have gone missing in Italy alone, Donald said, adding that another 1,000 have vanished in Sweden.

Donald stressed that an EU-wide “criminal infrastructure” could be specially targeting refugee children.

“It’s not unreasonable to say that we’re looking at 10,000-plus children. Not all of them will be criminally exploited; some might have been passed on to family members. We just don’t know where they are, what they’re doing or whom they are with.”

Moreover, there is already evidence of sexual exploitation, especially in Germany and Hungary. “An entire [criminal] infrastructure has developed over the past 18 months around exploiting the migrant flow. There are prisons in Germany and Hungary where the vast majority of people arrested and placed there are in relation to criminal activity surrounding the migrant crisis,” said Donald.

Thickening the plot, Police have discovered that the illegal gangs helping refugees come to the EU are the same gangs involved with human-trafficking. “The ones who have been active in human smuggling are now appearing in our files in relation to migrant smuggling,” said Donald.

The fate of unaccompanied children refugees is becoming a major concern in the EU, as the number of missing minors swells.

UK charity Save the Children estimates that at least 26,000 lone refugee children entered Europe in 2015. It has recorded multiple cases of sexual abuse, violence, and extortion involving child refugees and is calling on the UK to resettle 3,000 of them as soon as possible.

“These children need and deserve our help and protection. Left to fend for themselves, lone children are extremely vulnerable along the refugee route. Children report having been beaten, extorted, and sexually abused on their journey,” Save the Children CEO Justin Forsyth said.

Meanwhile, Europol estimates that 27% of the refugees that arrived in Europe in 2015 were minors.

“Whether they are registered or not, we’re talking about 270,000 children. Not all of those are unaccompanied, but we also have evidence that a large proportion might be,” said Donald, signaling that his estimate of 10,000 missing child refugees is likely much too low.

The Observer reported in December that the number of children asylum seekers disappearing in the UK had doubled over the past year.

Experts have warned that unaccompanied children migrants are the most vulnerable group.

“Unaccompanied minors from regions of conflict are by far the most vulnerable population; those without parental care that have either been sent by their families to get into Europe first and then get the family over, or have fled with other family members,” The Guardian quoted Mariyana Berket from the Organisation for Security and Cooperation in Europe (OSCE) as saying.

Donald urges people to keep an eye out for missing refugee kids, since they could be subject to abuse in their communities. “These kids are in the community, if they’re being abused it’s in the community. They’re not being spirited away and held in the middle of forests, though I suspect some might be, they’re in the community – they’re visible. As a population we need to be alert to this.”

However, as a concession, the British government said it will accept more unaccompanied children from camps surrounding Syria. It said the children would be accepted on top of the 20,000 Britain has already pledged to take by 2020.

Britain’s International Development Committee (IDC) said in early January that it is particularly concerned about the plight of refugee children who have been left to fend for themselves in Europe. 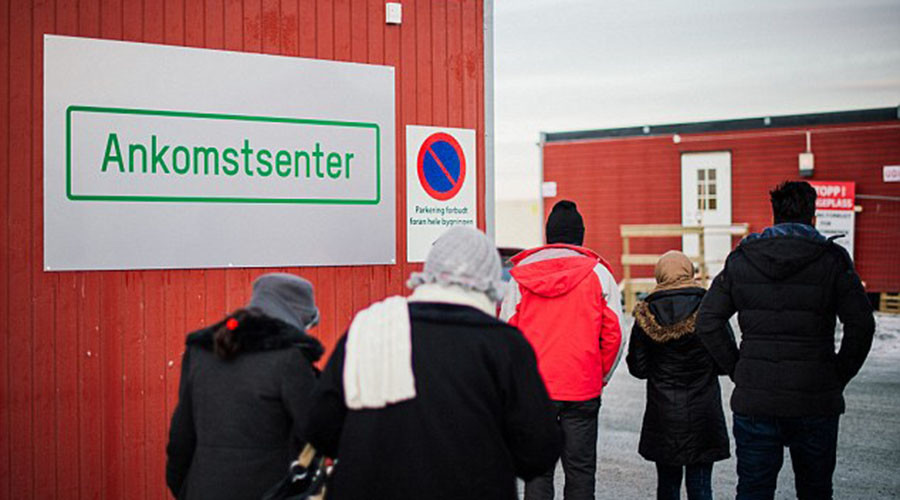 Norwegian police are investigating an alleged rape of a three-year-old boy at a center housing asylum seekers in Stavanger, the country’s third-largest city. Precise details of the case are scarce, but police said multiple perpetrators may have been involved.

The alleged assault happened at the Forus Akuttinnkvartering center on January 6, but remained unreported until Wednesday.

The police were called by the center’s personnel, who received a tip from a telephone located outside of the facility.

“We are investigating the case as if the worst thing has happened, we are talking about the rape of a child,” police superintendent Bjorn Kare Dahl told Stavanger Aftenblad. “We have no suspects yet.” 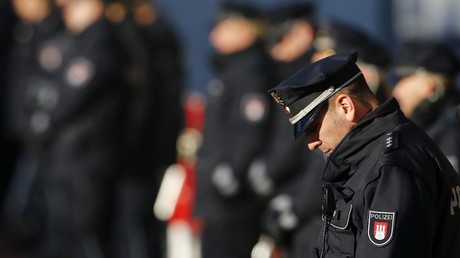 ‘We can’t arrest them’: German police officer speaks out on refugees

The police did not disclose the nationality of the boy, but Norway’s TV2 reported that the boy was living at the center with his family. He was driven to a rape crisis clinic with his mother and then to the children’s ward at Stavanger University Hospital, the Local reported.

The police said they questioned the alleged victim and several other people and sent forensic specialists to collect evidence at the center.

Forus is currently providing accommodation for 781 men, women and children, a spokesman for the center, Lars Petter Einarsson, said.

“We had many people at work, both sanitation workers and security guards, but nobody saw anything,” he said.

He added that they reported to the police right after receiving the phone tip on Wednesday.

Sex crimes allegedly committed by asylum seekers hosted by European countries are a highly sensitive issue, after dozens of such assaults on women have been reported in Germany and other nations after New Year’s Eve.

The revelation that the authorities hesitated to report the spree of crimes to avoid anti-immigrant sentiments sparked a scandal.

Prime Minister David Cameron has refused to bow to calls for Britain to take in 3,000 unaccompanied refugee children scattered across Europe, claiming an open door policy would encourage more to make the perilous journey.

He said Britain is already providing “generous” support refugee camps on the borders of Syria and that people should remain near their hometowns so they aren’t split up from their families.

In a concession, however, the British government agreed to take more unaccompanied children from camps in the Middle East.

The Home Office announced on Monday it will work with the UN refugee agency (UNHCR) to bring more unaccompanied children from camps surrounding Syria into the country. It said the children would be accepted on top of the 20,000 Britain has already pledged to take by 2020.

Home Office officials said the exact number of children would be decided by the UNHCR.

Immigration Minister James Brokenshire said the “vast majority” refugees are safer staying in camps near their hometowns “so they can be reunited with surviving family members.”

“So we have asked the UNHCR to identify the exceptional cases where a child’s best interests are served by resettlement to the UK and help us to bring them here,” he said.

Prime Minister David Cameron faced pressure from MPs and charities to take in at least 3,000 unaccompanied children scattered across Europe, and not merely from refugee camps in the Middle East.

Cameron has however insisted that allowing more children into Britain would further make travelling to Calais a desirable option, and encourage more to make the hazardous journey across the Mediterranean.

On Sunday, Cameron said the decision to have an open door policy had already been proved a failure by public order issues in Germany, which has taken more than a million refugees since the beginning of the crisis.

“No country in Europe has been more generous than Britain in funding refugee camps, whether they are in Syria, Turkey, Lebanon or Jordan.

“We said that we would resettle 20,000 people in our country, and we promised to resettle 1,000 by Christmas. We achieved that,” he added.

“If we add up all that Europe has done under its relocation and resettlement schemes, we find that all the other 27 member states have done less than we have done here in the United Kingdom, because of those 1,000.

“Yes, we should take part in European schemes when it is in our interests to do so, and help to secure the external European border; but we are out of Schengen, we keep our own borders, and under this government that is the way it will stay.”

Rather than accept more vulnerable people in Europe, the UK government has announced the creation of a £10 million (US$14.3 million) fund which will support migrant and refugee children living unaccompanied in Europe.