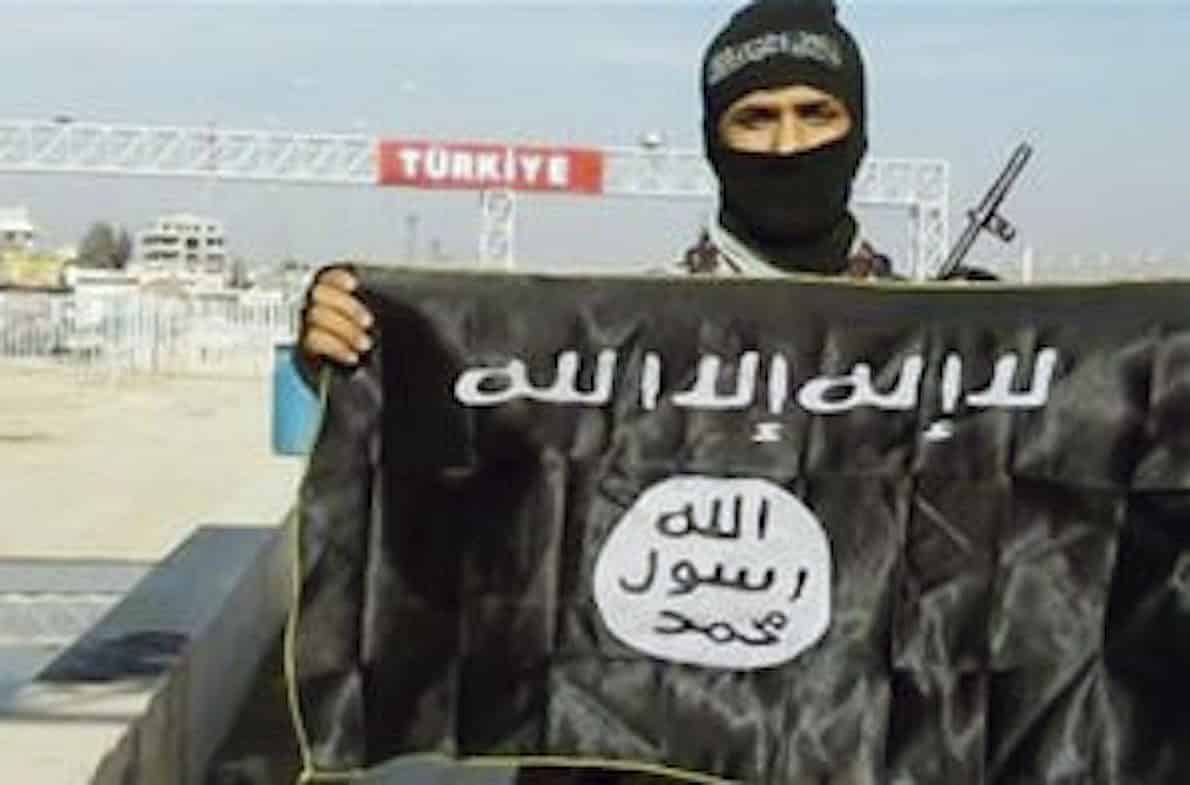 Editor’s Note: This Israeli Defense chief could be a stand-up comic.

But he will need some better material if he thinks he can get over on us with his crying crocodile tears about the Jihadis giving Israel and Jordan some payback for not helping them enough to take Assad down.

ISIL has not laid a glove on Israel to add some shine to their bad-boy street cred, all during the Syrian War. On the contrary, ISIL and friends have been part of the pool of fighters tying down a lot of the Syrian Army in the Damascus area, leaving fewer loyalists to defend the North, which is the grand prize.

Other than the capital, there is nothing of strategic value in Damascus, as the industry, agriculture, and oil wealth are in the north. But Israeli leaders never miss an opportunity to scratch the fear scab on the Israeli public to herd them like lemmings.

What he is posing is really silly. Who is going to pay Jihadi mercenaries to attack Jordan and Israel? Are the US, Turkey, and the Gulf States going to provide them the arms and logistical support?

I think he is making it all up — a popular thing nowadays with top officials… Jim W. Dean

ISIS may ‘turn guns’ against Israel, Jordan amid failures in Syria – IDF chief

Islamic State’s inability to sustain its territorial gains in Syria in light of the Russian Air Force’s offensive “raises the probability” that jihadists will shift their tactics to attack Israel and Jordan, the chief of the Israeli armed forces has warned.

After the intervention of the Russian Air Force in Syria to help government forces recapture vast stretches of land from the terrorists, Islamic State (IS, formerly ISIS/ISIL) advances in the country have ceased, forcing the jihadists to look for new ways to terrorize the southern Syrian border with Israel and Jordan, Lieutenant-General Gadi Eizenkot said during a conference at Tel Aviv University’s Institute for International Security Studies (INSS).

“In Syria, the success of the terror group was halted. The successes against ISIS raise, in my opinion, the probability that we will see them turn their guns against us and against the Jordanians. Also because the quiet space today, the safe space, is between Israel and Jordan,” Eizenkot warned.

While IS presence along Syria’s southern border is limited, the general believes that the group might align itself with other extremist cells operating in the region.

“In their strategic logic, there is a certain logic in connecting Israel with Jordan,” Eizenkot said, and in the border area “they are not experiencing what the organization and other global jihadi groups are experiencing inside Syria.”

The Yarmouk Martyrs’ Brigade, the ultra-hardline militant group fighting around Israel-occupied Golan Heights and close to northern Jordan can be one of such groups that could fight on behalf of the wider IS-advocated cause.

Furthermore, Eizenkot noted that IS ideology is being welcomed by some Palestinians, claiming that“there is a relatively high penetration of ISIS in Palestinian society, particularly Gaza.”

Around 50 Arab Israelis are believed to have entered Syria to fight for IS, and their potential return poses a challenge for the Israeli authorities.

Taking to the stage at the INSS conference, Israeli President Reuven Rivlin warned that ISIS cells are already operating inside Israel. Unlike Palestinians in the West Bank and Gaza, who do not have Israeli passports, Israel’s 1.4 million Arab citizens who make up roughly 20 percent of the population have the freedom to travel abroad and move freely inside the country.

“The Islamic State is already here, that is no longer a secret. I am not speaking about territories bordering the State of Israel, but within the state itself,” said the president, “Research studies, arrests, testimonies, and overt and covert analyses… clearly indicate that there is increasing support for the Islamic State among Israeli Arabs, while some are actually joining ISIS.”

In late December, the self-proclaimed leader of the Islamic State, Abu Bakr al-Baghdadi, issued a threat against Israel via a social media audio message. In an audio recording attributed to Baghdadi, he warned that Palestinian lands will become a “graveyard” for the Jews. Shortly before Baghdadi’s alleged message, the Islamic State also released a threatening video in Hebrew warning that “no Jew” will be left alive once the terror group captures Jordan.

Rivlin said that the ISIS presence “is not a consequence of the Israeli-Palestinian conflict,” but is rather a global“altruistic evil” phenomenon.

“ISIS proposes a global approach. A global vision. Religious identity not dependent on ethnic or geographic boundaries, motivated by the evil ideas of the Islamic State and its fighters,” Rivlin said.

To protect Israeli society from IS, the president urged a “just and strong” response from the Israeli armed and security forces. “The ISA and the Israel Police must intensify their capabilities among the Arab community while isolating the violent extremists and dealing with them with a firm hand,” he said.