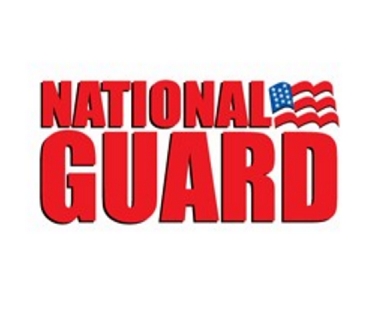 By: Christopher B. Kuch, PhD

Many countries in the world have mandatory military service for males after the age of 18 and some have it for females.  In Europe and NATO, only Norway has compulsory conscription for women (Reuters; 2013).  Concerning NATO countries these are the ones with a draft system for males: Austria, Denmark, Finland, Germany, Greece, Norway, Poland, and Turkey (Global Security .Org.) But this article is not about requiring military service, but rather a very brief indoctrination only—a shortened form of Switzerland’s 15 weeks of basic training.  Military service for America has only been used in times of major wars.  We are in a major war with Muslim terrorists and potentially are threaten by Putin’s new “Soviet Republic”.  Iran calls for the death to America daily, and that little guy with a bad haircut in North Korea threatens us with nuclear bombs every month.  This paper suggests we should be ready for the eventual next major attack which might include; biological, nuclear, chemical, and coordinated murdering Islamists in our homeland.  Although there is not much appetite for bringing back the draft, American’s should remember we are at war.

We should adopt a proactive approach to protect our country by providing at least one month of military indoctrination training to all citizens over the age of 18 and under 40.  This can be done at the local military bases, National Guard units, armed forces recruiting stations, or one semester at high school funded by money seized at the border from drug dealers and companies that operative illegally under U.S. international sanctions.  Recruiters, National Guard members, and military personnel are already stationed within the US and being paid.

Since most schools graduate thousands of students yearly there must be some sort of staggering of training. For those that are not in college or a university they would do their training first. This can be done in the parking lots of the entrance to military bases, or some coordinated part inside. For those areas without a base, there is a National Guard unit in every county of the country. It can be conducted there on the weekends with guard members.  In the more rural areas, training can be done at a military recruiting center, or have recruiters go to public schools and conduct the training.  Perhaps, in larger cities, the schools can offer this indoctrination within their last year of high school—just one semester.
We need to consider exemptions from training.  But since there is no physical aspect to it, exemptions will be minimal. Perhaps we can exempt certain people who have an attachment to the ideas or beliefs of certain terrorist groups and instead of training put them on a watch list.  Hopefully, the government is already doing this against civil libertarian groups like the ACLU.  In addition, those that are disabled might be exempt.  The point is to at least have our citizens available and better able to be immediately called into service before a major event occurs. This is not conscription or actual military service, but rather information and basic handling of hand military equipment in some cases.

Maybe if the location is too far from the individual they could do there training via internet or correspondence.  They could do this at local community colleges within say police training programs, or in the online education department.   The entire focus is on awareness and learning not physical fitness or actual hands on in these cases.  Only at colleges or universities will there have to be some form of funding as the other locations already exist and people are on the payroll.  Funding for this can come from the DOD or thru block grants paid for by the reduction of foreign aid to countries that don’t like or support us (Kuch).  After all, the federal government spends money for studying absolutely ridiculous things with tax payer’s money–playing video games, training Chinese prostitutes to drink responsible, and how Americans use the internet to find love (Snyder, M; 2012).

What’s in the Training?

This would be a very brief mini course in military operations. No physical fitness, just basic operation of weapons without firing them.  Knowledge of uniforms (rank and command identification).  Also areas of firefighting, first aid, CPR, and how to avoid injuries.  Moreover basic survivals skills for their area. It will be necessary in a major attack to have many people available to help those professionals in our armed forces and police in their local area.  At least some basic idea of what takes place and how they operate.  This might even result in an increase in enlistment into our armed forces or into law enforcement.

Perhaps, we could discuss in the training where are the major military bases, airports, and facilities.  Where to go in case of a national emergency such as an imminent attack.  We used to do this during the cold war.  This is public information and the bad guys and foreign countries already know it.  But most high school graduates do not. Along with this can be meeting local guard members and discussing careers in the military or guard.  Again foreign countries and radical Muslims know this already.

We live in turbulent and threatening times.  Several countries have continually promised to attack us (N. Korea and Iran).  Muslim terrorists are everywhere.   The next big attack on our homeland might be so huge that emergency and security personnel will not be able to respond immediately.  In the past we have a draft during times of large wars.  We are nowhere near an impending need to induct involuntary soldiers.  However, in the event there is a large scale attack on our homeland it would take some time to adequately train and respond to such attacks.  This article has suggested that young Americans at least be given some basic information about our military and what to expect and how to respond should they be needed in a time of crisis.  A little preparedness before a large scale event occurs is surely better than not preparing those that might be called upon to defend the homeland.  It is not that John and Jane Doe teenager starts target practicing with AR-15’s, but rather an understanding of how they might be used and some basic survival skills.  Only an ignorant person would believe that Radical Muslims are not planning and coming to the homeland to kill us.

Dr. Kuch holds a PhD, MA, and MS in criminal justice.  He has written about a variety of police issues.  He is a four year Vietnam Era Navy Veteran and served as a deputy sheriff in Ohio for seven years. He lives in Istanbul, Turkey and is on the adjunct faculty at Galatasaray University.