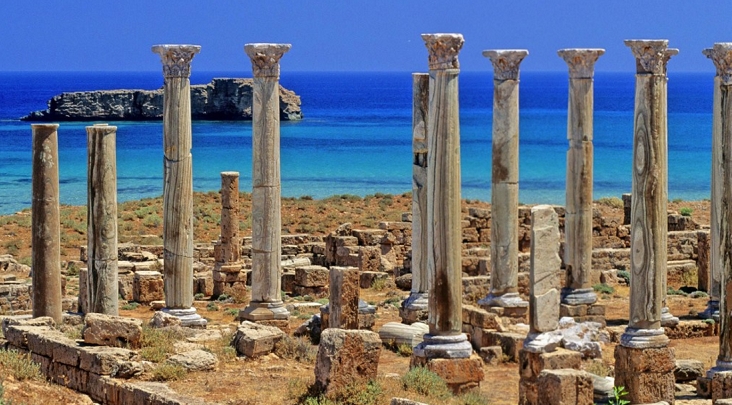 Malaysian PM Razak was recently cleared of corruption charges, but 61 million USD is still unaccounted for

VT Ankara,\\Saudi Arabia is well known for making exorbitant and highly questionable donations to countries and directly to their rulers. What is less clear is exactly how this money is used. We have recently learned that Malaysian Prime Minister Najib Razak received a cool 681 million USD from the Saudis directly into his personal account between March and April of 2013 and he conveniently won the elections in May for his second term.

Razak is already under investigation for billions of dollars that have evaporated from the Malaysian state investment fund 1MDB. He was recently cleared of corruption charges by the Malaysian Attorney General who explained the dubious transfer as a donation from the Saudi Royal Family, stating “I am satisfied with the findings that the funds were not a form of graft or bribery” in his press conference. It seems Razak returned most of the money at the time, but 61 million USD still remains unaccounted for. Leaves us wondering how many million dollars it takes to buy a Malaysian Attorney General nowadays?

It is no secret that the Saudis have spent tens of billions of dollars in their bid to make Wahhabism the driving force behind Islam, while actively working to eradicate the competition and especially Shiite Iran. Together with their brothers in Qatar they have provided “assistance” to Jordan, Morocco, Egypt, Sudan, Yemen, Malaysia and a host of other Islamic countries. However, despite their close ties with Turkey there has been very limited official assistance or donations forthcoming.

Ottoman Sultans registered presents, but to Gul and Erdogan’s AK Party all donations are “private”

Unofficial gifts and donations are another matter though. The late Saudi King Abdullah’s visit to Turkey in 2006 was full of controversy regarding the lavish gifts he bestowed upon top local officials and especially AK Party founder Abdullah Gul who was Head of State at the time, with co-founder Erdogan in his first term as Prime Minister. Even more controversial was Gul breaking protocol as Head of State to meet the King in his jet and later visiting the King in his hotel.

The whole affair of these regal gifts has been swept under the carpet and the Turkish public has been conditioned to accept them as “private” gifts. Perhaps as an act of conscience, former Head of State Gul will be exhibiting some of these items in a new museum to be named after him.

It is almost certain that billions of Wahhabi petro-dollars have been used to bring Erdogan to power and to keep him there all these years. Yet this is difficult to prove because nobody can question records of transactions in Turkey and also because Erdogan uses the full power of the State to cover his tracks. Judging by the degree of recent cooperation between Saudi Arabia, Qatar and Turkey in supporting Islamic militants to oust Bashar al-Assad from Syria, we can safely conclude that this has been a long and fruitful relationship as far as current Head of State Erdogan is concerned.

However, an interesting item that slipped Erdogan’s cover-up network was a 99,999,900 USD donation by the late Saudi King Abdullah in 2014 to his son Bilal Erdogan’s TURGEV foundation for youth and education, which coincided with building permits being issued by the Istanbul Municipality for the King’s private land on the Bosphorus after decades of vetoes.

TURGEV is the hub where much of the huge kick-backs from government contracts is being legitimized. Voice recordings of conversations between Erdogan’s top cronies surfaced in 2014 with frequent mentions of hundreds of millions of dollars to be transferred to TURGEV in return for securing billion dollar Government contracts. As a front TURGEV itself is focused mainly on young female students, providing them with pay dormitories and a range of other services during their education. The benevolent side of the foundation also legitimizes this corruption in the eyes of Islam.

On a similar note, Turkey is possibly the only country where there was zero fallout from the Siemens global corruption scandal that began in 2005 and climaxed in 2008, with global fines and other penalties to the tune of 2.6 billion USD for corrupt activities. Siemens itself admitted in a German court that 57 million USD was paid in bribes for Turkey, but the related legal proceedings in Turkey were blocked. Even countries like Greece, Argentina, Venezuela, Pakistan and Bangladesh found Siemens at fault, but the whole affair was covered up in Turkey because the chain of corruption leads to Government Ministers and to Erdogan himself.

Siemens Turkey has made billions of dollars during Erdogan’s reign

Siemens has generated billions of USD in revenue in Turkey and we are expected to believe that they have not been dealing under the table in a country with a long history of bribery and corruption, even going back to Ottoman times. The fact that Siemens parted ways with 80% of its top-tier executives is an indicator of how extensive the bribery really was.

There are undoubtedly countless other instances of dubious finances, corruption and bribery in Turkey. Many laws are pre-rigged to mask or facilitate kick-backs and corruption. Some of it is caught by the free media and publicized at the risk of fines and jail-terms, but most of it goes unseen. Turkey is not faring well in the international arena, ranking 66th among 168 countries in 2015 with little enforcement of the OECD Anti-bribery Convention according to Transparency International.

The perpetrators are at the highest levels Government and State and they are acting with full impunity. The Turkish Parliament is Erdogan’s legislature and Public Tender Laws have been amended no less than 162 times in 12 years during the reign of his AK Party to cover up extensive corruption and to create new ways of skimming the State.

There is no Police left to look into allegations, there are no Prosecutors left to start a case and no judges left to decide freely. One way or another they all bow to Erdogan who has the power to dismiss them, ostracize them and even put them in jail. The free media risks fines, jail terms and even confiscation of assets if they go after Erdogan or his cronies. The general public is limited to voicing their opinions on-line, again at the risk of fines and jail-time.

This is the status quo for the time being. Erdogan has created a vast empire of money and power and he is sure to be covering his tracks. But the sheer size of this secret empire, involving too many players as well as top businessmen, may be its ultimate downfall. Today they act with impunity and this gives them a false sense of security. But all empires eventually fall and when that happens there will be plenty of evidence for those who know where to look, and many spineless cronies who will spill all the beans for a plea-bargain.

Erdogan will surely try to “abdicate” under that kind of pressure but the important question is which Islamic country would be willing to host a proven mega-thief who had them believe he was a champion of Islam? Maybe he will feel right at home in Malaysia.