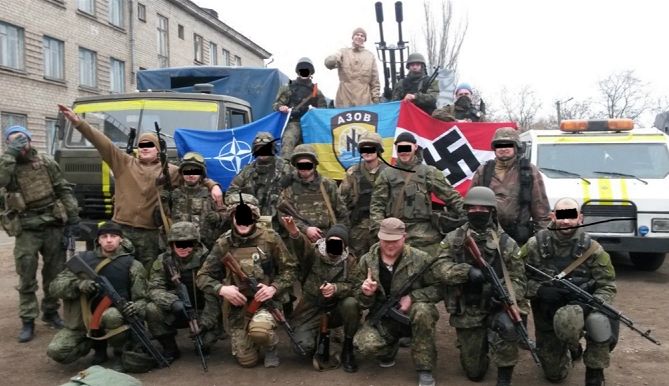 [ Editor’s Note: This story is a perfect example of how many people are involved in State affairs that should be in the looney bin. For Ash Carter to ask Kiev to join the fight against ISIL, I am afraid I would have to put his name on the list. If he  does we might need a phone campaign go let the Pentagon know that they have one that has escaped… Jim W. Dean ]

Upon discussing a potential military intervention in Syria as part of the US-led anti-Islamic State (ISIS) coalition the Ukraine defense ministry has warned about the possibility of a clash with Russian forces there.

Ukraine’s defense ministry has briefed Ukrainian President Petro Poroshenko of what the Ukrainian military could contribute to the anti-ISIS effort.

A source in the government in Kiev explained, according to The Independent, that, “We have prepared a range of options for our support against ISIS including in Syria, which could include troops. It could result in potential clashes with Russians.”

U.S. Defense Secretary Ashton Carter is to visit Ukraine this week as part of his world tour to get more support for the US-led campaign against ISIS. The prospect of a Ukrainian deployment to Iraq and/or Syria will doubtlessly be discussed.

While Kiev is still dealing with Russian-backed separatists on its own territory and has deployed forces to counter them it does have the means to militarily intervene in Syria. However it will require a parliamentary vote before it could go ahead.

Russia has been in Syria for over four months on the side of the regime of President Bashar al-Assad. It has used aircraft, artillery and cruise missiles to bombard Assad’s various enemies and assist him in offensives. The U.S.-led campaign in Syria on the other hand focuses entirely on targeting ISIS.