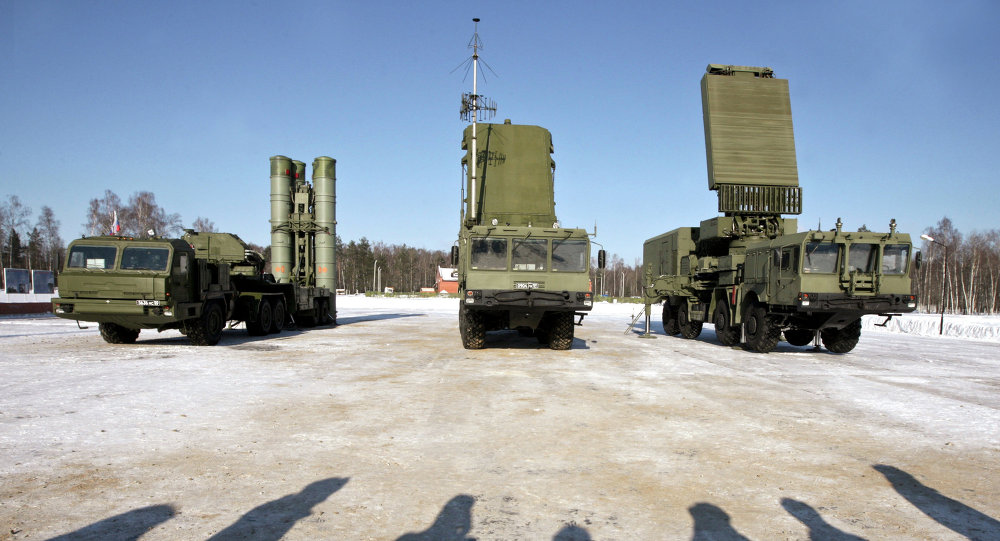 [ Editor’s Note:  We see the lunacy (or craftiness) rolling on in the new arms race, where fortunes of taxpayer money being spent for new weapons systems, often ten year projects and justified as giving us a long term “technical edge” benefit, and that that silly claim goes up in smoke with a defensive system that emerges that defeats it at one tenth the costs.

Take a note on how the goal of these S-500’s is to take down the new hypersonic missiles and hit space based platforms, which is you guess they already exist you are probably right.

Can you can say  “technical malfunction”, and grasp the complications arising from that with such weapons which have a long history of not working right, and that being classified to save certain people from being lynched for wasting the taxpayers money?

Yet the taxpayer lemmings continue to rush to spend money to defend themselves from people who have no desire to attack us, as they have better things to do with their time and money. Rather than apply political pressure our government to reverse the the current military expansion against Eurasia to save us all this wasted money that could be going into other programs or leaving it to the good folks to pay some bills, we see most people can’t be bothered.

Here we are in an election year and I am not seeing anything written about the public taking the initiative to push key items into the candidate debates which VT readers will know they don’t want discussed.

When we go through a campaign year and that happens the issues get somewhat neutered because the public thinks if they were never discussed that means they can’t be important. I wish I were making this up. Let me know if I need counseling in the comments… Jim W. Dean ]

The first prototypes of the next-generation S-500 air defense system will reach completion and begin its pre-tests in 2016.  This is a new generation system, capable of destroying aerial offensive targets as well intercontinental ballistic missiles and near space targets.

The new system not only combines the best feats of the previous systems, but also offers completely new possibilities in the field of air, missile and space defense, according to the member of advisory council of the Military-Industrial Commission Viktor Murakhovski.

Almaz-Antei Defense Company is working on a complex of S-500 ‘Promethey’ surface-to-air missiles from 2010.

The long-range system is said to have a range of 600 kilometers (more than 370 miles). The system could simultaneously intercept up to ten ballistic missiles traveling at a speed of 5 kilometers per second.

The new complex also aims at destroying hypersonic cruise missiles and other aerial targets at speeds of higher than Mach 5 and as well as spacecraft.

The Deputy Commander of the Russian Air Defense Lieutenant-General Sergei Razygraev said earlier that the S-500 can shoot down missiles in near space thus it will become an element of strategic missile defense.

In June 2014 a long-range anti-missile for the new complex was tested successfully.