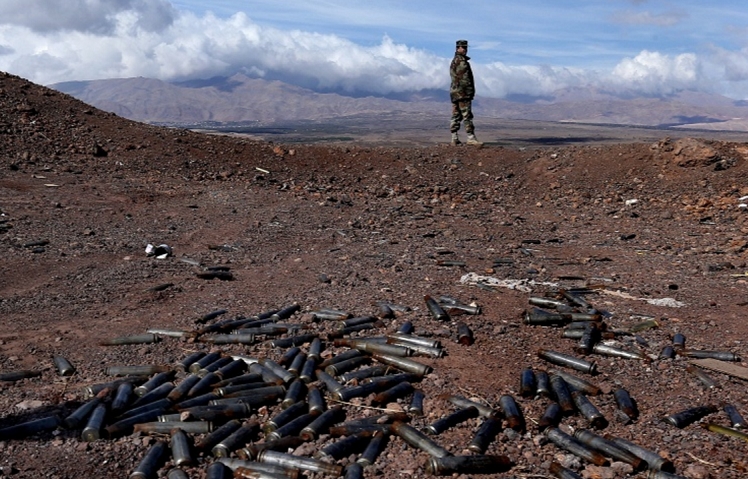 A representative of the Jaish al-Islam terrorist group, will be the chief negotiator of the Syrian opposition delegation in Geneva, a spokesman for the delegation says

GENEVA, TASS/. Syria’s opposition is ready to pool efforts with Russia to fight against the terrorist organization Islamic State but insists that Russia stop its air operation, Salem al-Muslad, a spokesman for the delegation of Syria’s opposition Higher Negotiations Council (HNC), told TASS on Monday.

“If we see that Russia is taking serious efforts against terrorism, we will pool efforts with it to fight against terrorism in Syria. We will fight together against Daesh [an Arabic acronym standing for Islamic State],” he said.

Mohammed Alloush, a representative of the Jaish al-Islam terrorist group, will be the chief negotiator of the Syrian opposition delegation at the Syria peace talks in Geneva, Salem al-Muslad added.

“He remains our chief negotiator. He is going to join us today,” he said. Russia considers Jaish-al-Islam to be a terrorist group. “It is not just Alloush. We have already arrived here; others are joining us soon. It is our negotiating team, and no changes will be made to it,”

“Riyad Hijab is arriving tomorrow morning,” Salem Al-Muslad said. Earlier, Russian Deputy Foreign Gennady Gatilov said that Moscow had always thought that Jaish al-Islam should not be included in the (Syrian opposition) delegation to the Syria peace talks in Geneva. “We have always said that we consider [Jaish al-Islam] to be a terrorist organization.

We do not think its representatives should be included in the delegation,” Gatilov said adding that U.N. Special Envoy on Syria Staffan de Mistura was to make the final decision