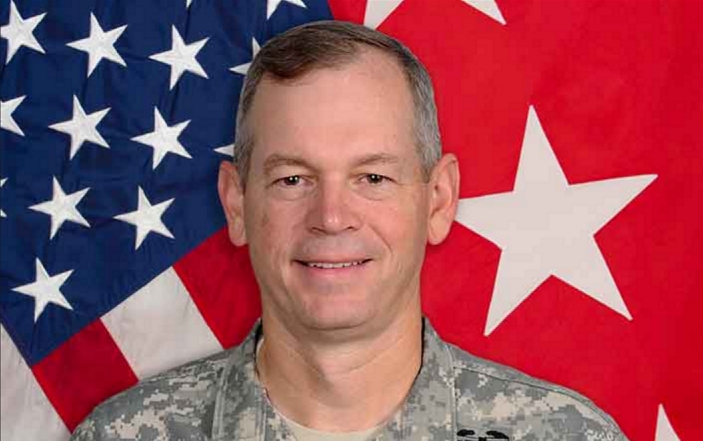 The US military commander in charge of the Iraq-Syria war has tacitly rebuked pledges by leading Republican presidential contenders to “carpet-bomb” the Islamic State.
–

Though army Lieutenant General Sean MacFarland did not call out Donald Trump and Ted Cruz by name, he rejected what he called “indiscriminate” bombing as illegal, immoral and un-American.

“We are bound by the laws of armed conflict and at the end of the day it doesn’t only matter whether or not you win, it matters how you win,” MacFarland told reporters on Monday.

As Iowans were set to caucus in the first presidential contest of 2016, MacFarland said “indiscriminate bombing, where we don’t care if we’re killing innocents or combatants, is just inconsistent with our values”, despite two major White House contenders adopting it as a central proposal against Isis.

Trump, the Republican frontrunner, told an Iowa crowd he would “bomb the shit out of ’em … there would be nothing left”. His closest rival, the Texas senator Ted Cruz, has repeatedly vowed to pursue the “fundamentally different military strategy” of carpet-bombing Isis without “apology”, most recently in last Thursday’s debate.

“We will carpet-bomb [Isis] into oblivion,” Cruz said in Iowa last month.