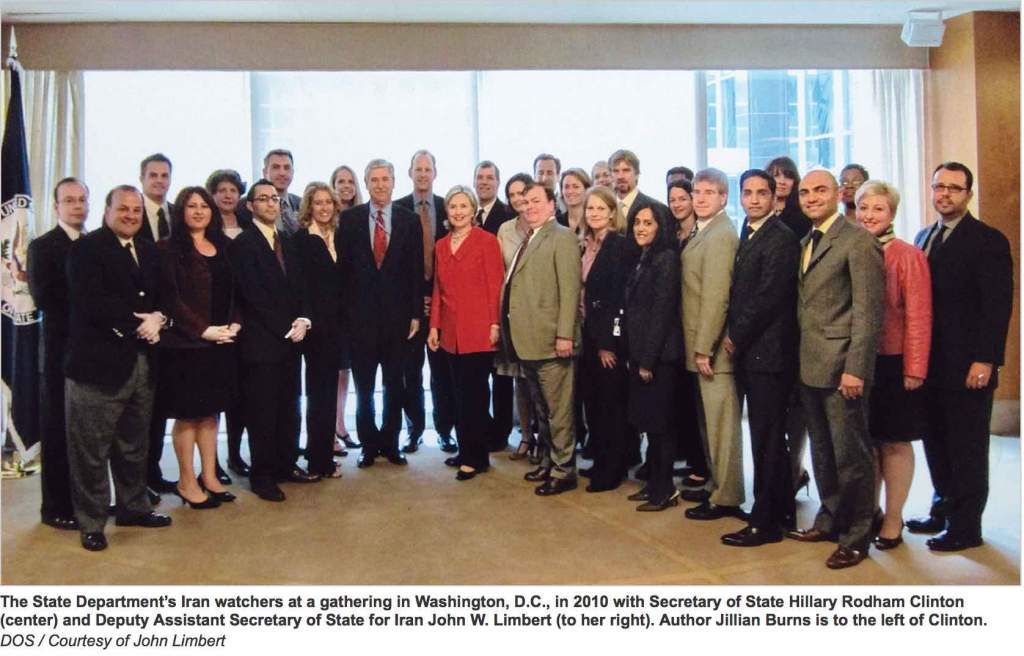 Skepticism about the US government runs deep in Iran. Will the US ever give up its regime change aspirations and accept Iran as an equal rather than a vassal? Iranians who know their history have grounds for suspicion. Additionally, Iranians, unlike most Americans, know that the US government is dominated by its Zionist lobby – and that even the “liberal Zionists” may not be able to handle Iran’s eternal and non-negotiable support for the Palestinian resistance.

The article reproduced below comes from a very prominent Iranian who wishes to remain anonymous. It could be viewed as a “shot across the bow” of those who may be using the “Iran watchers” as a thinly-disguised intelligence collection program. If the US really wants to normalize relations with Iran, it needs to understand that Iranians are understandably sensitive about US intelligence activities (visit the “Den of Espionage” a.k.a. the old US Embassy in Tehran to understand why) and adjust its attitudes and actions accordingly.

– by Anonymous, writing from Tehran

Ayatollah Seyyed Ali Khamenei, the Leader of the Islamic Revolution has made several speeches in the past months warning about potential enemy influence.  He spoke of the U.S.’s efforts to make “economic, political or cultural inroads into the country.”  The Leader’s remarks have been met with some criticism, yet there exists a great deal of evidence to prove how gaining influence is in fact the goal of the U.S. government and intelligence community.  One example is a U.S. Department of State Program called Iran Watcher, which appears more suited to the CIA than diplomatic officers.

What is an Iran Watcher?

According to an article written in March 2015 by a former Foreign Service officer, Jillian Burns,[1] the Bureau of Near Eastern Affairs created the first formal overseas Iran Watcher position in 2002.  Alan Eyre, who speaks Farsi fluently, was given this first slot within the United Arab Emirates and Burns herself later replaced him in 2005.  In 2006, the State Department announced a broader Iran Watcher program.  The goals of the program were to improve the U.S.’s understanding of the country and to develop a new cadre of Iran experts who could speak Farsi and prepare themselves should the U.S. re-establish formal diplomatic ties with Iran.

A 2006 Congressional Research Service report[2] stated how in a March 8th testimony to the House International Relations Committee, then Undersecretary of State Nicholas Burns confirmed press reports that the United States would increase the presence of Persian-speaking U.S. diplomatic missions around Iran, in part to help identify and facilitate Iranian participation in U.S. democracy-promotion programs.  Democracy-promotion programs seem contrary to the initial goals of understanding the country; rather, it appears more in line with former president Bush’s goal of regime change.

In 2010, WikiLeaks published numerous cables concerning the Iran Watcher program.  What these cables revealed was how this appeared more like an intelligence gathering and recruitment effort rather than a diplomatic one.  Diplomats would use covert methods of meeting with individuals, such as interviewing Iranians who were at U.S. consulates to obtain visas.  They would also attend conferences in order to make contact with certain Iranians or even attempt to communicate with friends of the Iranian they were targeting.  They would use Iranian expatriates and have them telephone contacts inside the country while the Iran Watcher sat in the room, overheard, and directed the telephone conversation.

These Iran Watchers would then select certain Iranians to maintain contact with, much like an intelligence officer recruiting and running a source.  They would even provide these sources with a simplistic communications plan.  One cable[3] from an Istanbul Iran Watcher described how the “standard contact procedure” included “emailing only to and from personal email accounts, and never mentioning the word ‘Iran’ or discussing substantive issues in emails.”  This same cable also discussed the need to protect their contacts and prevent Iranian government officials from tracking their interactions with them.  If the Iran Watcher program is merely a way to gain understanding of the country, why was there a need for all the cloak and dagger?

According to one cable, U.S. diplomats were meeting with a former Islamic Revolution Guards Corps (IRGC) general[4] who was providing information concerning Iranian relations and arms deals with Russia.  Now, to put this in perspective, if a retired U.S. general were to meet with a foreign diplomat and provide sensitive or classified information to this person, it would be considered espionage and the FBI would subsequently arrest and imprison this general.

Another 2009 cable[5] from State Department headquarters in Washington D.C., thanked the Baku Iran Watcher for information concerning the Iranian steel sector stating, “It is valuable as the policy community continues to assess Iran’s economic strengths and vulnerabilities in its search for levers the U.S. Government and its allies can apply on Iran.”  This clearly is not a case of outreach but an attempt to find areas where the U.S. could apply economic pressure.  If a country conducted similar activities in the U.S., it would be considered economic espionage.  Indeed, the U.S. has vigorously gone after China for similar perceived economic interference.

Who are these Iran Watchers?

Interestingly, some of these Iran Watchers have ties to intelligence or the U.S. military in addition to working as diplomats.  According to the biography of Jillian Burns on the George Washington University website, where she now sits on the faculty of the Elliott School of International Affairs[6], she served in an intelligence capacity prior to working as a diplomat in Herat, Afghanistan.  The biography states, “For the first half of 2012, Ms. Burns did a detail assignment outside of the State Department, during which time she was the first National Intelligence Officer (NIO) for Iran at the National Intelligence Council (NIC), which falls under the Office of the Director of National Intelligence (ODNI).”

Ramin Asgard is another former Iran Watcher who not only served in a diplomatic capacity, as Iran Watcher in Dubai, but also served as the Iran advisor to then Central Command commander, general David Patreaus.  According to Asgard’s LinkedIn resume[7], he worked in Dubai from 2008 to 2009 and then immediately in 2009 went to serve in his role as Central Command advisor.  This military connection to the Iran Watcher program would certainly cause alarm for the Islamic Republic, as it appears information gathered by these diplomats were being used to support the war fighter.

In fact, the Department of State’s 2010 Congressional Budget Justification[8] provides proof of this link between Iran Watchers and the Defense Department.  It states, “The Department of Defense has requested that State assign Foreign Service officers with Iran experience to support their activities in Iraq, Afghanistan, and various military commands in the U.S. and overseas.”  It appears these Iran Watchers were not only taking on the role of CIA officers but military intelligence officers as well.

Using diplomats in an intelligence capacity creates a number of issues and can prove dangerous for their sources.  The WikiLeaks release of cables demonstrates how the State Department did not use proper methods to protect their contacts inside Iran.  Further, by straying into the realm of intelligence collection, it makes future diplomatic work with Iran difficult, as there is now a distrust as to the real motives of any U.S. diplomat making contact with Iranian officials.  In addition, other entities doing humanitarian work become suspect if they are meeting with U.S. diplomats.  For example, Iran Watchers were regularly meeting with and gathering intelligence from United Nations representatives inside the country, such as the UNHCR and UNESCO offices[9].  Contrary to its goal, Iran Watchers have actually cut off potential outreach with Iran, as Iranians do not want to risk talking to diplomats for fear of being perceived as a U.S. spy.

There is an overall fundamental problem with this program as well.  Iran Watchers are acquiring intelligence that paints a very one-sided picture of Iran.  Those people traveling outside the country, acquiring visas for the U.S. or participating in anti-Iranian conferences are of course those who generally have an anti-Iranian view.  Yet a majority of the Iranian population supports Iran and its Leader, but these Iran Watchers are not speaking with them.  It would be the same as recruiting sources only from Donald Trump rallies or Republican conventions in order to collect negative intelligence on President Obama.  Intelligence gathering is supposed to be non-partisan, so how can Iran Watchers only speak to one side of a population and then feel they have an adequate picture on Iran in which to base policy?

By simply looking through these WikiLeaks cables, it is fair to say these Iran Watchers clearly overstepped their role as diplomats and took on the role of intelligence officers.  Imagine if the Islamic Republic started a similar program.  Iran, like the U.S., has no official diplomatic presence within the country.  In order to gain a better understanding of the U.S., what if Iran started a U.S. Watcher program from its embassies in Canada and Mexico?  If Iranian diplomats started talking with various Americans with connections to Congress or former military officers, would the U.S. not see this as an attempt at influence?  At the very least, it is fair to say many within the government would be alarmed at such a program.

The Iran Watchers are just one of many attempts by the U.S. to gather intelligence and gain influence inside of Iran.