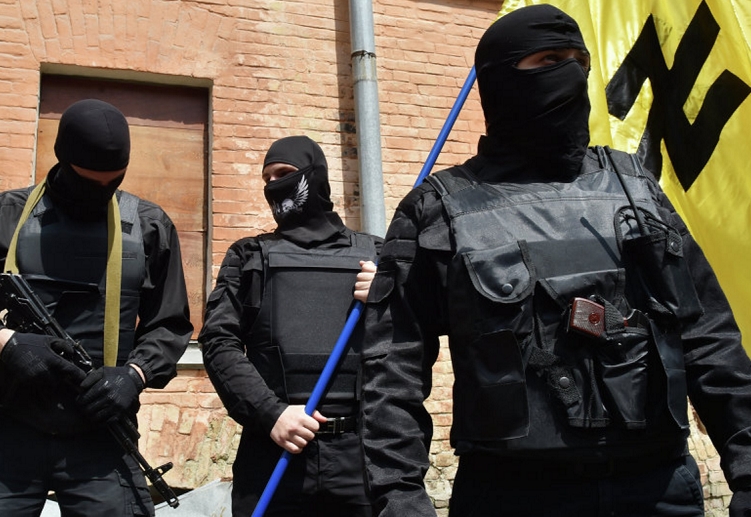 European Parliament Member Jean-Luc Schaffhauser said that Ukraine cannot be called a democratic and legal state until it holds those responsible for the atrocities in Odessa, and for the terrorist attacks on the electricity supply lines between Ukraine and Crimea accountable. On February 1, the French Canal+ television channel aired an investigative film about Ukrainian far-right parliamentary groups by the French documentary maker Paul Moreira, titled “Masks of Revolution.”  The film covers the events in Ukraine in 2014, including the rise of far-right radical groups such as The Right Sector, The Azov Battalion and the Svoboda political party as well as the deadly violence in the southern Ukrainian town of Odessa, which left over 40 anti-government protesters dead.

“I hope that after seeing the report, the French government, including [Prime Minister Laurent] Fabius, will put an end to the policy of imposing unilateral sanctions against Russia, as well as postpone the visa-free regime with Ukraine, since the film demonstrates [to] us how Ukraine is neither a legal nor a democratic state as shown by the local elections in Krivoy Rog and Mariupol,” Schaffhauser said.

Ukraine cannot be called a democratic and legal state until it holds those responsible for the atrocities in Odessa, and for the terrorist attacks on the electricity supply lines between Ukraine and Crimea accountable, Schaffhauser stressed.

Ukraine’s government voiced protests against the film, urging the French broadcaster to take the documentary off air. The film’s creator Moreira called it “denial, bordering on hysteria.” MOSCOW (Sputnik) – French TV Channel Canal+ released the new documentary “Les Masques de la Revolution” (The Masks of Revolution) about 2014 Maidan events in Ukraine despite Kiev’s request to take it off the air.The film was broadcast on Monday at 10.30 p.m. local time (21:30 GMT).

The synopsis to “The Masks of Revolution” directed by Paul Moreira as posted on the Canal+ website reads that the movie presents a special investigation into the events that unfolded in Ukraine in 2014. In particular, it portrays the actions by far-right radical groups backed by the United States and the violence in the Ukrainian southern city of Odessa in May, 2014 incited by nationalists.

“Paul Moreira reveals the real faces of the Ukrainian revolution,” the press review by the Telecable Sat broadcaster reads.

On Sunday, the Ukrainian Embassy in France in Paris asked Channel Canal+ not to broadcast the film as it gives the viewer “a false picture on the situation in Ukraine,” in a message posted on the diplomatic mission’s page on Facebook, which was later deleted.