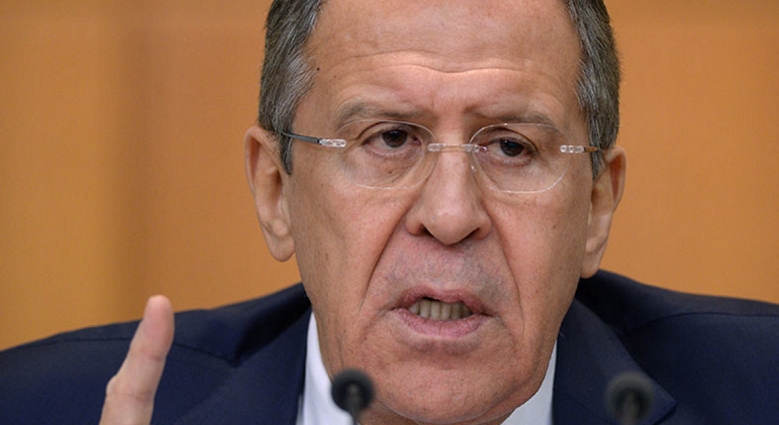 “The key component for the ceasefire to be operational is the burning issue of arms smuggling across the Turkish-Syrian border, supplying the militants [in Syria],” Lavrov said.

Without the smuggling being disrupted, “it is hard to expect the ceasefire to take place – ever,” he said, adding that the issue has been discussed with the American co-chairs of the Syrian Support Group.

Lavrov expressed hope that more detailed dialogue will continue after the Syrian Support Group meets in Munich on February 11, where Moscow will present its own suggestions regarding the ceasefire in Syria.

The foreign minister called the stance of the Riyadh-formed delegation of the Syrian opposition “short-sighted” – particularly with regard to their demand that the Russian Air Force halt its anti-terrorist campaign in Syria.
–

“Entertaining a hope that ultimatum-like pre-conditions could help solve problems, I believe, is a short-sighted and dead-end policy,” Lavrov said.

“It looks like certain members of that [Riyadh-formed] delegation have been excessively pampered by their sponsors, our Turkish neighbors in the first place, which unilaterally blocked from the [current] negotiations the powerful and influential Syrian Kurdish Democratic Union Party (PYD),” Lavrov noted.

The Russian FM recalled the fact that the talks were supposed to be inclusive, and that all participants must observe the same rules – which has become a problem for another group of the Syrian opposition formed in Lausanne.

Moscow expects those who have influence on Syrian opposition groups to advise them to begin dialogue without any preconditions, Lavrov said, pointing out that certain members of the Lausanne opposition’s delegation are advancing demands that have nothing to do with the agreements already reached in previous talks in Geneva, Vienne and UNSC Resolution 2054.

Moscow was repeatedly asked to ensure the presence of the Syrian government’s delegation at the negotiation table, “so they did – coming to Geneva first without any pre-conditions,” Lavrov said, adding that now Moscow and Damascus have a right to expect the same precondition-free approach from other sides of the talks.

Once established, the dialogue will consider all aspects of the Syrian crisis, including easing the humanitarian situation in the country, reaching a ceasefire agreement and starting a political process, Lavrov said. He added that Moscow will do its best to ensure the participants are guided by the needs of Syria, and not by personal interests.
Lavrov also emphasized that the Russian Air Force operation in Syria is set to continue.
–

“I see no reason why the operation of our Air Force in Syria should be stopped, as long as the terrorists are not defeated yet,”he said.

The US-led anti-ISIS coalition (66 member states) has not exactly been successful in fighting terrorism in Syria over the one-and-a-half years of its existence, Lavrov noted. However, after Moscow launched its own anti-terrorist operation in Syria, the US-led coalition is showing much better performance.

“We’re glad that with the success of the Russian campaign in Syria, the [US-led] coalition’s operations have become more effective,” Lavrov said.

The Russian task force in Syria began airstrikes on positions of Islamic State (IS, formerly ISIS/ISIL) in Syria on September 30, 2015, at the request of the Syrian government.

Lavrov advocated real-time coordination between the Russian and American air forces, and the forces fighting terrorist groups on the ground.

“Being pragmatic, we’re interested in coordination of our efforts with the US-led coalition. And not only to avoid incidents, but in something more practical and in-demand today: real-time coordination between those [forces] operating on the ground and the air force of Russia and the coalition,” Lavrov said.