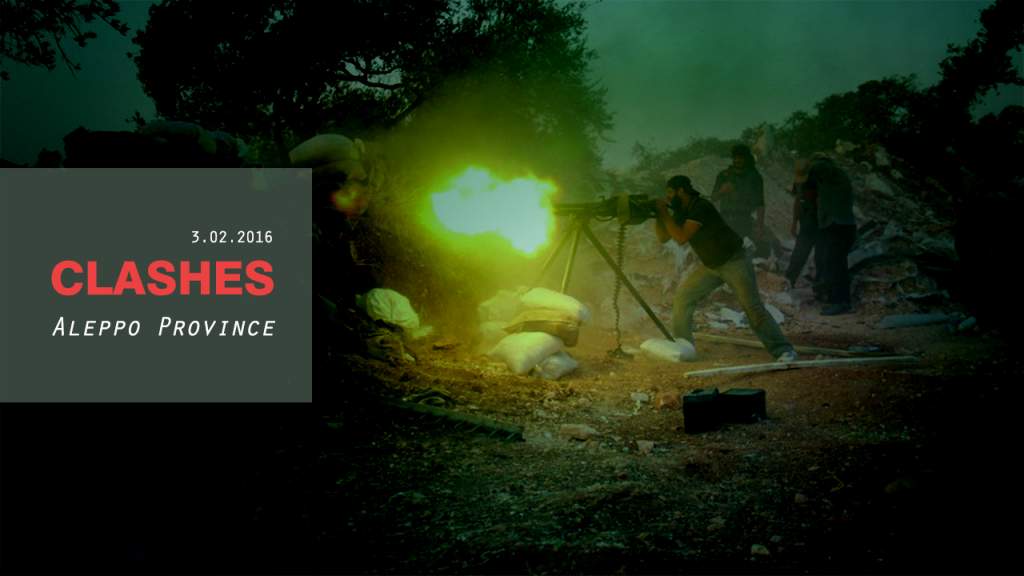 The Syrian Arab Army (SAA) supported by the National Defense Forces (NDF), the Iraqi paramilitary groups of Kata’eb Hezbollah and Harakat al-Nujaba have completed a siege of the militant groups in the town of Ratyan. Now, the Syrian artillery and warplanes are pounding the militants in the area. According to the battlefield reports, most of the trapped militants are members of the Syrian al-Qaeda affiliate, al-Nusra.

The Russian and Syrian Air Forces conducted a joint operation targeting the militant groups’ strongholds in al-Tamoura and near the Azaz-Aleppo highway. The pro-government sources report about heavy loses among the terrorist forces. However, this isn’t confirmed yet.

The main supply line of the militants, connecting the towns of Hayyan, Anadan, Haraytan and Maayer, was cut off in the Syrian army attack on Feb.2. The cut-off supply line creates a major problem in the Northern and Western parts of the Aleppo province amid a massive operation of the Syrian forces aimed to liberate Nubl and al-Zahra.

Meanwhile, Hezbollah fighters and Syrian troops from the besieged Shi’ite towns of Nubl and al-Zahraa have reportedly stormed the outskirts of Bayanoun. The clashes are going there. If Bayanoun is liberated, approximately 35,000 predominately Shi’ite civilians in Nubl and al-Zahraa will be rescued after 3-years long siege by the terrorists. This will also allow the Syrian forces to improve its logistic lines which will positively impact the military situation in the province.

Six people were killed and more than two dozen others injured in separate bomb attacks in and around the Iraqi capital, Baghdad, security and medical sources said on Feb.2.

Two self-declared governors of ISIS terrorist group have been killed in separate incidents in Iraq. On Jan.31 Mohammad al-Vaziri, the ISIS governor of the province of Kirkuk, was reportedly killed in a joint aerial operation by the Iraqi Air Force and the US-led coalition. Over 30 other members of Daesh were also killed in the raid. Another ISIS governor, known as Abu Hamzah, was killed along with five other terrorists during infighting in the province of Anbar.