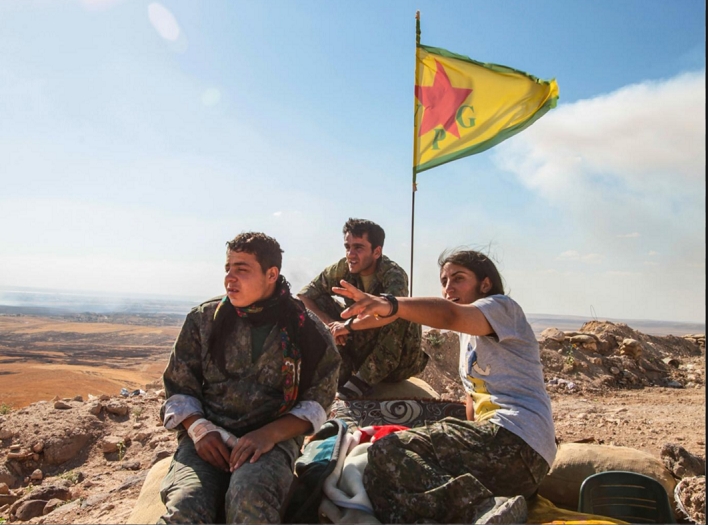 The Syrian Peoples Protection Units (YPG) have announced that they have extended westward from the Euphrates River in their fight against Islamic State (ISIS).

The spokesperson for the Syrian Democratic Forces (SDF) Servan Derwes criticized repeated Turkish threats to crush the SDF-YPG (while the SDF consists of various non-Kurdish tribal elements the YPG is still the primary backbone of that group) were it to cross Turkey’s “red-line” in their fight against ISIS, which still occupies areas in a 60-mile wide strip of northwestern Syrian border territory west of the Euphrates, by pointing out that they are already west of that river.

“Anyone who doesn’t believe can come and see,” he told the Aksiyon weekly according to Todays Zaman. “Turkey is helping ISIL,” he continued, “Turkey is crossing the border [into Syria] at Jarablus and allowing ISIL to breathe.”

“Whoever helps the terrorists is a terrorist to us, and we will fight them,” he said in a clear challenge to Ankara. “By moving into the area west of the Euphrates, we have squeezed ISIL.”

Aksiyon also interviewed the YPG Commander Simko on Monday who described the Tishrin Dam the group seized from ISIS in December as the “gate to Afrin.” A reference to Syria Kurdistan’s remaining unconnected westernmost canton.

“By taking this dam, we have cr