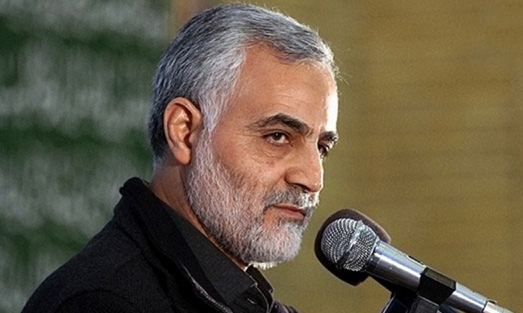 “The Americans are desperate to hit General Soleimani to make them feel better about themselves,” Firouzabadi told reporters in Tehran on Thursday.

He however maintained that maximum security measures are in place to protect the Iranian commander from such threats, who knows how to organize his forces, launch offensives against terrorists, and earn results.

General Soleimani, himself, had said last November that he expected martyrdom as he laughed at rumors about his well-being.

Speaking in an interview with the Arabi-language al-Waqt news and analysis website, General Soleimani referred to the killing of Iran’s former ambassador to Beirut Qazanfar Roknabadi during the recent stampede in Saudi Arabia whose body was identified after DNA tests and repatriated to Tehran last week, and said his martyrdom in Mecca while fulfilling pilgrimage was a glorious end for him.

He described Roknabadi as a revolutionary figure, and said, “Roknabadi played an important role in safeguarding Lebanon’s integrity against the Zionist regime’s savage bombings during the 33-day war in summer 2006.”

Asked about rumors about his injury or death in Syria spread by the terrorist groups and the Zionist media, General Soleimani said, “This is what I have been looking for in all plains and mountains.”

Syrian terrorists claimed in November that they had killed Iranian Qods chief, the commander of Iranian forces in Iraq and Syria, Gen. Qassem Soleiman, in the fighting East of Aleppo. Their claim was not confirmed by any other source.

The Israeli Debka file also released the terrorists’ rumor, claiming that they struck his car with a TOW missile.

But a well-placed source in the Iranian IRGC strongly rejected the rumors as “ridiculous”, stressing that “the brave commander is alive and safe”.

“General Soleimani is alive and safe,” the source told FNA English after terrorist groups and an Israeli website claimed that the Iranian major general has been killed in Aleppo in Northern Syria.

“Such rumors have been spread by the terrorists due to the heavy blows that they have received from the Syrian forces led by the Iranian military advisors in different parts of Syria in the past two months and given General Soleimani’s key role in their defeats,” he added.

The source declined to mention where General Soleimani is stationed now, and stressed, “His whereabouts is always a top secret and only his team and a few top commanders who stand atop the chain of command know his real-time location.”