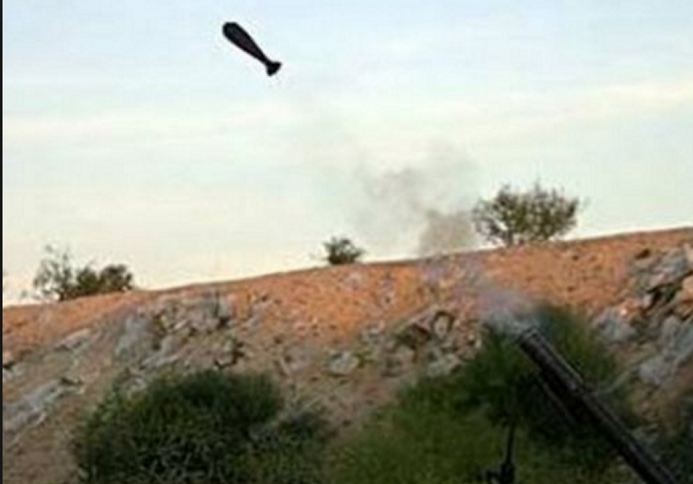 [ Editor’s Note: The exposure of NATO’s tacit involvement of State-sponsored Terrorism by member countries is now carved in stone, but NATO does not seem too worried about it. There is no outside review or accountability to rein in such behavior, a door that I can assure you was not left open by accident.

Due to the huge numbers of layers involved in getting at the beast, as long as any investigations can be blocked at the parliamentary or Congressional level, any sustained public scrutiny is easily dealt with.

What is needed of course is real time monitors inside these organizations that would be answerable directly to the public to report gross international law violations, where whatever national security excuse can be reviewed and dealt with, and would include suitable punishments for the crimes committed.

This would present a command and control crisis as to who should rule in making the final decision that illegal terrorist and offensive military actions are in the countries’ best interests and thus should have immunity.

I pose that it is way past time for the world public to join this fight, as with this tool remaining an option for the state-terrorists to use, they can kill any of us they want to with no fear of accountability. They just claim it was done for national security.

Compared to something like the BDS movement, global warming, or pandemic threats, etc., there is virtually nothing being done. If there is a well-funded think tank dealing with this, someone please advise me.

As long as a complete institutional standdown — aside from the Russians constantly harping about adhering to international law — this will never end, and will eventually lead to another major war, which I feel is the intent of the current policy of immunity for state-sponsored terror… Jim W. Dean ]

A Russian military adviser was killed in a mortar attack in Syria on February 1. According to sources in the Syrian army, the shelling could be conducted from the side of Turkey.

According to military correspondents Alexander Kots and Dmitry Steshin, the shelling of command posts of Syrian armed forces in the north of the country has become more frequent during the recent several weeks. Sources in the Syrian army said that the Turkish armed forces were involved in the shelling, in which a Russian officer was killed.

According to the Komsomolskaya Pravda newspaper, the military adviser died from multiple shrapnel wounds at artillery positions near the town of Salma. The Syrian army liberated the settlement in mid-January. The militants who were defending the town, were forced to retreat to the territory of Turkey.

On February 3, the Russian Defense Ministry reported that ISIL militants conducted an attack on a garrison of the Syrian Army, in which a Russian military advisor was killed on February 1. The officer, who was helping the Syrian military to use new weapons, was posthumously nominated for a state award.

A video was later exposed, in which Turkish artillery is seen shelling the territory of a foreign country. Russian Defense Ministry officials stated that they were expecting a quick reaction from NATO and the Pentagon to explain the actions of the Turkish armed forces.

Prior to the incident, Turkey, without providing any evidence, accused Russia of violating its airspace.

The Pentagon quickly confirmed the statement from the Turkish side, but failed to present any confirmation. Pentagon officials said that there were images that could not be exposed to the general public. To crown it all, Turkey demanded Russia should explain its actions to NATO.

“Those who warn us about certain consequences without investigating anything at first, need to think that they are falling into a trap that their Turkish partners are arranging for them,” Major General Igor Konashenkov said.

“The Russian Ministry of Defence has recently received video footage from the Syrian General Staff that shows artillery hardware and large-caliber self-propelled artillery units on a Turkish frontier outpost. A few months ago, there were no weapons on the outpost at all. The video shows that the Turkish self-propelled artillery units are shelling the territory of the Syrian Arab Republic, particularly cross-border settlements,” the official added.

“This is an irrefutable proof that confirms the fact that the Turkish armed forces shell Syrian border settlements from large-caliber artillery systems,” Konashenkov also said.

Nothing has been reported about Turkish reaction yet.

Putin’s spokesman Dmitry Peskov told reporters that Russian military men do not take part in ground operations in Syria. Peskov explained the presence of advisors with the need to train Syrian military men and teach them how to operate new weapons and military hardware.

Russia shouldn’t have interfered in Syria?