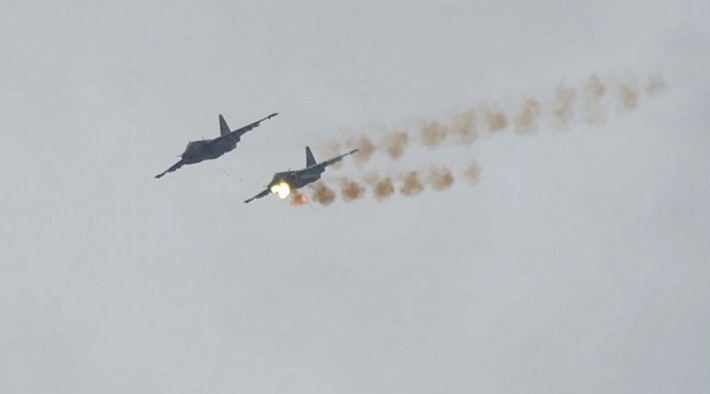 According to him, terrorists sustain heavy losses due to Russian airstrikes.

The militant forces in the Syria’s north are taking casualties and are falling back to the Turkish border, Russian Defense Ministry spokesman Igor Konashenkov said.

“In order to retain at least some semblance of a fighting capacity, the militants’ forces in the Syria’s northern regions continue abandoning their positions and falling back to the Turkish border,” Konashekov told media.

According to him, the militants’ leaders are forced to focus their efforts on evacuating their wounded fighters and attempting to restore control of the situation.

“The soldiers of the Syrian Arab Army, aided by popular forces, have driven back the militants in the province of Aleppo and lift the blockade from the settlements of Nubul and az-Zahra that were besieged for over four years,” he added.

Terrorists trained teen suicide bombers in Syria to carry out terrorist attacks in the country, Maj.Gen. Igor Konashenkov said. According to him, the oldest among the suicide bombers has just turned 16 years old; and the youngest one is 14.

“According to the data provided by the representatives of the Syrian opposition, al-Nusra Front and Ahrar ash-Sham terrorist groups trained a group of teenagers to be suicide bombers in the Syrian province of Idlib. The terrorists were planning to use the teens to carry out terrorist attacks against civilians in the provinces of Damascus, Homs and Latakia,” the spokesman added.