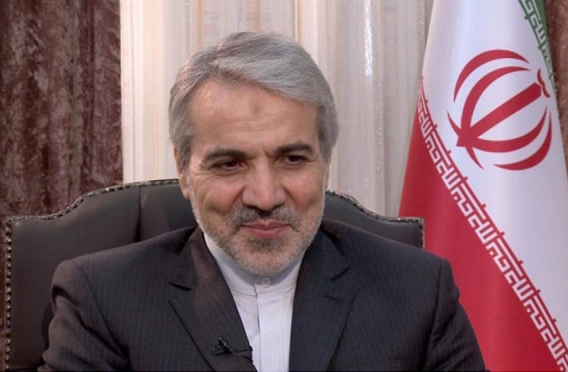 $100 Billion of Iranian Assets Released: Spokesman
Iranian assets of over 100 billion dollars are released and we can use it, Spokesman said in an exclusive interview with Al-Alam News Network.

Mohammad Baqer Nobakht, the spokesman for the Iranian administration in an interview with Al-Alam News Network in “Men Tehran”(From Tehran) on Sunday in response to a question mentioning if Iran is able to achieve its blocked assets, after more than two weeks of sanction cancellation said: “part of abroad sources which are in the form of foreign exchange, owns to the Iranian state, the other part is the reserves of the Central Bank, other part is the National Development Fund and other refers to state-owned banks and companies.”

In response to a question about the amount of these assets he said to this stage, more than a hundred billion dollars, but the government’s share of this stage is six to seven million dollars, while the central bank and the National Development Fund is high.

In response to the question of whether Iran intends to bring these assets into the country or move to friendly countries, he said: “Iran’s oil revenues in Islamic Republic of Iran accounts’ overseas are existed and now Iran’s oil goes to the government account in foreign banks, the issue that the central bank is selling us dollars, except amount that the country needs to import or export, transfer to the banks and the banks can use it.”

There is NO Limitation in Economic Issues with U.S.A

About the Possible economic relations with America spokesman mentioned: “diplomatic relations with this country are defined and what is required is fundamental changes in their policy, but there is no restrictions in technology investment and imports.”

5 or 6 Airbus Aircraft Entering the Fleet This Year

He announced signing multiple protocols and agreements with France and Italy, particularly in the automotive and aviation industry, and the opening in these sectors including spiritual achievements made by president’s recent trip. 5 or six of the 118 Airbus that is scheduled to enter airline’s fleet, will deliver this year.

Mentioning Total as one of Iran’s cooperators in oil fields he points: “with the lifting of sanctions, total again announced to resume agreement between the two sides.”

The Agreement with Boeing to Be Signed in the Future

The government spokesman also noted that as Iran has agreed with France to buy aircraft from Airbus, Boeing will also reach the agreement.

Spokesman said: “Therefore, our planning for next year is based on the production 2 million and 250 thousand barrels of oil and condensate daily.”

Over 500K Barrels Will Be Exported

Spokesman stressed that the end of this year we will export more than 500 thousand barrels.

Asked about reports of a possible visit of Prime Minister of Japan he said that Japan is a good partner, but the exact date for the visit has not been determined and the Japanese Prime Minister to visit Iran in the near future.