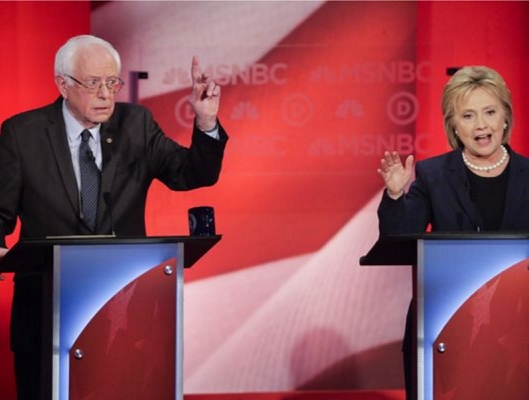 The final two Democratic presidential candidates both vowed Thursday not to send combat troops into Iraq and Syria if they become commander-in-chief, but they also hinted that the U.S. deployments in Afghanistan could continue well into the future.

Former Secretary of State Hillary Clinton and independent Vermont Sen. Bernie Sanders also both promised to stand up against Republican plans to “privatize” the Department of Veterans Affairs, fixing the existing system instead of backing voucher systems they say could undermine veterans’ care.

On the fight against the Islamic State group, Clinton reiterated her support for employing increased airstrikes and special forces missions. But she said large deployments of combat troops to the Middle East are “off the table,” and that success depends on building foreign allies’ security forces.

“Given the threat that ISIS poses to the region and beyond, as we have sadly seen in our own country, it is important to keep the Iraqi army on a path where they can actually take back territory,” she said. “Work with the Sunni tribes in Anbar province and elsewhere so that … they’re doing the fighting. We’re doing the support and enabling.”

Sanders generally echoed those ideas but emphasized the need for better intelligence in the region and warned against all escalation of force overseas. “We must not get involved in perpetual warfare in the Middle East,” he said.