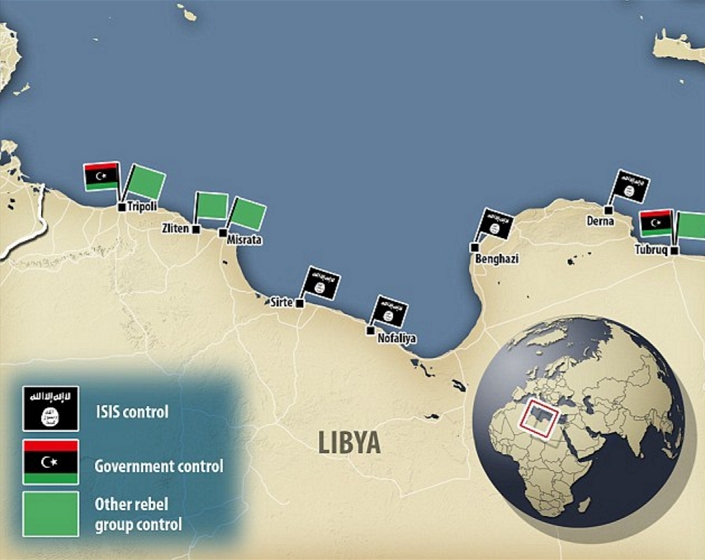 A top Libyan intelligence official says that increasing numbers of top Islamic State (ISIS) commanders have relocated from Iraq and Syria in recent months to Libya, especially around the town of Sirte.

ISIS took over that city back in 2014 and has since been exploiting the chaos in Libya in order to successfully attain and consolidate a foothold.

“The majority [of ISIS members in Sirte] are foreigners, around 70%,” Ismail Shukri, the intelligence chief in the city of Misrata told the BBC. “Most of them are Tunisians, followed by Egyptians and Sudanese and a few Algerians.”

“Add to that the Iraqis and the Syrians,” he continued, “Most of the Iraqis come from Saddam Hussein’s disbanded army.”

“Some of their members, especially those with long-term importance to ISIS, are taking refuge here. They view Libya as a safe haven.”

His interview came shortly after a meeting of 23 foreign ministers, whose countries are top members in the United States-led anti-ISIS coalition, gathered in Rome to discuss the increasing ISIS threat in Libya.

US Secretary of State John Kerry said that unless they procure Weapons of Mass Destruction the US had no plans to militarily intervene against them in Libya, reasoning that it is up to the Libyans to do that.

However Libya remains divided between rival factions and weak. One commander, Mohammed al-Bayoudi, told the BBC that, “Certainly we would welcome NATO support [against ISIS]. But air strikes alone cannot defeat ISIS. What the army really needs is logistical support.”

“We Libyans will fight,” he added. “There is no need for foreign troops.”

Sirte was the former hometown of Libyan dictator Muammar Gaddafi and was where he met his grisly end at the hand of armed fighters opposed to his rule in 2011.